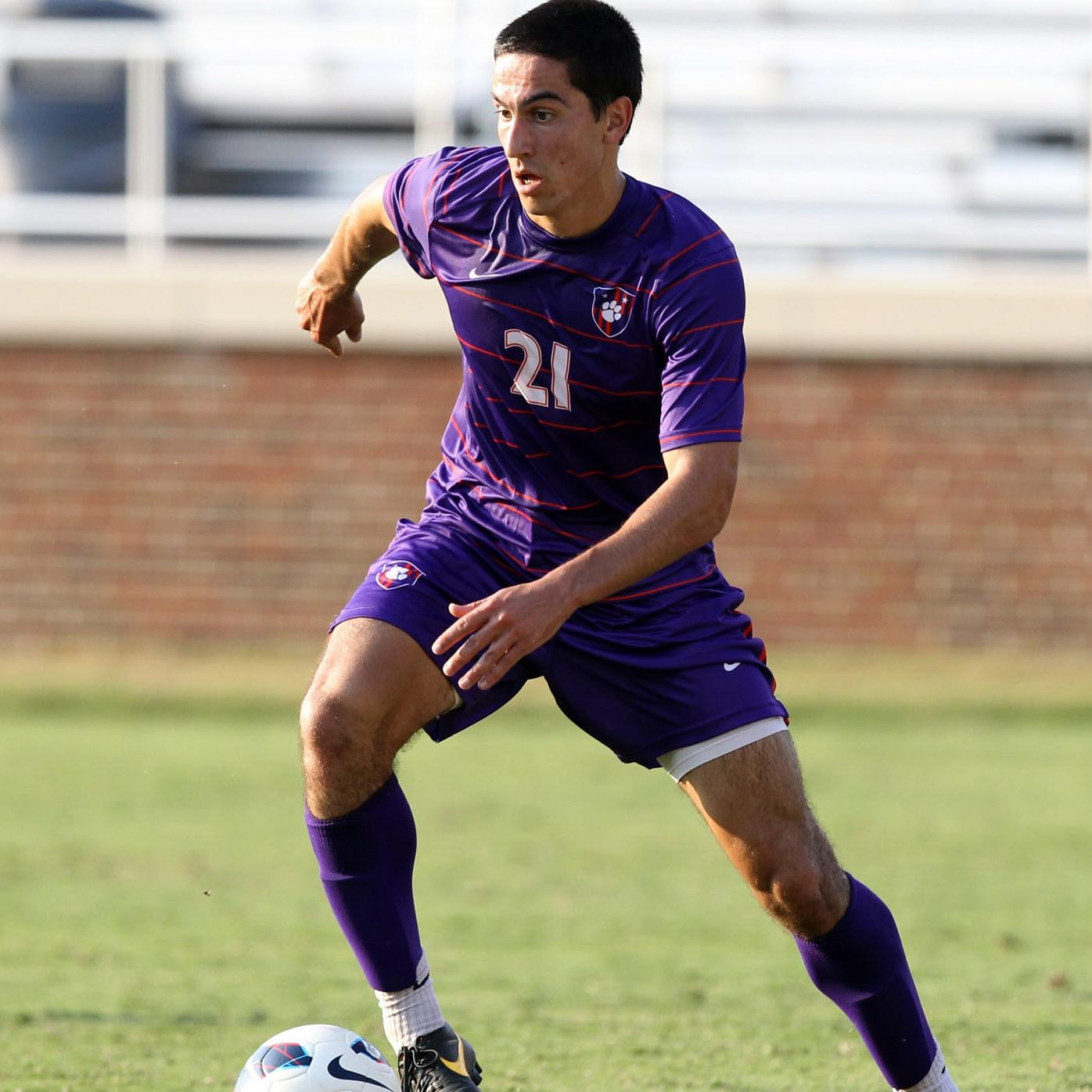 COLUMBIA, S.C. – The Clemson men’s soccer team fell to South Carolina by a score of 2-1 in double over time on Tuesday evening at Stone Stadium in Columbia, S.C. The Tigers fall to 1-1 with the loss, while the Gamecocks improve to 1-1.

It was the second straight year that the game between the two teams reached double overtime. In 2013, the Tigers won on a golden goal by Thales Moreno, scored 1:36 into the second extra period. This year, the Gamecocks’ Koty Millard scored the game winner 2:12 into the second overtime.

The start of the game was delayed an hour and a half due to lightning in the area, and the two teams played a scoreless first half. A South Carolina player was issued a red card in the 58th minute, and the Tigers played with an extra man for the next 25 minutes.

In the 68th minute, senior Amadou Dia was taken down in the box resulting in a penalty kick. Senior Ara Amirkhanian handled the kick, and netted his first goal of the year in the 68th minute to give Clemson the 1-0 lead.

In the 81st minute, Amirkhanian was issued a red card, giving both teams 10 men on the field With three minutes remaining in regulation, the Tigers were called for a handball in the box, resulting in a PK for South Carolina. Mikkel Knudsen tied the game at 1-1 with the successful PK.

Neither team scored in the first overtime period, but the Gamecocks’ Koty Millard netted the golden goal in the 103rd minute to give South Carolina the 2-1 win.

Clemson flies to California Thursday morning to play in a weekend tournament hosted by San Diego State. The Tigers face host San Diego State on Friday, Sept. 5 at 10 p.m. EST. They cap off the tournament on Sunday, Sept. 7 with a match against #19 UC Irvine.