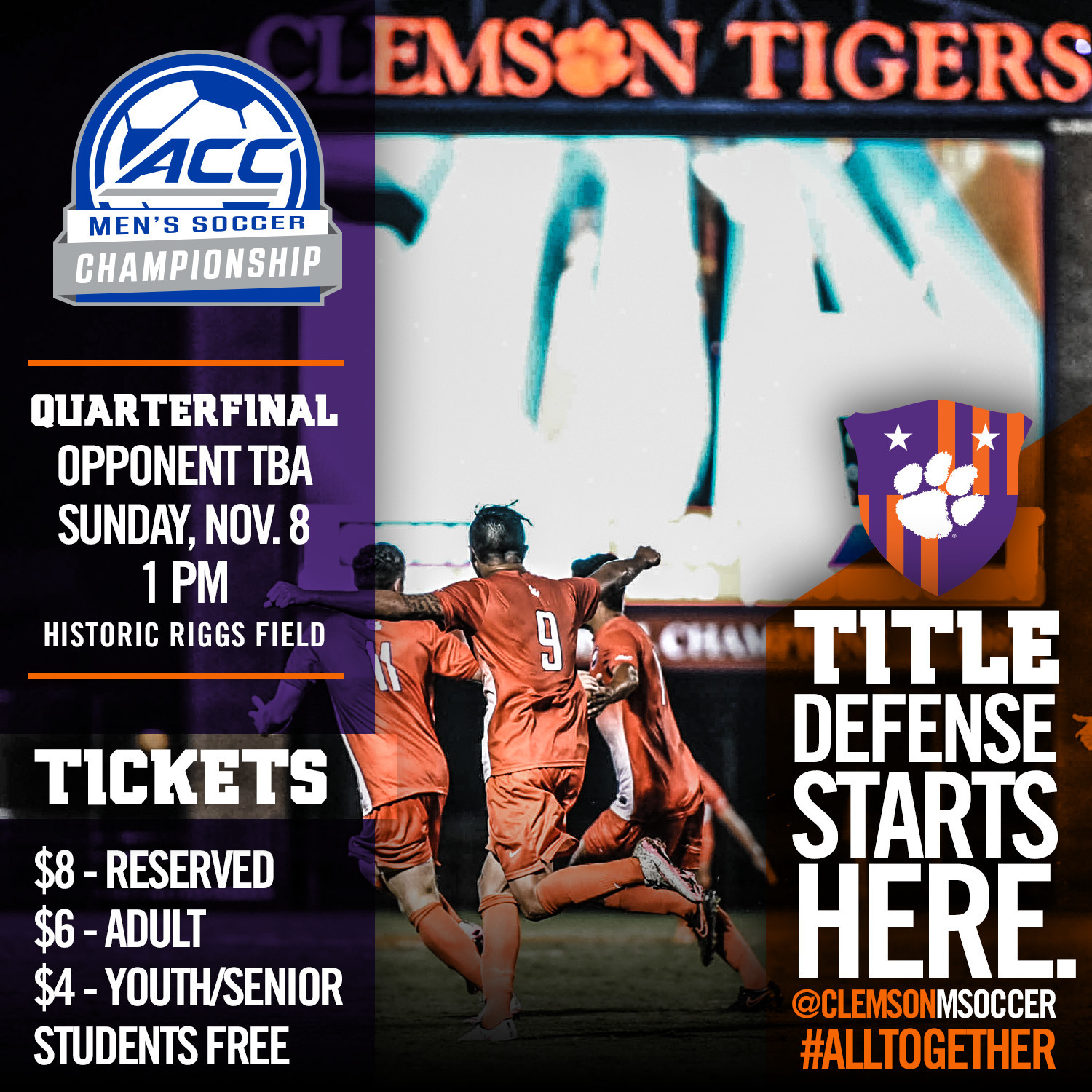 CLEMSON, S.C. – With its 1-0 victory over Boston College last Friday, Oct. 23 on Senior Night at Historic Riggs Field, the third-ranked Clemson men’s soccer team secured its place as one of the top-four seeds in the 2015 ACC Tournament. A seed in the top four guarantees the Tigers a first round bye, and also guarantees that the team will host an ACC Quarterfinal game on Sunday, Nov. 8 at 1 p.m.

Clemson is now the only ACC school to host a conference tournament match each of the last four years, as Head Coach Mike Noonan’s program has hosted a quarterfinal contest each season since 2012. In last season’s ACC Quarterfinal game at Riggs on Sunday, Nov. 9, the Tigers tied Wake Forest 1-1 in double overtime, and then advanced in penalty kicks, 3-2. The team then traveled to Cary, N.C. for the semifinals and finals, tying Notre Dame in the semis and then advancing 5-4 on penalty kicks, before defeating Louisville in double overtime to claim the 2014 ACC title.