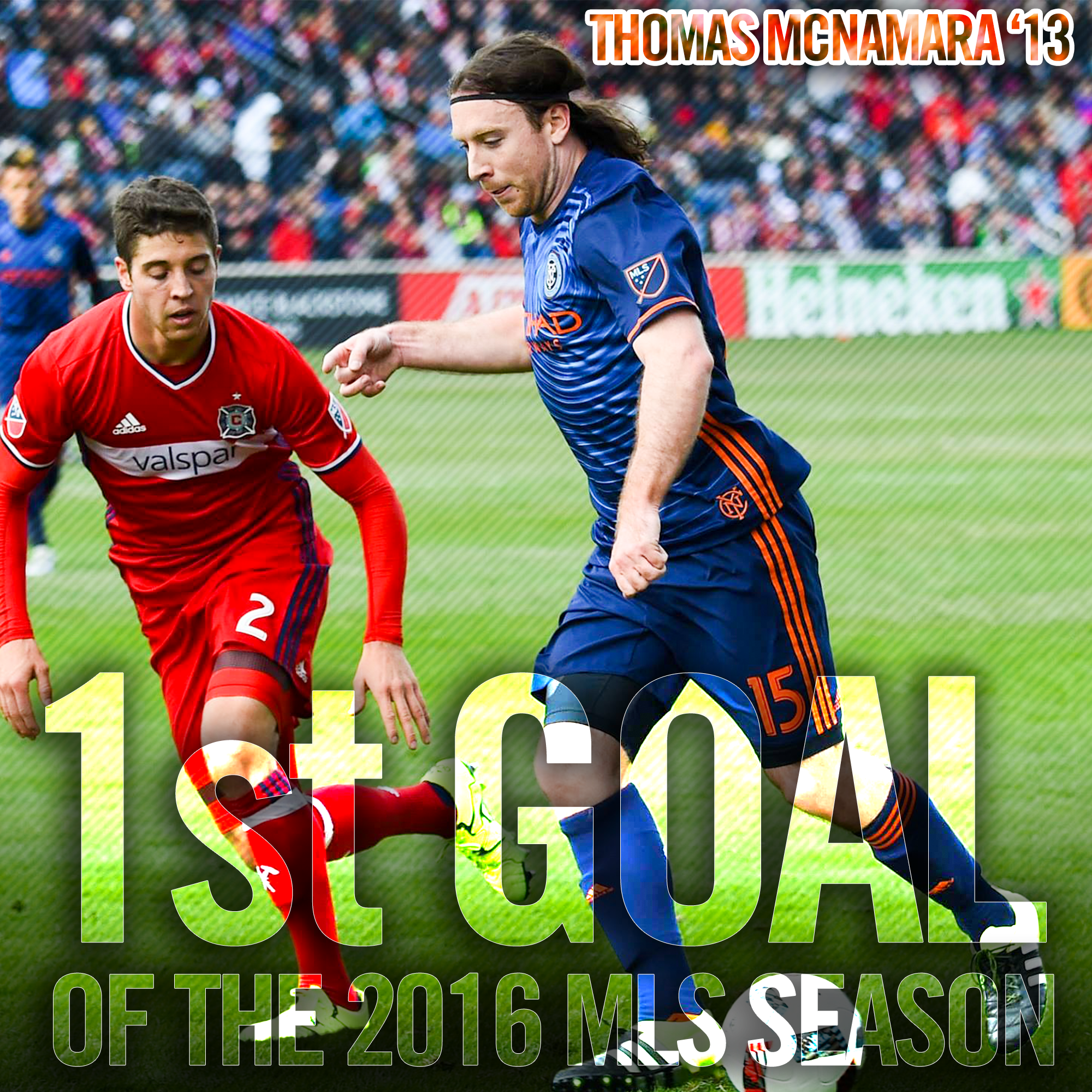 CLEMSON, S.C.- Three former Clemson Tigers made significant impacts on MLS opening weekend. Thomas McNamara certainly started off his 2016 campaign on the right foot, scoring the first goal of the MLS season. As the regular season gets rolling for the MLS and begins for other professional ranks you can follow @ClemsonMSoccer to keep up with all of the latest news on your Tigers in the pros.

Thomas McNamara registered the the first goal of the 2016 MLS season on Sunday. The midfielder who is originally from New York received a pass from Khiry Shelton 30 yards out and took a touch into space outside the box and ripped a shot off the post into the net. McNamara additionally recorded an assist along with three shots in a 4-3 win over the Chicago Fire. McNamara was also named to the first MLS Team of the Week for the 2016 season. NYCFC will be back in action on Sunday, March 13 against Toronto FC.

Amadou Dia started for Sporting KC against the Seattle Sounders on Sunday. Dia was matched up against Jordan Morris for most of the match. Once Seattle went a man down, Dia found himself in the attacking third for majority of the match, playing the full 90 minutes. Sporting Kansas City recorded the 1-0 win over the Sounders. Dia will be back in action Saturday, March 12 at 7:30 p.m. against Vancouver Whitecaps.

Joe Bendik got the start in net for Orlando City SC season opener against Real Salt Lake in a remarkable 2-2 tie. Real Salt Lake was handed a penalty kick opportunity that slipped by for the first goal of the match, Bendik added two saves on the day. Orlando City had 60,147 fans in attendance. Bendik recorded 90 minutes and will be back in action on March 11 against the Chicago Fire.

Dane Richards of Miami FC in the NASL, started on March 3 against the Charleston Battery in a 1-1 tie. Two days later against Tulsa Roughnecks, Richards also saw time for Miami in their second preseason match of the year. Miami will be back in action on March 9 against Jacksonville.