Sometimes, when people are told they cannot do something, they nod, accept the verdict, and carry on doing something else. I don’t understand those people.

When I was told by the medical staff at Boston College that I’d be sidelined for five months during my junior year, the thought of playing again occupied my mind almost entirely every day. As a result of an injury I suffered that season, I needed to receive hip surgery. If I’m honest, I sort of knew I needed hip surgery, but hearing it from a man in a suit made it more of an order, so I conceded. But what I didn’t anticipate was that during this painful time of waiting, I had the rare opportunity to stop and reflect. 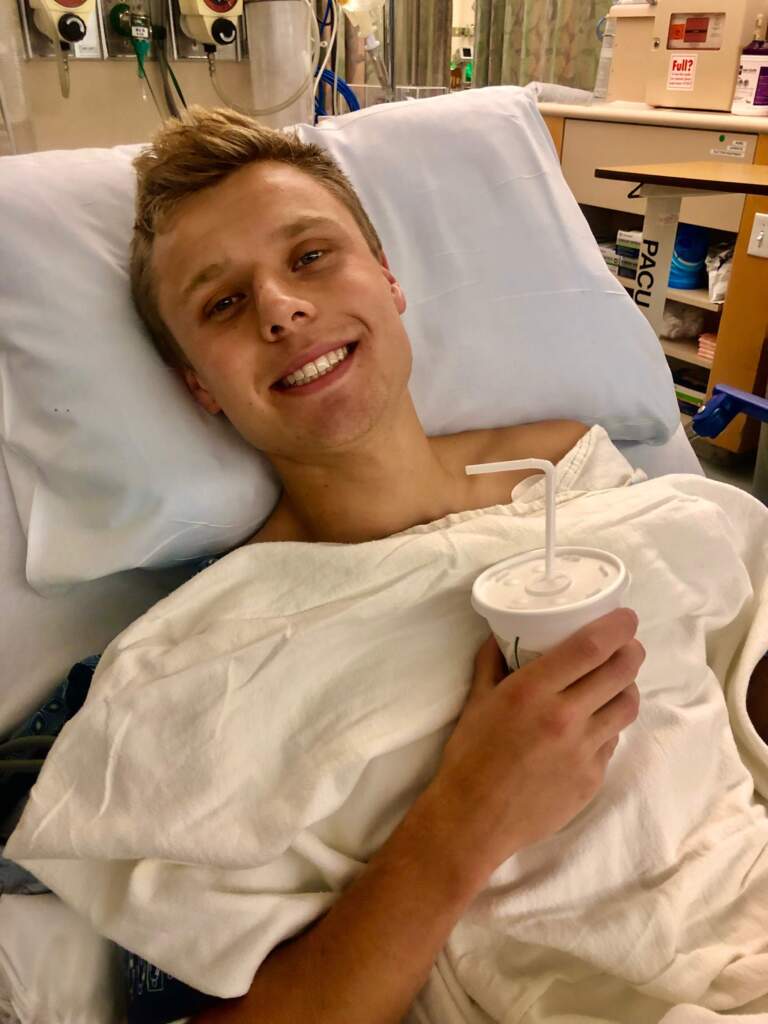 For an athlete, momentum is gold dust. We practice, we progress, we keep moving until we reach a mechanical state of flow that appears innate. And so, naturally, stopping scared me. However, it forced me to confront some pretty important questions:

How important is soccer to me in my life?

How good am I, really?

How good could I be?

First, let’s begin with the question – ‘how important is soccer to me in my life?’ There’s no doubt soccer has been good to me. If it hadn’t, I wouldn’t have let it dictate so much of my life. But every athlete goes through those lost spells when their love for the sport is challenged, and you have to really bite your collar and fight to dig yourself out.

My surgery came at a strange time because I was in the middle of one of those lost spells, perhaps for the first time ever. The time away from playing allowed me to really recalibrate.

“Sometimes you need to take one step back in order to go two steps forward.”

Boston College gave me all the support I needed during my red-shirt senior year, for which I’m incredibly grateful. But, after taking a step back because of this injury, I now wanted to take ten steps forward. That’s how important soccer is to me. That is why I am now at Clemson.

Clemson was the first school I reached out to on the transfer portal. Having played against them for years in the ACC, I admired and respected the program and their dominant style of play. There was a confidence and power about them on the pitch that was unmatched. The name even said it – they are Tigers.

A part of me wishes that I could say Clemson immediately responded with a dozen exclamation marks (maybe a smiley-face emoji), and it was an instant done deal, but the process required much care and thought, so I was careful not to rush my decision.

Over the next few weeks, things were moving at an extraordinary pace, and I visited some great schools with strong programs and impressive coaches. The process is like dating, which is weird to say, but it’s true. Everyone is sort of flirting, sort of selling their best self, but you only get it right if you’re being honest. It’s funny, the interest I received from such a number of top schools because I was patient with the process, actually, helped in part to inform my answer to my second question – ‘How good am I really?’

Having visited three strong schools, I got a call from Coach Phil Jones. “Callum, mate, it’s Phil Jones from Clemson. Just come down for a visit. We want to get you on campus.” The paperwork was sorted, and after much anticipation, I was finally ready for my fourth and final visit. From the very start, the coaches looked after me and made me feel special. It was a personal visit, which made me feel that I wasn’t joining just any other program, but a program with clear morals and a philosophy of how things are to be done.

Clemson’s campus is one of those places that is almost magical. It’s like a utopia for athletes. Every player’s dream is to play on pristine grass, and Clemson was covered with it. Even the common areas! In the evening, the lights illuminated Historic Riggs Field and the stage was set for the squad’s ACC Quarterfinal match. While it was pretty thrilling to watch them convincingly thrash Notre Dame 3-0, the reality is that I had made my decision on the portal, on the plane, over and over again long before kickoff. There’s an aura about Clemson, a feeling of history, success, and pride. I wanted everything to do with that. A few days later, it was official. I was a Tiger.

These last few months at Clemson have solidified everything I previously thought about the school and the program. It’s a beautiful campus. The team has been extraordinarily accepting. The level and speed of play is the best in the country, in my opinion, and the coaching staff has been honest with me from the very start.

I can’t stress enough that detail of real honesty and open communication between players and staff. It sounds obvious, but it’s actually quite rare. It’s such a critical factor for any player to consider when making the right decision.

This brings me to my last question – ‘How good could I be?’

I don’t know the exact answer, of course, but it’s an important question to ask yourself. You need that north star. I am certain of a few things. Firstly, I wouldn’t have committed to the number one ranked team in the nation if I didn’t really think I could make an impact. Secondly, I know that whatever happens, Clemson Soccer will get the very best out of me and develop me into the best possible player I can be. That’s a path I’m excited to explore. 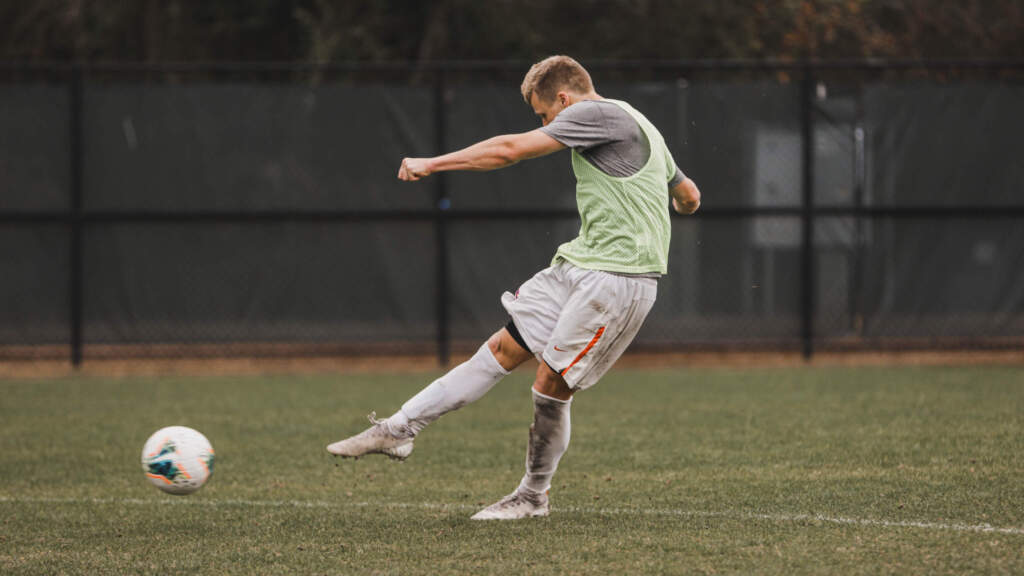 Obviously, it’s been a bit of an ‘awkward’ Spring season, one that I don’t think anyone could have possibly anticipated. I am, of course, happy to have gotten a few goals against Duke and NC State and develop strong relationships with my teammates. With the remainder of the Spring season canceled and the future, somewhat, uncertain, I’ve realized now is not the time to feel sorry. I’ve faced challenges before; that’s how I ended up at Clemson. This is just another obstacle along the road, and I’m excited to see what it brings for me and the team next.

“This is just one step back for what will be ten steps forward! ”

I hope everyone stays safe and healthy, and I can’t wait to be back at Clemson. Go Tigers! 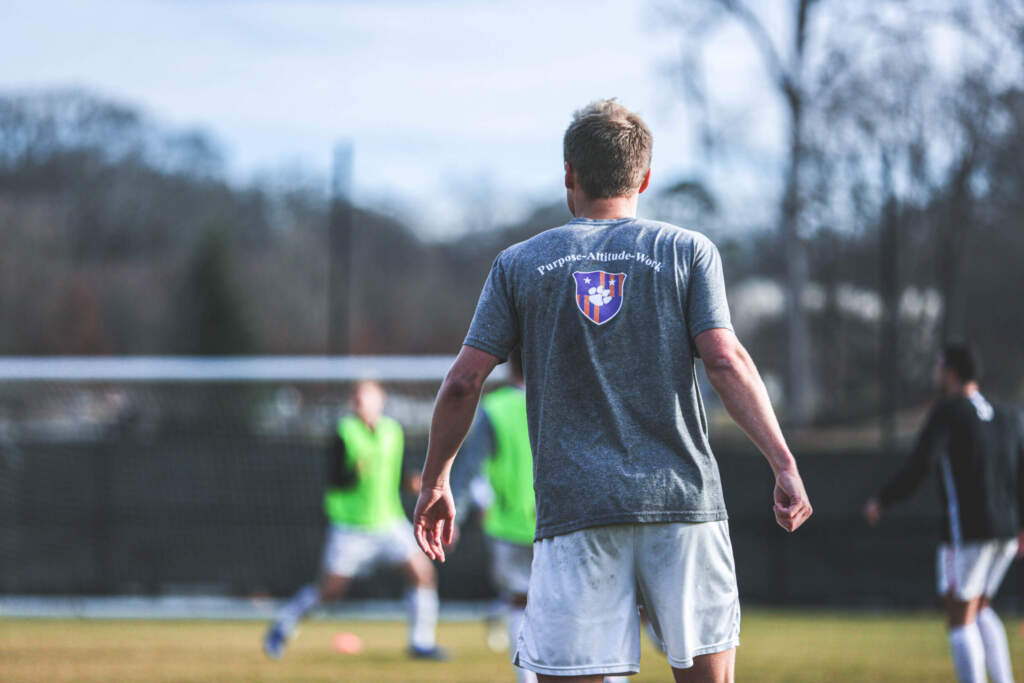