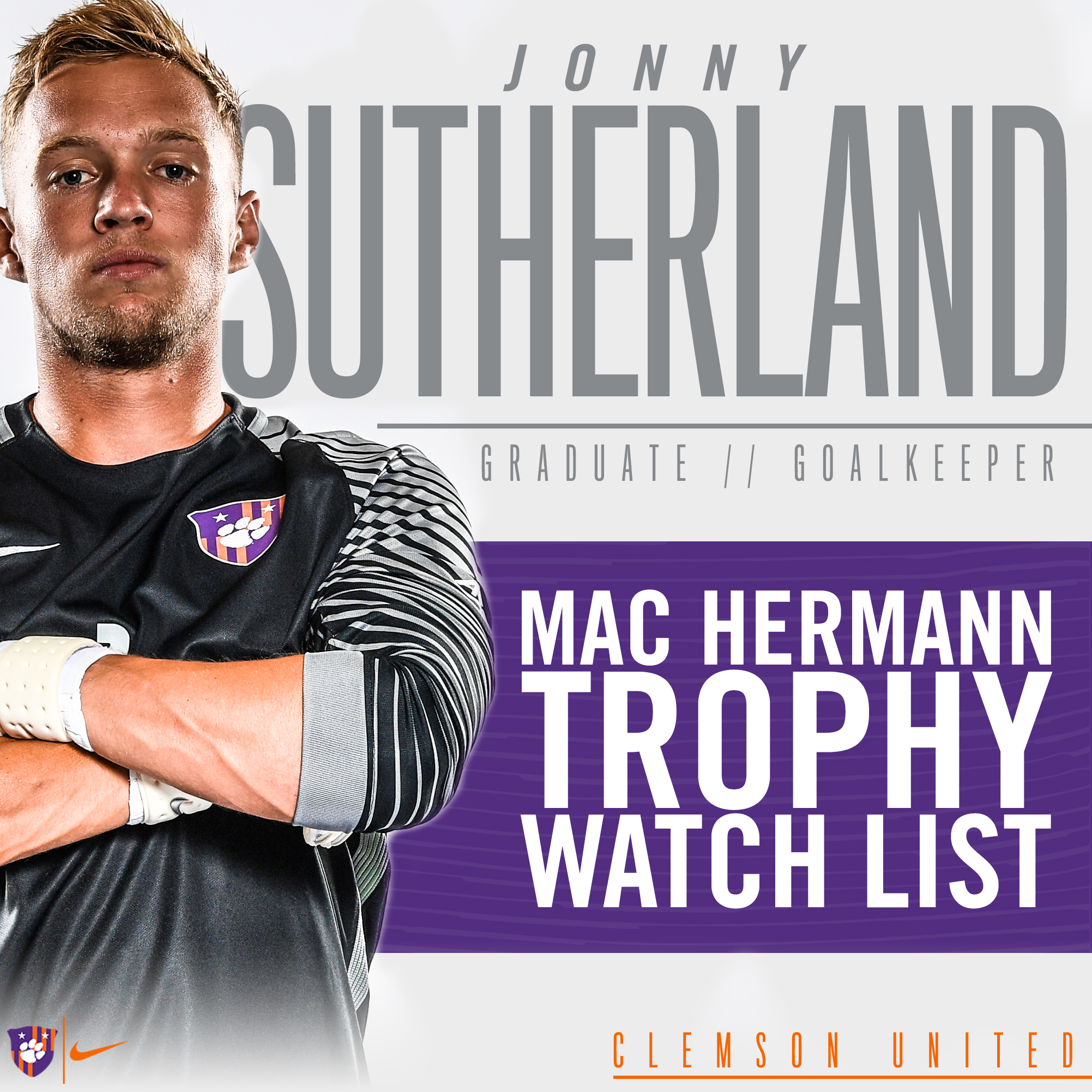 CLEMSON, S.C. – Clemson goalkeeper Jonny Sutherland has been named to the 2018 MAC Hermann Trophy Watch List, as announced by the United Soccer Coaches and the Missouri Athletic Club on Thursday. The Chester, England native is one of 32 players on the Men’s Watch List that includes just four goalkeepers.

Sutherland transferred to Clemson after graduating in three years from ETSU, where he had a decorated career. In his three years as the Buccaneers’ starting keeper, he was awarded SoCon Goalkeeper of the Year twice (2016, 2017) and became the first player in ETSU men’s soccer history to earn All-American honors when he was named to the third team by the United Soccer Coaches in 2017. Sutherland is set to officially begin his Clemson career on Friday, when his No. 11 Tigers face the No. 10 Duke Blue Devils for their first preseason match of the 2018 season.

About the Award:
The MAC Hermann Trophy, presented by World Wide Technology, is the most prestigious individual award in college soccer and is presented annually to the most outstanding male and female players of the year. This year’s winners will be announced Friday, Jan. 4, 2019 at the Missouri Athletic Club in St. Louis.