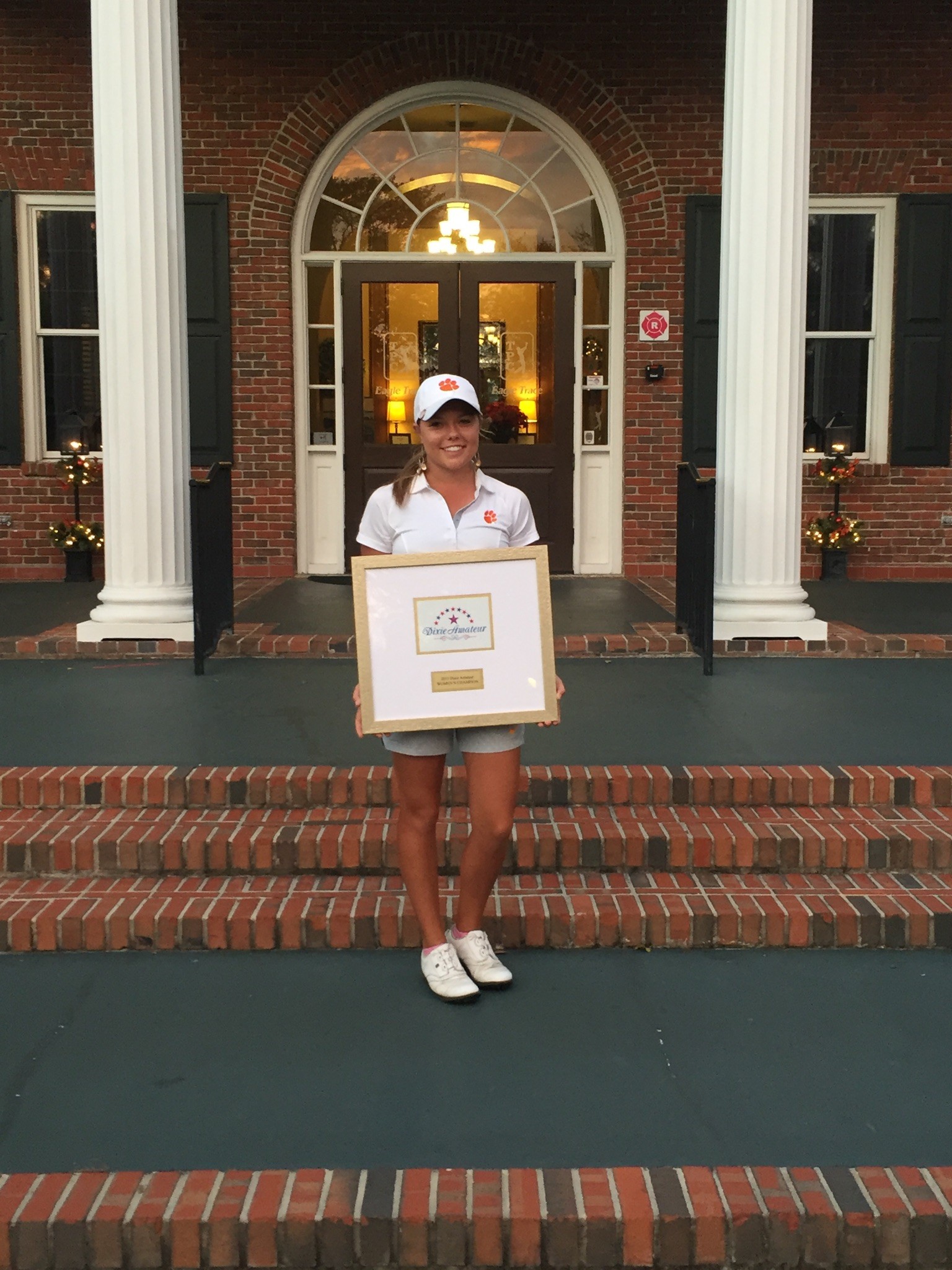 Clemson, S.C.—Clemson freshman golfer Lauren Stephenson won the Women’s Dixie Amateur Championship in Coral Springs, Fla. on Saturday afternoon.  Stephenson won the event that included an original field of 137 players, by two shots over Maria Fassi, an amateur from Mexico who has signed to play at Arkansas next year.

The four-day 72-hole event was played at Heron Bay Golf Club and the TPC Eagle Trace.

Stephenson shot a 74 in the final round on a difficult day for scoring on the TPC Eagle Trace Course.  The average score for the 75 players who made the 54-hole cut was 80 and only two players broke par.

An eagle on the par five eighth hole was pivotal for Stephenson, who was one of just two players in the field to make an eagle on Saturday.   The native of Lexington, S.C. finished the tournament with 15 birdies and that eagle and played the par four holes and the par five holes in four-under-par for the week.

Stephenson shot a 67 in the opening round at Heron Bay to tie for the lead after the first round.  She had seven birdies in that initial round on the par 72 course.  After a second round one-under-par 71, she came back with a three under par 69 in the third round to take a two-shot lead entering the final round.

Clemson Sophomore Marisa Messana also played in the tournament and finished tied for 84th after rounds of 73-81-75 for a 229 total.

Stephenson is second on the Clemson team in stroke average through the fall schedule with a 72.83 figure.  She was co-medalist of the Yale Fall Intercollegiate with Emily White of Michigan on October 11 and finished in the to 25 in all four tournaments.  She is a reason Clemson three had three top five team finishes in four events in the fall.