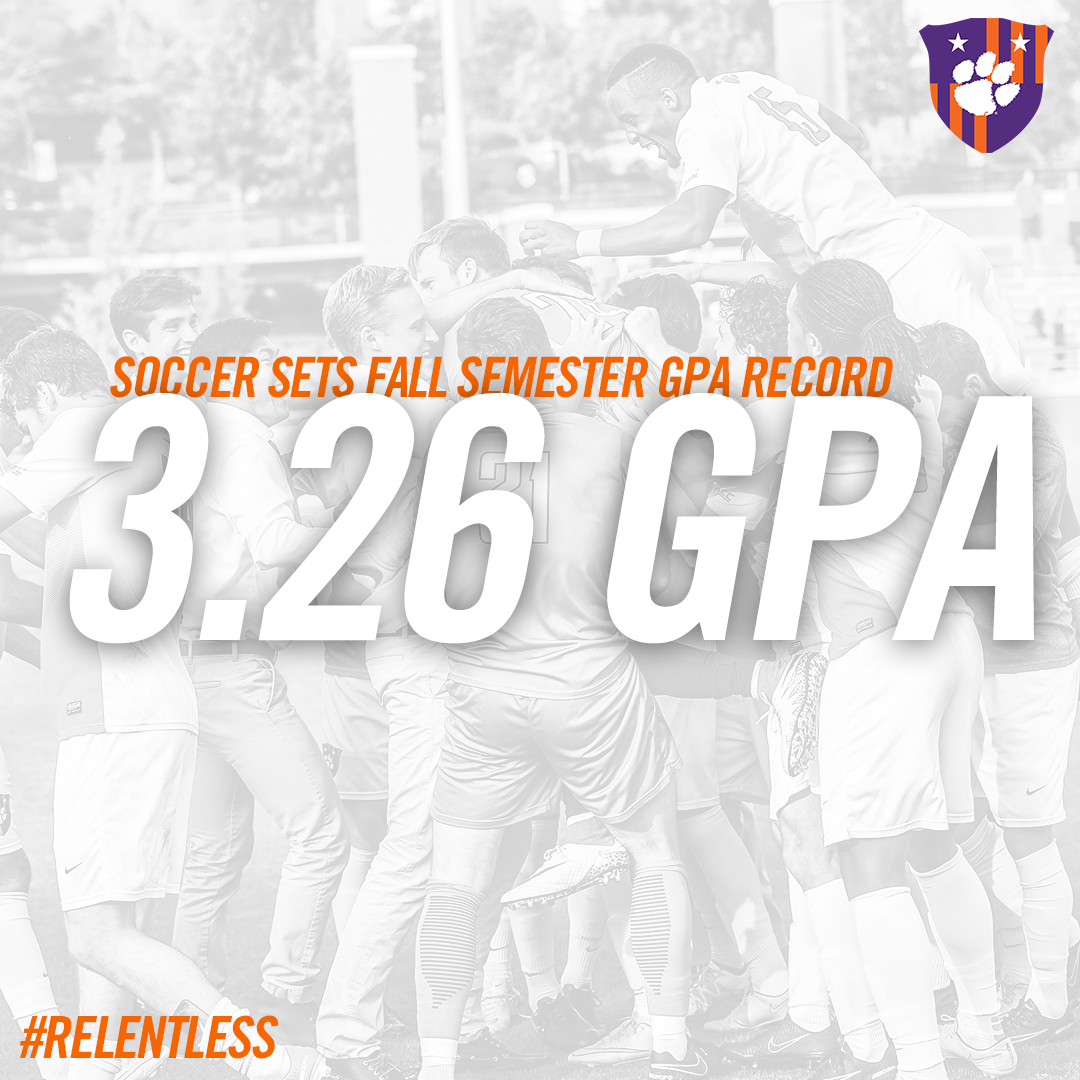 CLEMSON, S.C. – One year after setting the fall record with a 3.23 GPA as a team the Clemson men’s soccer team broke that record this fall with a 3.26 team GPA. This is the fifth semester in a row that a GPA record has been broken by the Tigers. The team also had an impressive eight 4.00 GPAs.

The 3.26 GPA was only .03 shy of being the top GPA for all male sports at Clemson. Also, 69 percent of the team made a 3.00 or higher. The academic success all comes while playing in the toughest college soccer conference in the country and advancing to the Elite Eight of the NCAA Tournament in 2016.

The Tigers now turn their attention to the spring semester to try and break yet another record in the classroom. The team recorded a 3.50 GPA during the spring of 2016, and that was the highest among all Clemson men’s teams.