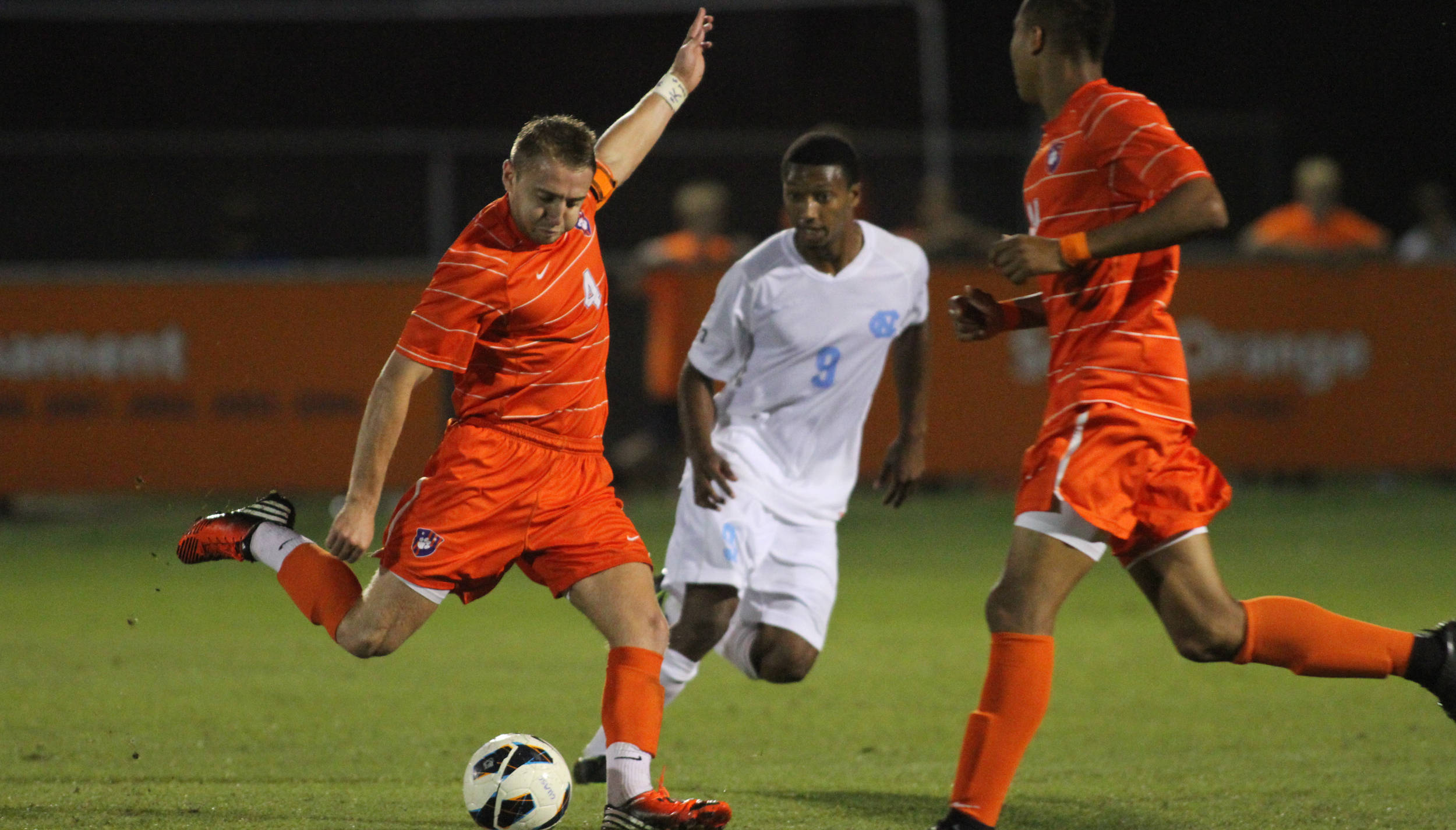 CLEMSON, SC – Evyn Hewett’s Golden Goal in the 93rd minute lifted the San Diego State men’s soccer team to a 1-0 victory at Clemson Friday night at Historic Riggs Field.  With their second straight win, the Aztecs improve to 6-6-2, while the Tigers fall to 5-8-3.

The two teams were facing each other 25 years after they clashed in the 1987 NCAA national championship game.  Clemson won that game 2-0 on December 6, 1987 to win the National Championship at Historic Riggs Field.

The game was well-played and even for the full 90 minutes.  Both teams had their chances over the course of regulation, but neither side could find the back of the net.”It’s very difficult,” said Clemson Head Coach Mike Noonan.  “It’s been this way all year.   We are not mature enough to learn from our mistakes and that is very frustrating.  We had so many chances tonight that we should have finished.  We do not work together as a group, and we got what we deserved.  I thought we competed well, but give the credit to San Diego State.  I do not think we were ready mentally.  We do not have a winning mentality – this must be developed.”In overtime, the action went back and forth in the opening two minutes, but in the 93rd minute, the Aztecs scored the Golden Goal.  The ball found its way to the left side where Blake Wise connected with Kevin Bick.  Bick then sent in a ball that found Hewett, who positioned himself in the center of the box 10 yards from the goal line. The sophomore headed the ball into the right wall of the netting for his second goal of the season.San Diego State finished the game with a slight edge in shots, 14-11, and shots on goal, 4-1. Clemson, however, completed the evening with a 5-2 advantage in corner kicks.Clemson will play at Maryland next Saturday in the Tigers’ next action.   San Diego State 1, Clemson 0San Diego State – Evyn Hewett (Kevin Bick and Blake Wise)Shots:  Clemson 11, San Diego State 14Corner Kicks:  Clemson 2, Clemson 5Saves:  Cody Mizell (CU) 3, Blake Hylen (SDSU) 1Fouls:  Clemson 12, San Diego State 11Attendance:  1,282