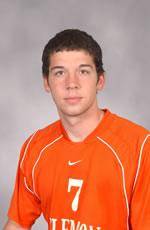 Roberts, a junior midfielder from Lawrenceville, Ga., recorded two goals for four points on the week. In the victory over Furman, Roberts scored the winning goal to give the Tigers the 3-2 edge.

Adogwa, a junior forward from Port of Spain, Trinidad, scored two goals for four points as the Blue Devils rolled to a 5-2 victory over South Florida.

All seven Atlantic Coast Conference Men’s Soccer teams will travel to the SAS Soccer Complex in Cary, N.C., to compete in the 2003 ACC Men’s Soccer Championship.