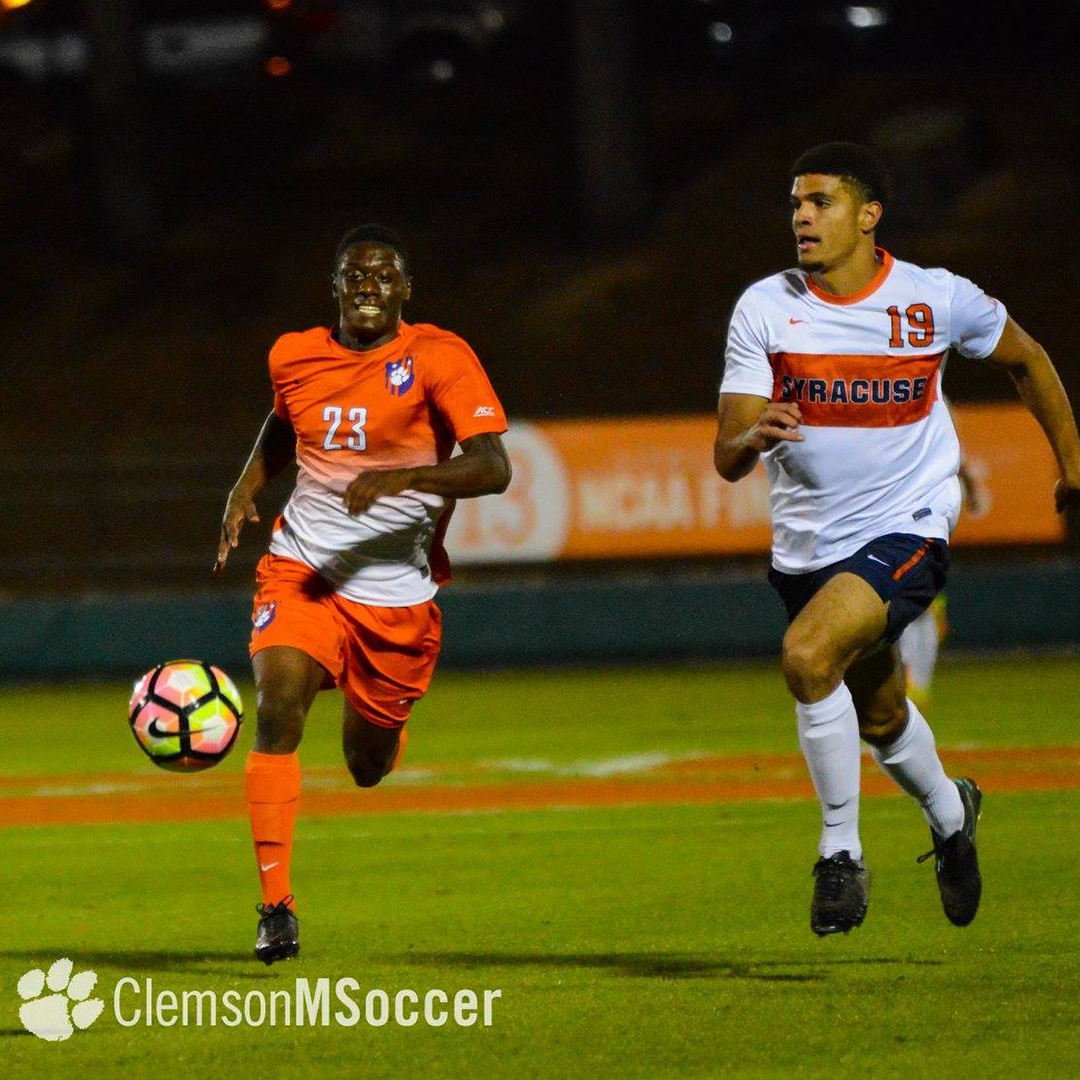 No. 8 Clemson Draws with No. 6 Syracuse Friday

CLEMSON, S.C. – The eighth-ranked Clemson men’s soccer team earned its eighth shutout of the season with a scoreless double overtime draw against sixth-ranked Syracuse on Friday night at Historic Riggs Field. The Tigers move to 9-2-4 (3-1-3 ACC), and the Orange move to 10-3-2 (3-2-2 ACC).

With 20 minutes played in the first half, Clemson held onto the majority of the possession creating two dangerous chances from balls played into the box by senior Aaron Jones, coming up empty both times to keep the score level at 0-0. Both sides would trade possession the rest of the half, but neither team was able to capitalize and take the lead into the halftime break.

In the second half, Syracuse came out quickly creating two opportunities for the breakthrough but the Clemson defense was able to clear its lines. After redshirt freshman, Trey Langlois checked in for the Tigers he provided a spark that put a strong Syracuse defense on its heels. The score remained knotted at zero despite a push from Clemson, and the Tigers would head to overtime for the fifth time this year.

Just seconds into the first overtime junior Grayson Raynor fired a low driving shot that was saved by Hendrik Hilpert of Syracuse, and we would head to a second overtime period. In the second overtime, just one minute in Jones ripped a shot from 25 yards away, but Hilpert made a spectacular save to keep the score level. Clemson’s overtime record this year moves to 0-0-5.

“Disappointed we didn’t win because we had the chances against a good Syracuse team,” said Head Coach Mike Noonan. “Defensively we were sound, but in the final third, we could have created more chances and the ones we had we needed to finish. That is what championship performance is.”

In the match, Clemson was outshot by Syracuse 11-7. Miralles recorded two saves and moves to 7-1-4 overall, recording his seventh solo shutout.