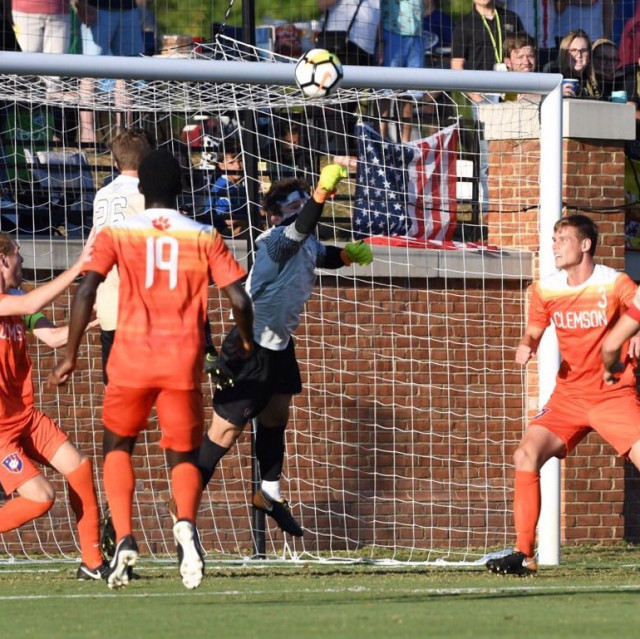 No. 6 Clemson Falls at No. 2 Wake Forest

WINSTON-SALEM, N.C. – Robbie Robinson scored twice for the No. 6 Clemson Tigers, but the No. 2 Wake Forest Demon Deacons emerged the 3-2 victors in double overtime on Friday night at Spry Stadium. With the loss, Clemson moved to 8-2-0 overall with a 2-2-0 record in the ACC, while Wake Forest improved to 10-1-0 overall and 4-0-0 in conference play.

The Demon Deacons got on the board in the sixth minute when Ema Twusami scored his sixth goal of the year after connecting with Luis Argando. Robinson scored the equalizer in the 35th minute, tapping in a feed from a Diego Campos free kick. Both teams had scoring opportunities as the half expired but went into the break tied 1-1.

Twumasi opened the second half scoring in the 59th minute, scoring his second goal of the night and seventh for the year on a shot placed just past the outstretched hand of Miralles into the left corner of the net. But the Tiger offense did not back down, gaining multiple scoring chances before Robinson ultimately found the back of the net on a header after a another Campos free kick to tie the match in the 89th minute and send the two teams to overtime.

Both defenses kept the offenses at bay during the first overtime, as neither team attempted a shot on goal in that 10-minute period. Then, in the 103rd minute, Steven Echevarria scored the golden goal to seal the win for the Demon Deacons.

“It was two very good teams in a hard-fought battle tonight,” head coach Mike Noonan said. “It could’ve gone either way. But the little things are important, and we gave away two goals on defensive throw-ins, and that’s what bit us tonight. I’m really proud of the way the guys fought. They fought, obviously, all the way down to the very end. Overtime losses are very difficult, but we’ll be back and ready for Notre Dame next week.”

The Tigers have a week off before returning to Historic Riggs Field for a conference matchup with the No. 7 Notre Dame Fighting Irish on Friday, Oct. 6 at 7 p.m.