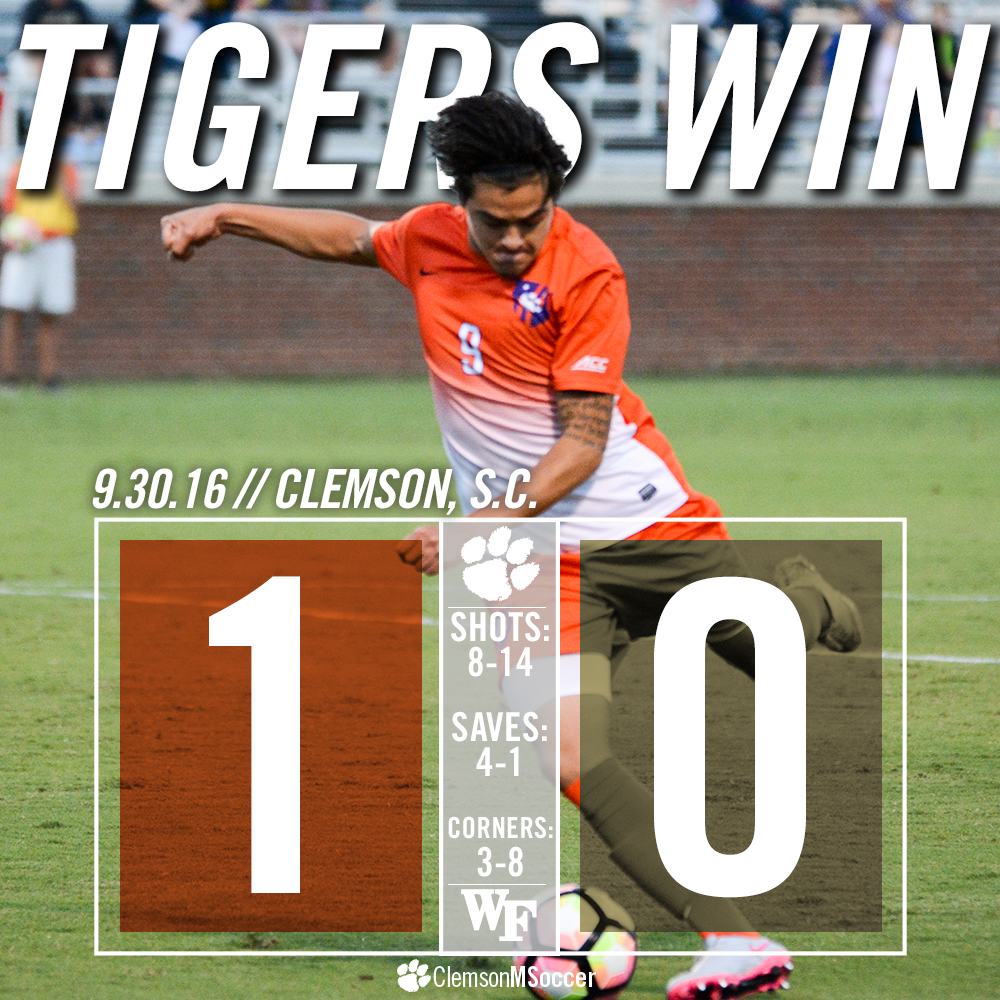 CLEMSON, S.C. – The fifth-ranked Clemson men’s soccer team claimed a hard-fought 1-0 victory over the 11th-ranked Demon Deacons of Wake Forest handing them their first ACC loss of the season. With the win, the Tigers improve to 7-1-1 (2-1-1 ACC) while the Demon Deacons fall to 8-2-1 (3-1).

In the first half, Clemson and Wake Forest looked to maintain the possession with both teams creating dangerous chances early in the match. In the 18th-minute the first real scoring opportunity came for the Tigers when junior Diego Campos played a through ball to senior Austen Burnikel whose shot sailed just wide. With ten minutes remaining in the first half sophomore Ximo Miralles came up with a great save pushing a Demon Deacon shot off the cross bar that fell to Wake Forest who took three quick shots that were all blocked by Clemson defenders to take a 1-0 lead into the half.

Just two minutes into the second half Campos got his foot on a cross by junior Grayson Raynor inside the six for his 5th goal of the season. The Tigers goal was only the 4th goal Wake Forest has allowed in ten matches. Wake Forest pushed for the equalizer, but sophomore defender Patrick Bunk-Andersen and the Clemson defense remained steady for the remained of the half not allowing the Demon Deacons to break them down. With one minute remaining Wake Forest was awarded a free kick from 25 yards out but were unable to capitalize.

In the match, Clemson eight shots and three corners. Miralles earned his second straight shutout victory with four saves and improved to 5-1-1 for the year.

The Clemson men’s soccer team returns to action on Tuesday, Oct. 4 at 6:00 against non-conference foe Coastal Carolina in Conway, S.C.