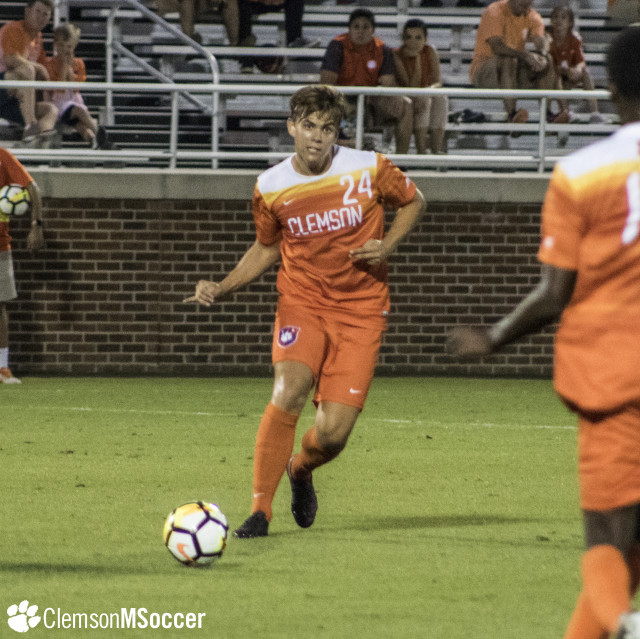 No. 5 Clemson Drops Heartbreaker to No. 9 Notre Dame

In the first half, the Tigers outshot the Fighting Irish 8-5, but neither team was able to find the back of the net in the opening 45 minutes. Jon Gallagher broke the scoreless tie in the 47th minute, netting his team-leading eighth goal of the season off a through ball from Blake Townes. Alexander Hemmingsen scored the equalizer just three minutes later, after Patrick Bunk-Andersen played the ball out wide to Jason Wright, who delivered a low cross that the freshman was able to capitalize on from two yards out for his first goal of the season.

Notre Dame retook the lead with two minutes remaining in the match on a header goal by Jeff Farina scored off a Gallagher free kick.

For the match, the Tigers outshot the Fighting Irish 19-8, with a 5-4 edge in shot on goal, and took 10 corner kicks to Notre Dame’s three.

“The game was about both boxes,” head coach Mike Noonan said. “They converted their chances, and we didn’t. We had opportunity after opportunity, and I thought the ball was going to go in the net for us. Some games are just like that, though. I feel badly for the team. Sometimes you play well and lose, and that’s what happened tonight.

The Tigers return to action on Tuesday at 7 p.m. at Historic Riggs Field when they host the Gardner-Webb Runnin’ Bulldogs.