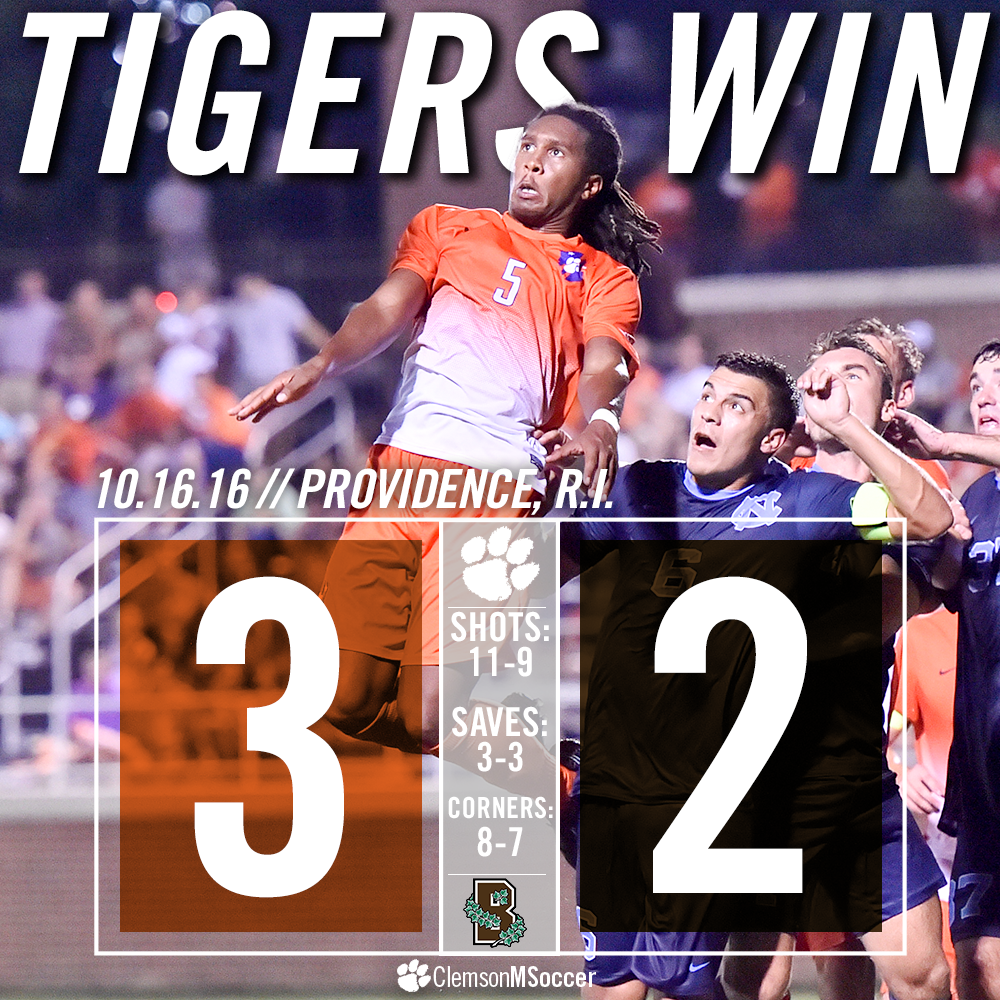 No. 3 Clemson Prevails Against Brown Sunday

PROVIDENCE, R.I. – The third-ranked Clemson men’s soccer team returned to its winning ways with a 3-2 victory over Brown University on Sunday afternoon in Providence, R.I. With the win, the Tigers improve to 9-2-3, and the Bears fall to 6-6-1 overall.

Both sides came out with high intensity flying around the pitch looking to dictate the pace of the match early on. In the 26th-minute freshman, Harrison Kurtz hit a half volley from 18 yards out for the first real scoring chance for the Tigers, but Norhagen of Brown was in a position to make the save. Just a few minutes later in the 31st-minute Clemson took a 1-0 lead when junior Oliver Shannon played a dangerous ball into the box that found junior Grayson Raynor for a side volley that for his second of the year. Six minutes later senior Mauriq Hill headed home a cross from senior Aaron Jones to give the Tigers a two-goal advantage over the Bears heading into the break.

Just four minutes into the second half Brown pulled a goal back from the Tigers after Tyler Long found the back of the net during a scramble inside the six-yard box. Just minutes later Long found the equalizer off a header from a long throw-in. In the 73rd-minute redshirt freshman, Andrew Burnikel got just enough of his foot on a cross from freshman Robert Campbell to take a 3-2 lead over Brown. The goal and the assists were the career first for Burnikel and Campbell. The Bears had their chances to level the score again, but sophomore Ximo Miralles made some big saves to help the Tigers return to the win column.

In the match, Clemson was outshot Brown 11-9 with six shots on target. Miralles recorded three saves and moves to 7-1-3 overall in his first season with the Tigers.

The Clemson men’s soccer team returns to Historic Riggs Field on Friday, Oct. 21 at 7:00 p.m. against Syracuse. The last time the two sides met was in the College Cup when Clemson advanced to the NCAA National Championship by way of penalty kicks.