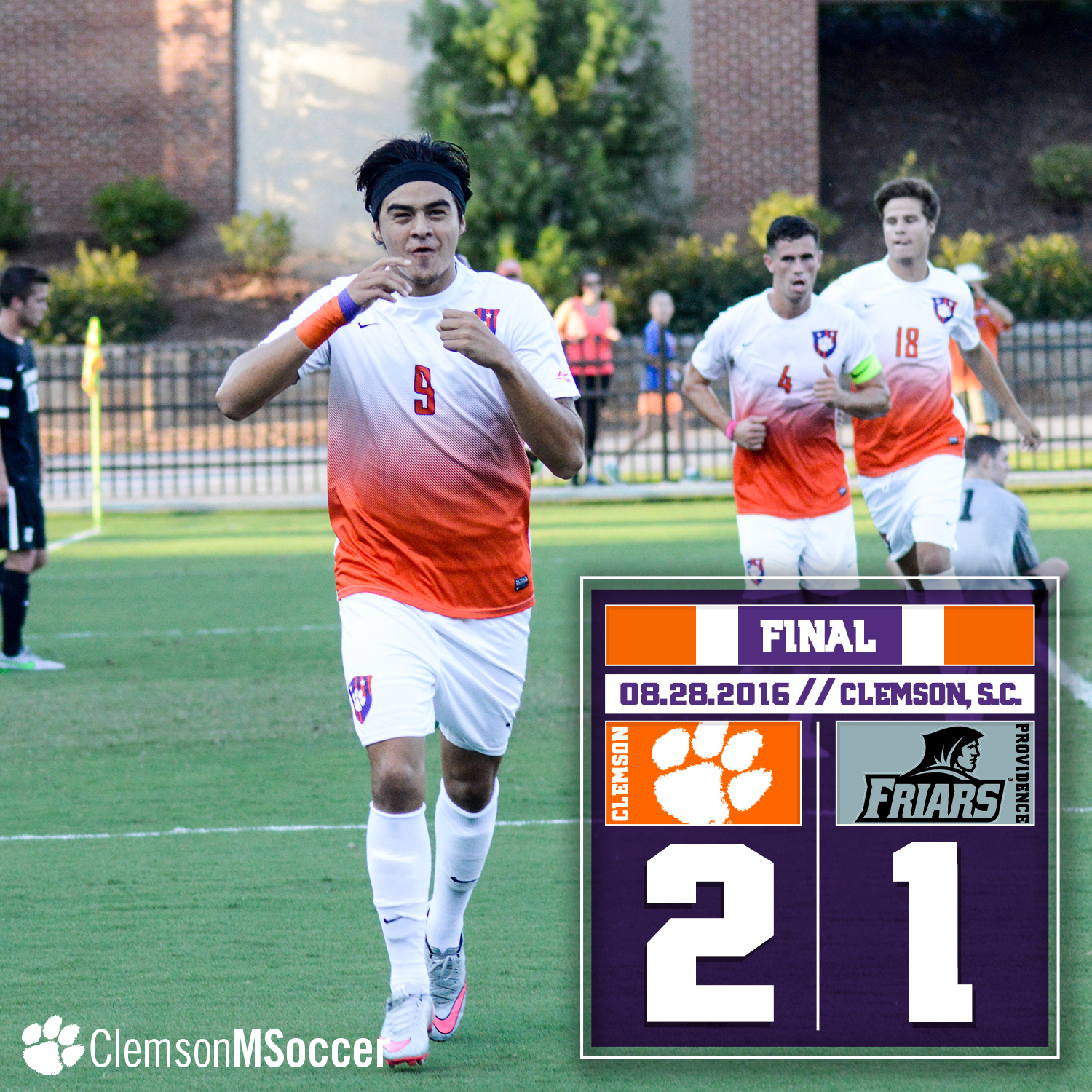 CLEMSON, S.C. – The third-ranked Clemson men’s soccer team opened its three-match home slate with a 2-1 win over the Providence Friars on Sunday night at Historic Riggs Field. Junior Diego Campos led the charge with two goals, including a spectacular side volley into the upper ninety.

The Tigers held the majority of the possession throughout the first 20 minutes but failed to test the Providence goalkeeper. Senior Aaron Jones had the chance to put away another free kick from 30 yards out, but the Providence keeper was able to get in front of the shot. In the 32nd minute after being subbed in five minutes earlier, senior Diego Campos gave the Tigers a 1-0 lead when he slotted home a shot into the side netting, double assisted by Thales Moreno and Oliver Shannon. The Tigers would take a 1-0 lead into the half.

Five minutes into the second half, Providence recorded its first shot of the match, making the shot count 8-1 for the Tigers. In the 60th minute, Campos doubled his tally with a beautiful side volley into the upper ninety, giving the Tigers a 2-0 lead over the Friars. In the 81st minute, senior midfield Julian Gressel caught Clemson goalkeeper, Brady Allardice off his line, chipping him from midfield, his first goal of this season.

In the match, Clemson took 19 shots to Providence’s four. Allardice played the full 90 minutes, recording his first win of the 2016 campaign.

“I am happy for the team for getting two good wins against two strong opponents from C-USA and the Big East, but our mentality has to be better, and we have to be more consistent,” Head Coach Mike Noonan. “We did some good things in both matches. But again the best is yet to come.”

Clemson hosts Creighton on Friday, Sept. 2 at 7:00 p.m. at Historic Riggs Field. Tickets may be purchased at the gate before the match, or online at ClemsonTigers.com.