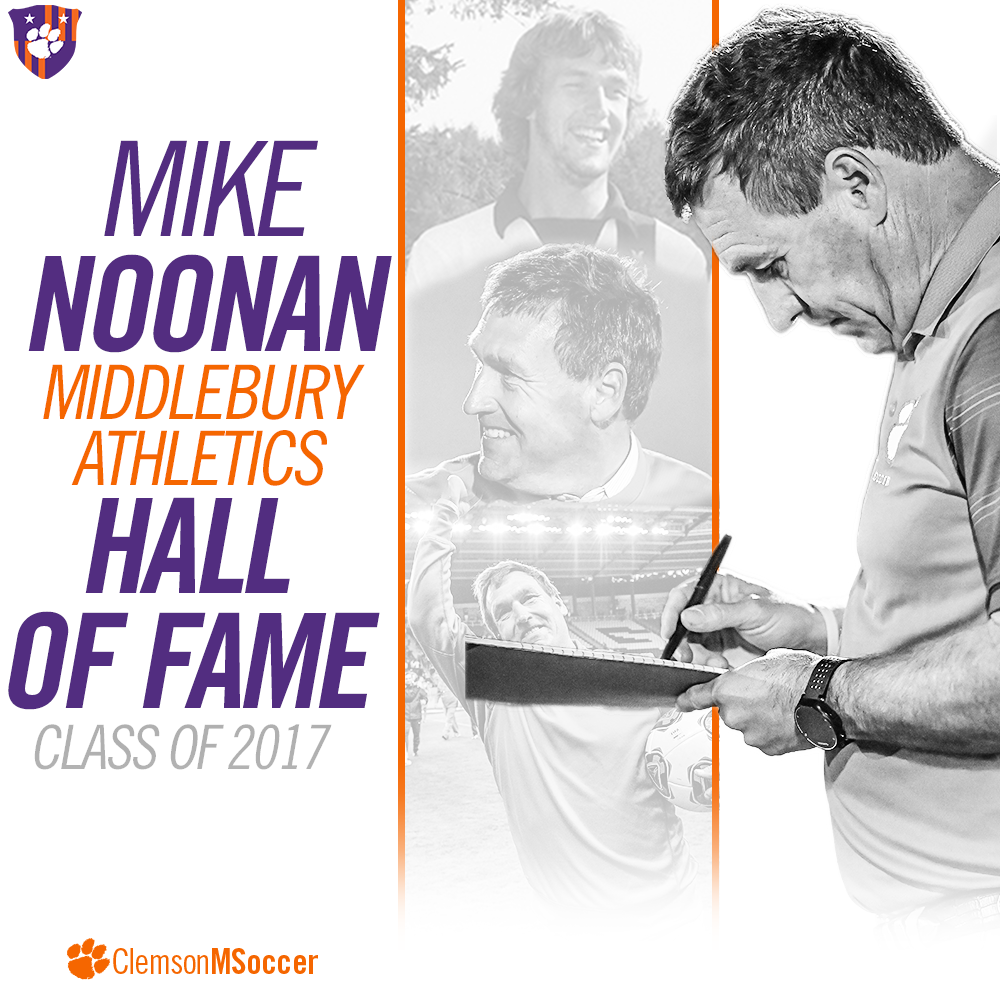 CLEMSON, S.C. – Head Coach Mike Noonan was named to the Middlebury Athletics Hall of Fame for the class of 2017 on Tuesday morning. Noonan was a member of the Class of 1983 and was a two-time All-American as a defender for the men’s soccer team. During his playing days, he made two ECAC Tournament appearances, with a combined 17-6-4 mark. He served as a team captain his senior year, anchoring one of the region’s top defenses.

He was drafted by the Memphis Americans professional soccer team in 1981 and later went on to play professionally in Sweden, as well as for the Major Indoor Soccer League (MISL) and the American Indoor Soccer Association (AISA). He was named an AISA All-Star in 1985.

Following his playing days, Noonan coached at Wheaton and UNH before taking over the reins at Brown for 15 years. His teams won 160 games, eight Ivy League titles and made 10 NCAA Tournament appearances. Since 2010 Noonan has been at the reins of Clemson including a trip to the NCAA National Championship in 2015.

“My Middlebury College degree and experience continue to be the center of my universe outside of my family,” said Head Coach Mike Noonan. “The Hall of Fame recognition is a great honor but more importantly a testament to my former coach, Ron McEachen and my former teammates who gave me the opportunity many years ago to grow as a player and person. “

The induction ceremony and dinner will be held on Saturday, November 4.