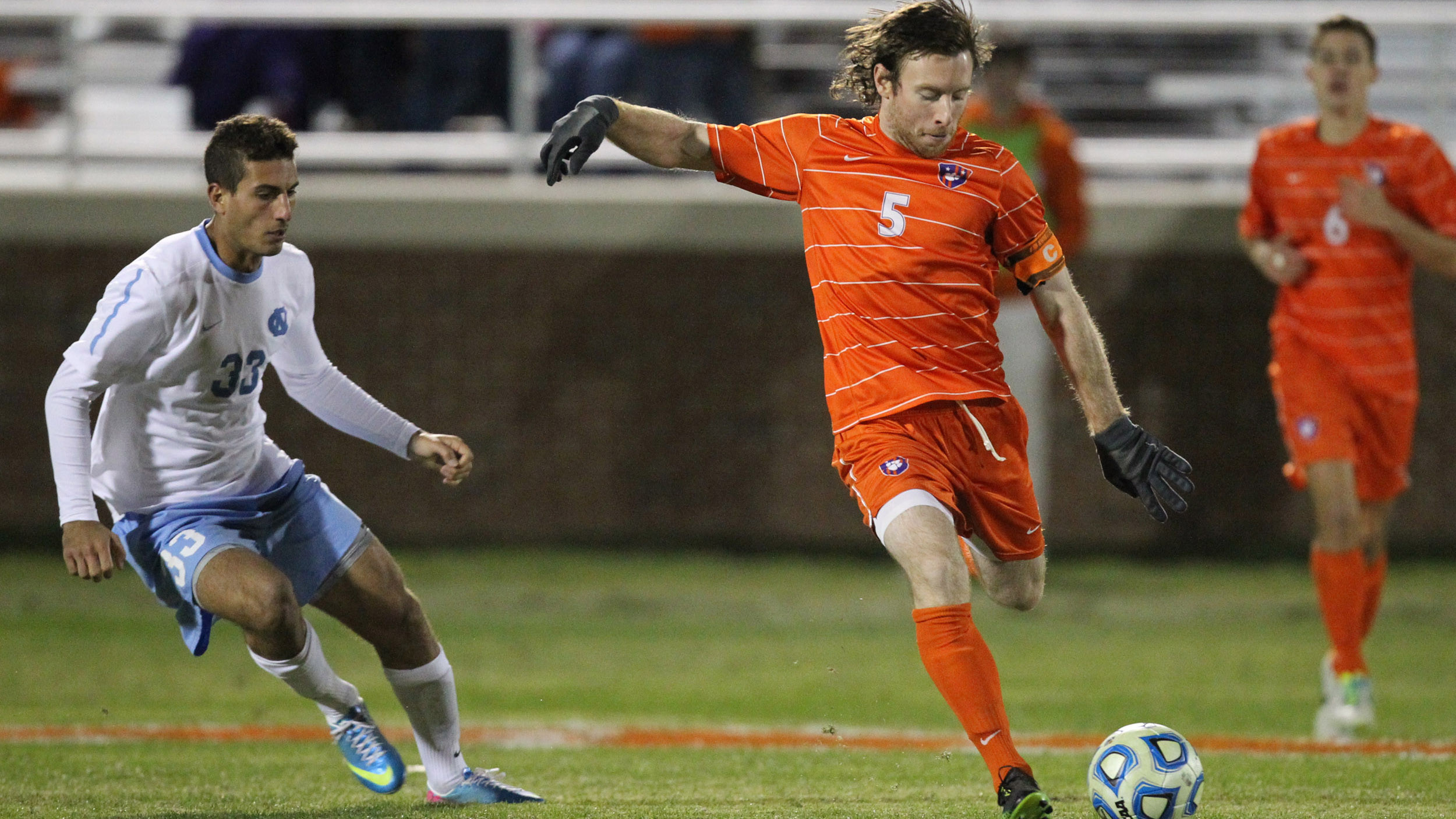 CLEMSON, SC – Clemson’s Thomas McNamara was named to the All-ACC Tournament team in a vote by the attending media at the just completed ACC Men’s Soccer Tournament. McNamara assisted on the winning goal in Clemson’s 2-1 victory over #15 North Carolina in the quarterfinal round. He also had a solid match against fourth-ranked Maryland in the semifinals last Friday night in the Tigers’ 1-0 overtime loss. He was also named first-team All-ACC last week. McNamara is Clemson’s leading scorer with seven goals and eight assists for 22 points. Clemson and McNamara will play at Elon Thursday night at 7:00 p.m. in the first round of the NCAA Tournament.