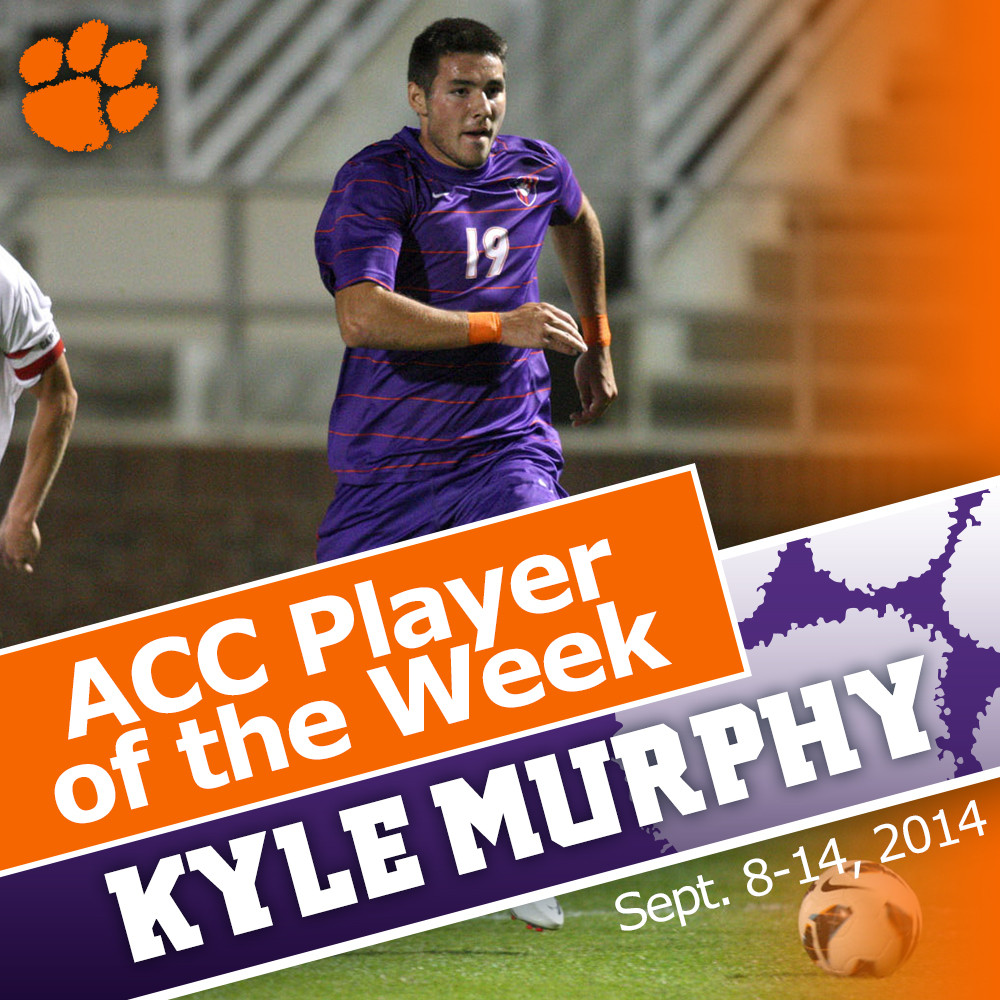 CLEMSON, S.C. – Clemson redshirt junior forward Kyle Murphy has been named Co-ACC Player of the Week for his performances last week in the Tigers’ road wins over Boston College and Providence.

Murphy scored both Clemson goals in the team’s 2-0 victory at Boston College on Friday, Sept. 12. The Red Hook, N.Y. native came off the bench and played 37 minutes in the contest, scoring in the 36th and 70th minutes. The scores were Murphy’s first two of the season and moved him into a tie for fourth in the ACC in goals scored. Against Providence on Sunday, Sept. 14, Murphy logged 49 minutes on the field and took three shots, all on goal.

The Tigers return to Historic Riggs Field this week after five consecutive road games. Clemson hosts Gardner-Webb on Wednesday, Sept. 17 at 7 p.m. and Syracuse on Saturday, Sept. 20 at 5 p.m.