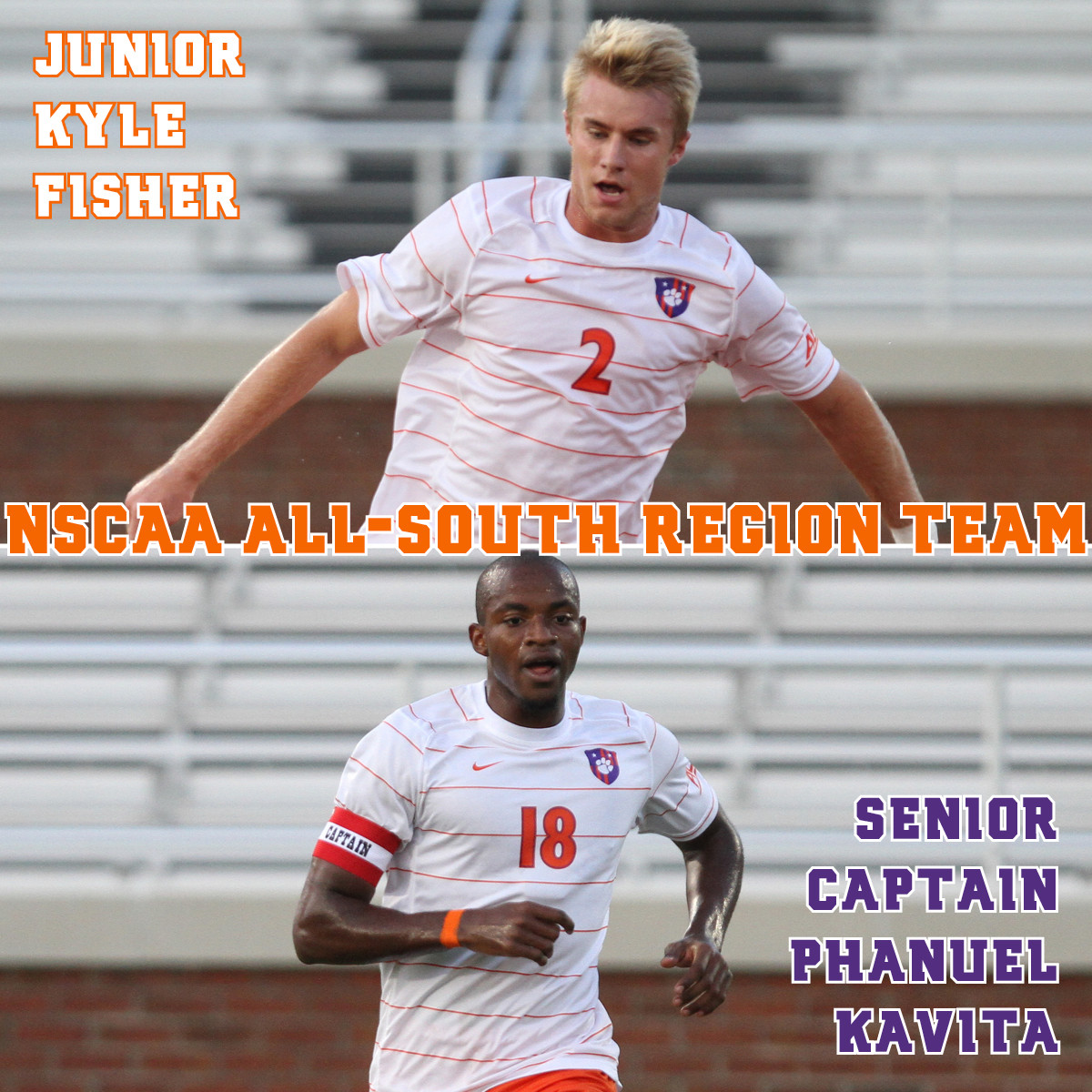 Kavita, Fisher and the rest of the Clemson defensive unit held opponents to a mere .95 goals per game average. The duo started every match this season. Opponents were successful on only eight percent of their shots this season thanks to that defensive effort.

Both Kavita and Fisher were named to the All-ACC Second Team and the ACC All-Tournament Team earlier this season. Kavita scored two goals this season, both on penalty kicks. Fisher scored three goals this season, including a penalty kick score against North Carolina in a 2-1 loss in the NCAA Tournament on Nov. 30. Fisher also scored the game-winning goal on Sept. 26 against Wake Forest at Historic Riggs Field.

The two have played 63 matches together along the back line in their careers.

Clemson finished the season with a 12-7-3 overall record. The Tigers won their first ACC Tournament Championship since 2001 and 14th in program history. Clemson advanced to the Round of 16 in the NCAA Tournament before a 2-1 loss to North Carolina ended its season.