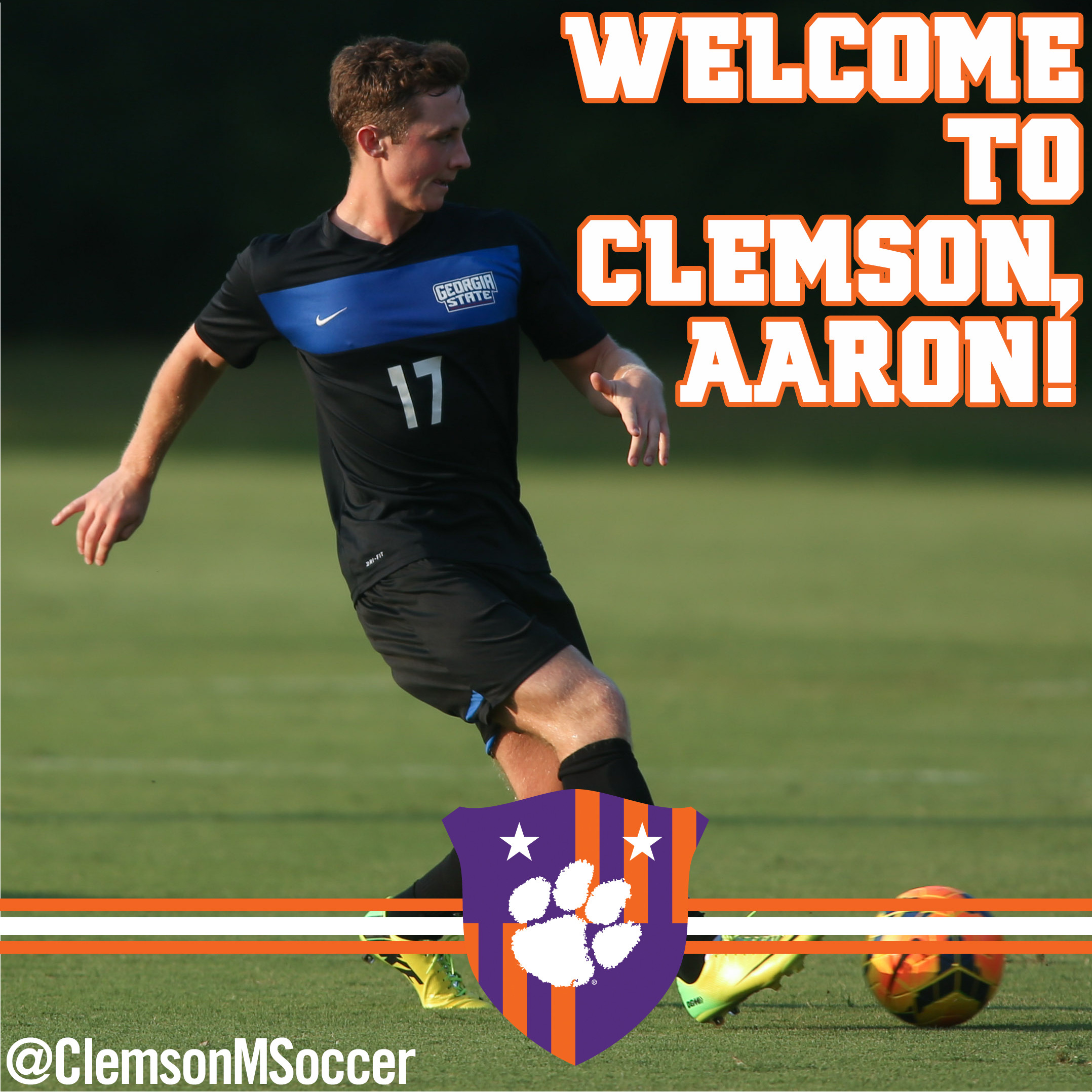 CLEMSON, S.C. – Aaron Jones, a native of Great Yarmouth, England, began his first semester of classes at Clemson University yesterday. The transfer will be eligible to play for the Tigers in the 2015 season and have two years of eligibility remaining at Clemson.

Jones transfers to Clemson from Georgia State, where he played two seasons of varsity soccer. During his two years at Georgia State, Jones played in 36 matches, starting 35, and scored three goals to go along with seven assists. Of his 39 career shots, 15 have been on goal.

“We’re excited he’s chosen to come join us,” Clemson head coach Mike Noonan said. “We think that he can add a dimension on both sides of the ball that we’ve lost through graduation. I think our success this past year helped solidify his decision to come to school here.”

This past season, Jones was named to the All-Sun Belt Conference Second Team after playing in 17 of 18 matches. Georgia State’s defense, in part led by Jones, held opponents to five shutouts in 2014.

At the conclusion of the 2013 season, Jones was named to the College Sports Madness All-Independent Second Team. He started all 19 matches during his freshman season, totaling more than 1,700 minutes during the season. He led the team in assists and was named to the Dean’s List for his excellence in the classroom.

Before Georgia State, Jones played for the Ipswich Town Football Club development team from 2002 to 2012 in Ipswich, Suffolk, England. He attended high school at Lynn Grove VA High School in the English county of Norfolk. He was born on March 12, 1994 and has two siblings.