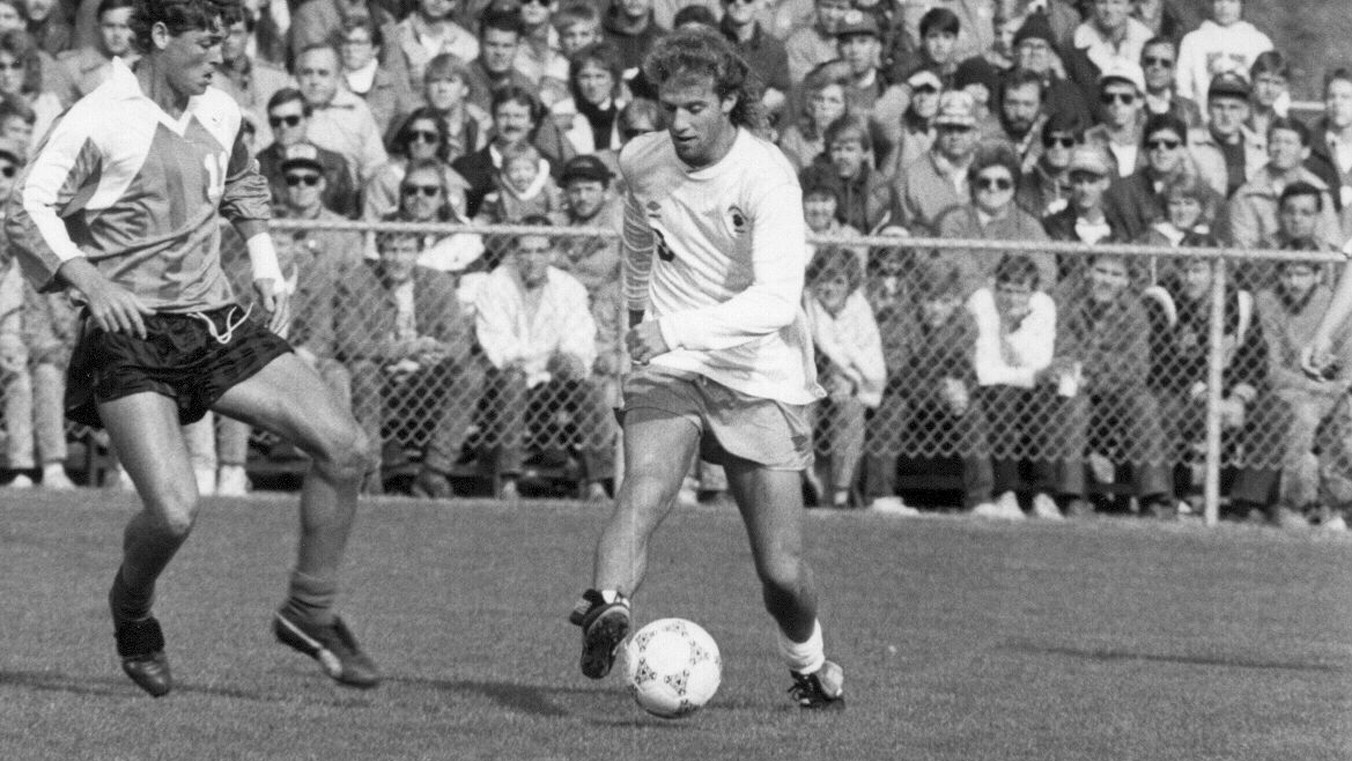 CLEMSON, SC – For former Clemson soccer great Joey Feinberg, coming back to Clemson is like coming home.“When I came back to Clemson a few days ago, I felt cold chills,” said Feinberg.  “It feels great to be back.  Nostalgia really hits you hard.”Feinberg is working the Clemson Tiger Men’s Soccer Camp that is conducted by Tiger Head Coach Mike Noonan.  Feinberg brought his Miami Shores FC U13 team that he coaches in Miami, FL to Noonan’s soccer camp, and he enjoys showing his players the unique place that is Clemson and where he spent his collegiate career.Feinberg lettered at Clemson in 1987-1990.  He was a starter his freshman year on the 1987 National Championship team.  That season he was named to the Soccer America Freshman All-America squad.  In the 1987 NCAA Tournament, he stopped a breakaway at Rutgers early in the second half to help preserve a 3-2 Tiger win in the NCAA quarterfinals.  He also assisted Pearse Tormey on Clemson’s first goal against Evansville in the first round of the NCAA Tournament in Clemson’s National Championship run.He was also named to the All- South team in 1988 after his sophomore season and was named the team’s MVP that season.While at Tigertown, he was a three-year starter.  He finished his Clemson career with nine goals and eight assists as a defender.  During his senior season in 1990, the Tigers won the ACC regular-season championship.“Obviously, winning the National Championship was my most memorable experience” said Feinberg.  They had just built the grandstands at Riggs Field and we got to play host to the Final Four and we played in front of a packed stadium.  We were not going to be beaten; we were the team of destiny.  We defeated North Carolina 4-1 in the semifinals and San Diego State 2-0 in the finals.  I will never forget those moments, and holding up the National Championship trophy.“Coming back to Clemson makes you feel young.  I wish I could be back here playing and getting ready for a new season.  Your mind wants too, but your body says no.  But, my energy level does pick up, and helping young people develop their game at camp is very rewarding to me.  I want them to have the save experience that I had and hopefully they too can go to Clemson and play at this special place.“I remember thinking when I came to Clemson what a special place and how lucky we were to play on this nice field (Historic Riggs Field) and play for a program with so much pride and tradition.  This is a first-class place academically and athletically.“I brought my son Hudson and his team to camp.  The other members of the team that I brought are sons of my friends that I grew up with in Miami.  This has been a great experience for them.  I love showing off Clemson and the facilities here.  The facilities are world-class and the fields are immaculate.“There’s no doubt that Head Coach Mike Noonan runs a great camp.  He is out here with them working and teaching them about the best game in the world.”Feinberg is a sales executive in his hometown of Miami, FL.  He coaches in his spare time giving back to young people so they too can learn the game and be possible stars for the future.“I can’t believe how much Clemson has grown and changed since I played here!  But one thing is for sure, the love that I have for this place will never change, nor will the spirit and the atmosphere that Clemson is so well known for worldwide.  Every time I step on the pitch here great memories flood my mind.”“It’s my special home away from home,” said Feinberg.