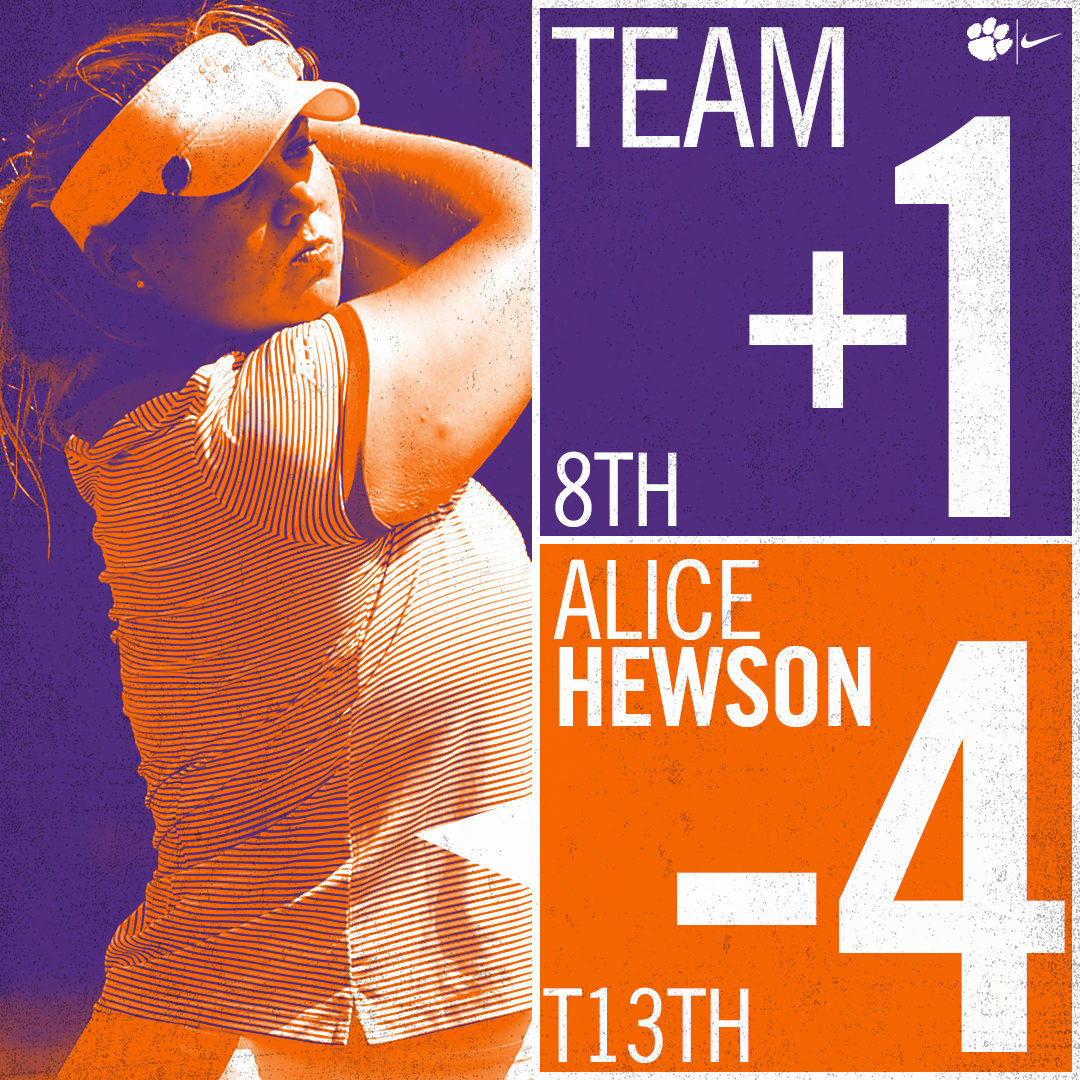 Clemson, S.C.—Alice Hewson shot a six-under-par 66 to lead Clemson to a record tying 281 team score in he second round of the Mason Rudolph Championship at the Vanderbilt Legends Course in Franklin, Tenn.   Clemson made a five position improvement to eighth place in the 15-team field after 36 holes and stands at 577 with one round to play.

Clemson’s 281 team score and -7 score vs. par, tied the program record that had been set last year at the UCF Challenge in Orlando. Clemson is four shots behind seventh place South Carolina entering the final round.

Hewson came one stroke from tying her own Clemson record of 65 set her freshman year at the Cougar Classic in Charleston.   Her round on Saturday included seven birdies to tie the Clemson single round record for an individual. The junior All-ACC golfer shot 33 on each nine and she moved into 13th place in the individual race.

Marisa Messana had a second round 70 to help Hewson. The only senior in the Clemson lineup had three birdies and a bogey in recording her best round since the second round of the 2016-17 season when she had a 68 at the Schooner Classic in Oklahoma.

Ashley Czarnecki was a third Clemson player to score even par or better.   It was her second consecutive career best round as she had a 73 in the first round that had established a career best. Czarnecki’s day gives her a 145 score after two rounds, 37h best in the field.

Ana Paula Valdes, Clemson’s best golfer in the first round with a 70, had a one over par 73 on Saturday and she stands in 26th place with a 143 total after 36 holes. The sophomore had two bogeys, one birdie and 15 pars. Valdes has 29 pars through two rounds, tied for the most in the 81-player field.

Kennedy Swann made a four shot improvement over her first round to score a 75 on Saturday on the par 72 course that is 6,335 yards in length.