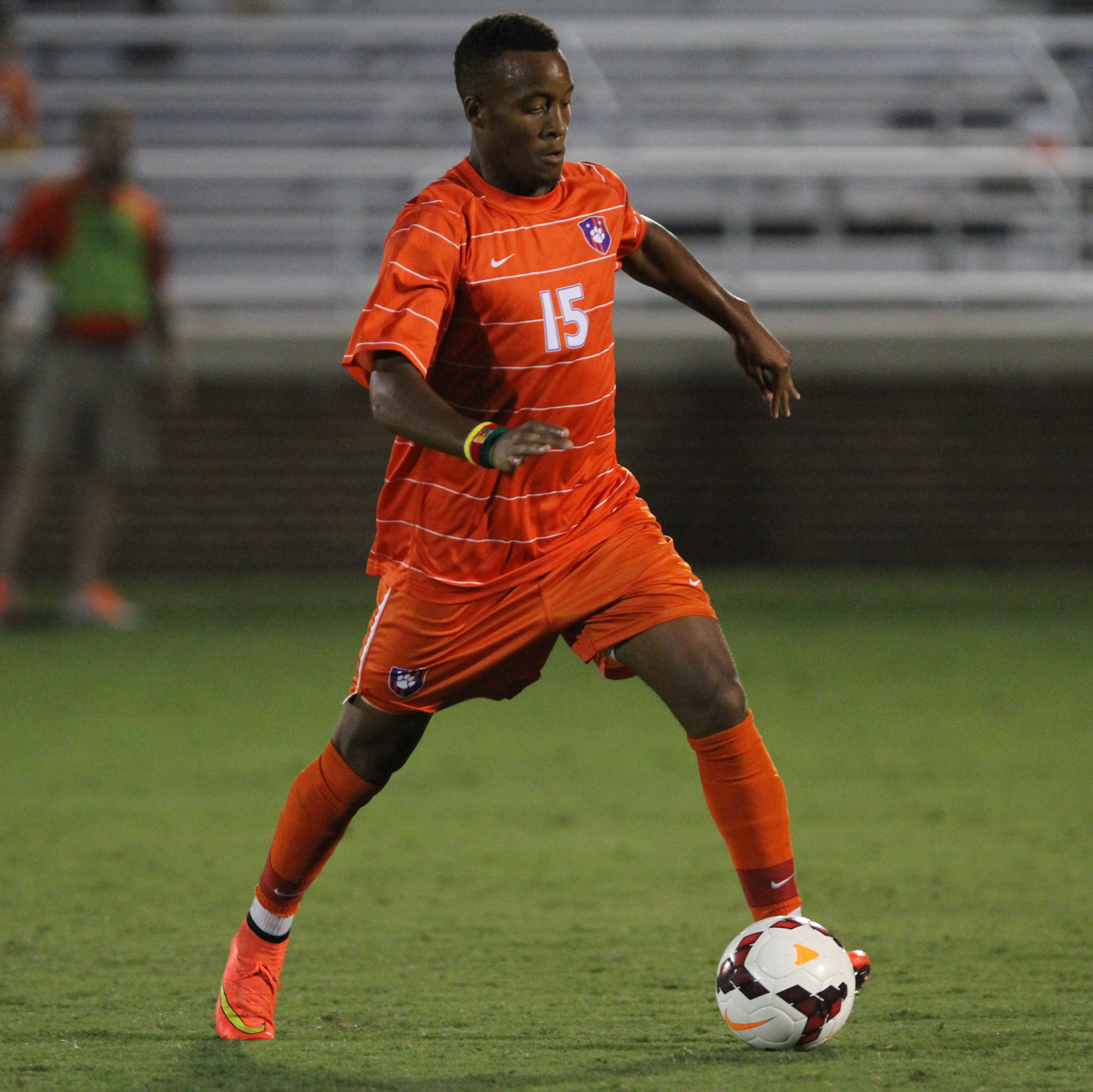 Happi Plays with Cameroon U-23 Team in Olympic Qualifiers

Alex Happi, a sophomore on this past season’s Clemson men’s soccer team, is overseas playing with Cameroon’s U-23 team. The team is training for several upcoming qualification matches for the 2016 Summer Olympics.

Today, Happi and Cameroon face Zimbabwe in Yaounde, the capital of Cameroon. The match is part of the second leg of the second round in the qualification phase of the 2015 All-Africa Games. A total of 25 teams will participate in the qualification phase, with the top eight advancing to the Confederation of African Football (CAF) U-23 Championship, to be played between April 24 and August 2, 2015.

The top three teams to advance out of the CAF U-23 Championship will play in the 2016 Summer Olympics in Rio de Janeiro, Brazil.

Happi saw action in 15 games this season. He assisted on two goals late in the season. His first assist came in the ACC Tournament Championship game. Paul Clowes scored the equalizer against Louisville with less than five seconds remaining off an assist from Michael Melvin and Happi. In the first round of the NCAA Tournament against Coastal Carolina, Happi assisted on Clemson’s second goal in a 2-1 win, a score in the 56th minute by Diego Campos.