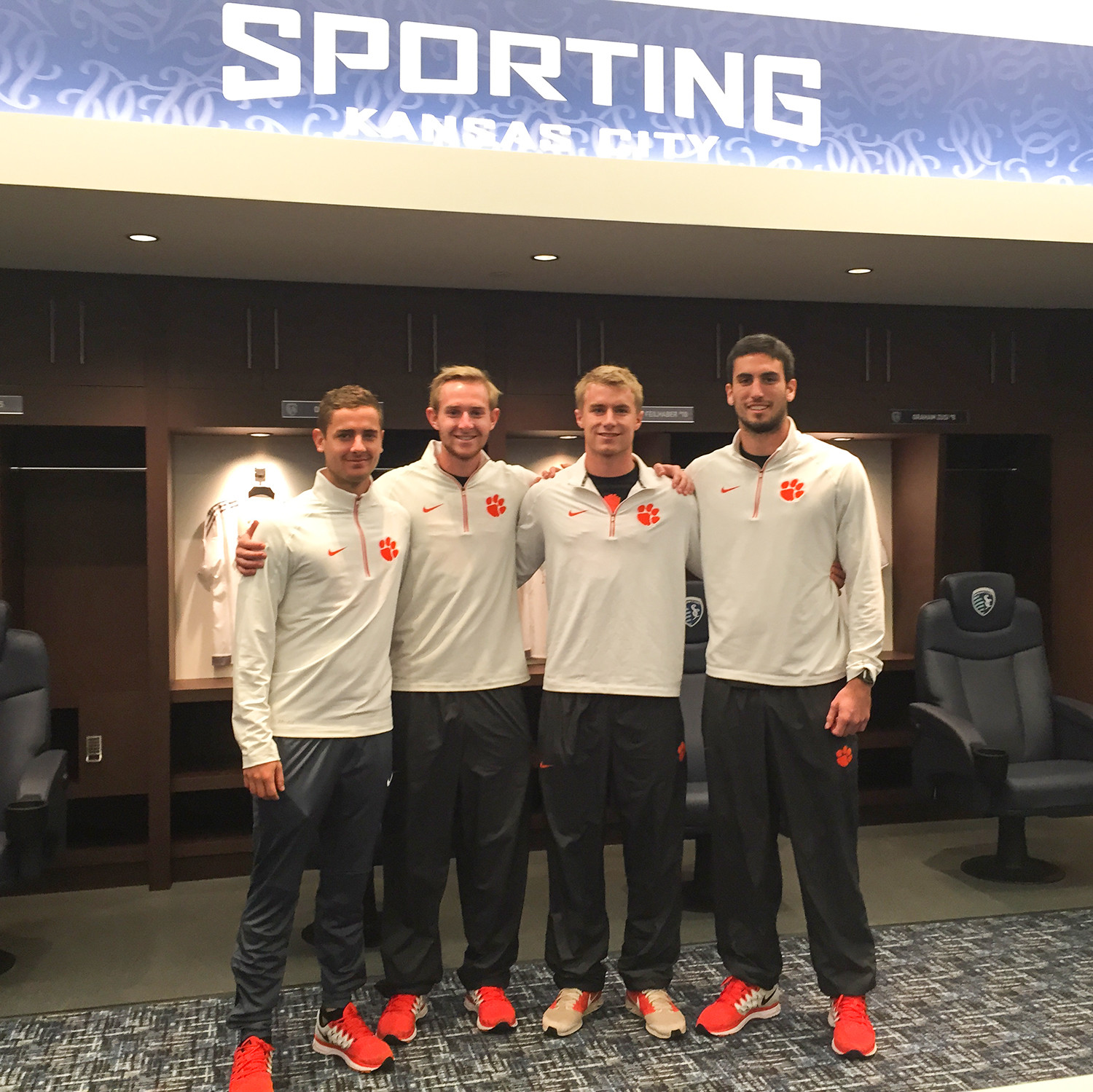 CLEMSON, S.C. – Four members of the Clemson men’s soccer team, which opens play at the NCAA College Cup on Friday night at Sporting Park in Kansas City, Kan., were named to the NSCAA All-Region First Team. Seniors T.J. Casner, Paul Clowes and Kyle Fisher, and redshirt junior Andrew Tarbell, were all named to the association’s top team for the South Region, as announced on Wednesday. This is just the second time in program history (the first was in 1993) that the Tigers have had four players make the NSCAA All-Region First Team.

Casner was named to the All-ACC First Team earlier this season, and leads the Tigers in goals, with 10, and points, with 24, on the season. The senior forward from Irvine, Calif. also has a team-best six game-winning goals in 2015, a figure which ranks first in the ACC and fifth in the nation. Casner has two goals and one assist in Clemson’s three NCAA Tournament contests thus far.

Clowes was one of two Tigers named a semifinalist for the MAC Hermann Trophy last week. He was also an All-ACC First Team honoree and a member of the ACC All-Tournament Team in 2015. The senior captain from Cheshire, U.K. has started all 22 games and played 1,983 minutes at the holding midfield position this season, setting the Clemson back line as well as organizing the offense.

Fisher, a senior defender from Easley, S.C., was also on the list of 15 semifinalists for the Hermann Trophy, and was a First-Team All-ACC selection. He has anchored the Clemson defense, which has allowed just 18 goals and a 0.79 goals against average this season. This is Fisher’s third NSCAA All-Region award, as he was named to the All-South Third Team as a sophomore in 2013 and as a junior in 2014.

Tarbell has a 17-2-3 record in goal for the Tigers and an ACC-leading 75 saves in 2015. In Clemson’s NCAA Elite Eight contest against Maryland on Dec. 4, the redshirt junior from Mandeville, La. posted two crucial saves in the penalty kick round, as well as five saves in 110 minutes of play, to help lift the Tigers over Maryland 3-1, and to the program’s first College Cup appearance since 2005.

The Tigers face Syracuse in the first of two semifinal matches at the NCAA College Cup on Friday, Dec. 11 at 5 p.m. CT (6 p.m. ET) at Sporting Park in Kansas City, Kan. The match will be televised on ESPNU.