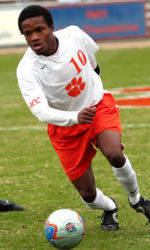 For complete coverage of the 2006 ACC Men’s Soccer Championship, please visit TheACC.com and make sure to check out the 2006 ACC Men’s Soccer Championship page. All games throughout the tournament are available online through ACCSelect.com, while the championship game will be broadcast nationally on Fox Net. The ACC men’s soccer awards ceremony will be immediately following the title game.