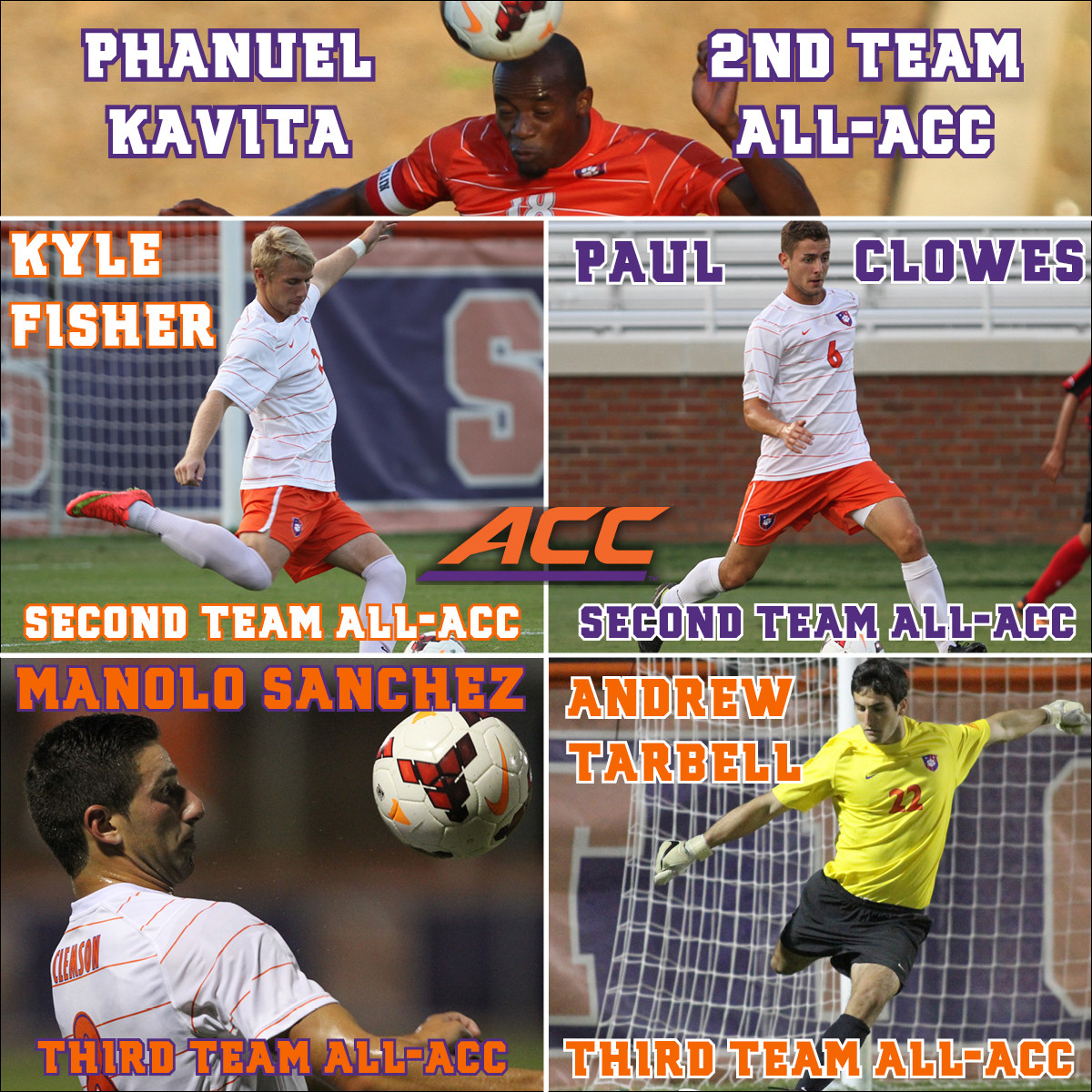 This is the first time Kavita has been recognized as a member of the all-conference team. The Salt Lake City native is a captain of the team this season, just as he was last season. Kavita has started every match of his career along the back line for the Tigers, a string of 77 matches since 2011. This season, Kavita has two goals on seven shots and he scored the clinching penalty kick against Wake Forest on Nov. 9 to push Clemson into the semifinals.

Fisher has started every match of the 2014 season in the back with Kavita. The junior from Easley, S.C. has also started every match of his Clemson career, a string of 59 consecutive matches. Last season, Fisher was named to the All-ACC Third Team and was named the team’s Defensive Player of the Year. This season, Fisher has two goals and one assist on 12 shots. He scored the game-winning goal against Wake Forest on Sept. 26.

Clowes has been a rock in the midfield for Clemson since his arrival in 2012. The Cheshire, England native started 19 matches as a freshman, 18 matches as a sophomore and 17 matches this season. This season, Clowes has four assists and three shots on goal.

Sanchez caught fire for Clemson against Pittsburgh on Oct. 11, scoring his first of three goals this season. He currently is second on the team in assists (5) and points (11). He has seen action in 18 games this season. The Philadelphia native transferred to Clemson in 2012 following two seasons at Louisville.

Tarbell has seen the majority of action in goal for Clemson this season, starting 13 matches and logging nearly 1,200 minutes. He has saved 32 shots en route to seven wins and five shutouts. He currently stands second in the ACC in goals allowed average at .75 per match.

The Tigers take on top seeded Notre Dame Friday in the ACC Tournament Semifinals. The match will kickoff at 5:30 p.m. from WakeMed Soccer Park in Cary, N.C. Follow @ClemsonMSoccer on Twitter for more details and in-match updates.