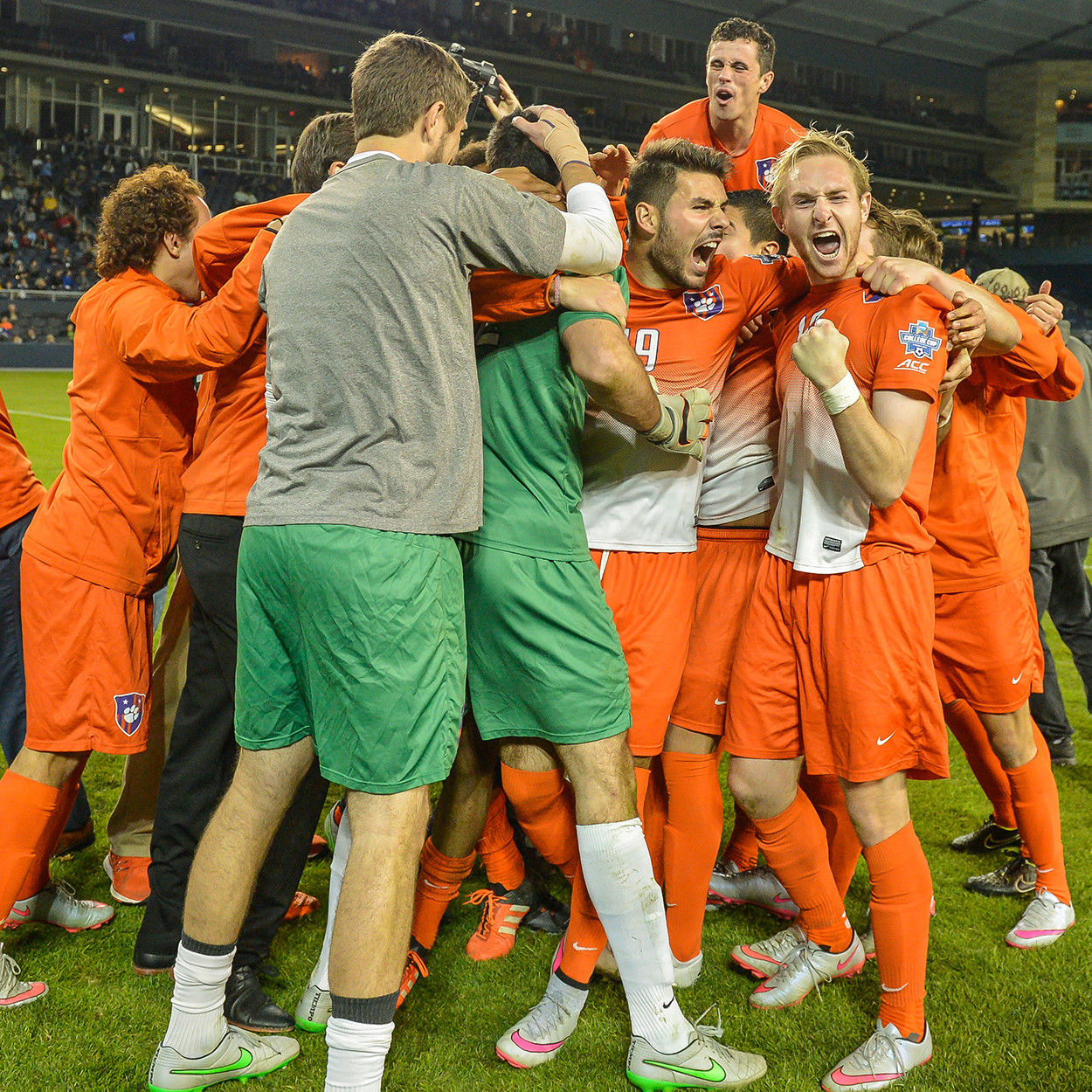 The 2015 men’s soccer season will go down as one of the most memorable in Clemson history, as the Tigers put together a stellar year en route to a run at the National Championship. Despite falling short on collegiate soccer’s biggest stage, head coach Mike Noonan couldn’t be more proud of his team’s resilience and accomplishments this past season.

“Obviously it was very gratifying getting to the final and very disappointing not winning the final,” Noonan said. “The program has been built over the last three to four years with the ambition to bring the National Championship to Clemson. We fell short of the mark, but I felt that the focus and the ambition of the team was very well placed throughout the season. I thought the team did exceptionally well.”

Coming off of an ACC Championship in 2014, Clemson strived to go even further in 2015. For the team, it meant making an even larger commitment during the summer, as most of the players stayed on campus to participate in voluntary offseason workouts. For Noonan, it was that kind of commitment and leadership that he knew could change the culture of a program.

“During the summertime, we don’t require the players to be here,” he said. “But most of the players were here this summer. They had to try and take another step, and every year we’ve done that. The culture is in place, and the commitment of the players to sustain excellence is something that’s a part of that culture.”

That leadership Noonan was referencing shined its brightest after the team’s 1-0 loss against Notre Dame in the Tigers’ first road test. The team rebounded to win 11 of its final 12 regular season games, speaking volumes about Clemson’s ability to respond in times of adversity.

“We came back home, and the players didn’t dwell on the loss. They refocused themselves for the next match, and we got off to one of the best starts we’ve ever had here. That next match after a loss really tells you a lot, and after the Notre Dame loss, the players handled it exceptionally well, and they were off and running after that.

“I was very proud of the leadership of this team, and that’s where the substantive decisions are often made. Obviously we as a coaching staff have the final word on who plays, but the players often make decisions within the team. Paul Clowes, Kyle Fisher, Andrew Tarbell, T.J. Casner, and underclassmen like Iman Mafi all did a good job communicating with each other in reaching their goals for the fall season.”

Noonan credits his coaching staff for building Clemson back into a national contender. Noonan admires how far the program and the players have come, both on and off the field. The Tigers produced four All-Americans in 2015, two of which were also named Academic All-Americans.

“I’ve got a great staff here, and associate head coach Philip Jones helps lead that up. Their work ethic is unbelievable in trying to bring the right kind of guys to Clemson. A lot of credit goes to them. For us, it’s really about being a player-centered, value-driven program, and our core values are what our team lives by and makes decisions by, and that’s where the center of our program is.

“We want players to feel that when they come to Clemson, they’re going to get better. We want them to feel that whatever their goals or aspirations are, whether it’s professional soccer, graduate school or any professional career, they’re going to be challenged and supported to meet those goals. That’s the way we try to run our program, and the success of the program and the team also reflects the success of the individual as well.”

For Noonan, his players and staff, the future is bright, and for the men’s soccer program, the best is yet to come.

“We’re excited for what we’ve done, but we’re also excited about where we’re going.”