Kimarni Smith has long been established as one of the nation’s top forwards, as the senior from Nottingham, England has already tallied 25 goals and 11 assists in his Clemson career.

The last time a hat-trick was registered in an ACC Tournament match was in 1997.

Smith was later credited with an assist on the Tigers’ final goal, giving the forward seven points in the match. In the 34-year history of the tournament, this was the first time anyone had registered more than six points in a single match.

After the match, Smith relived the key moments with us and provided insight into what it was like to be a part of such a historic outing. 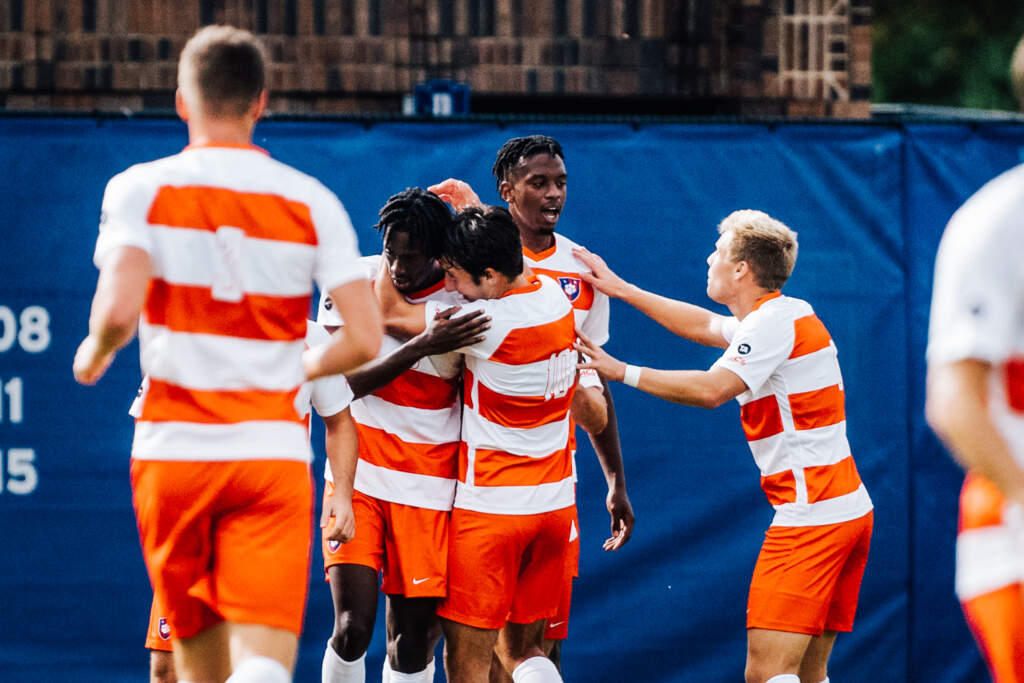 “It felt like I relieved the pressure in the match… everyone was tense, waiting for something to happen and I was happy to give our team the goal.”

“I saw Grayson doing what he always does — dribbling through people like crazy — and because of that the defenders were drawn to that side, so I kept my width. When he played me the ball, I took the first touch knowing that a guy was coming, so then I caught him in the corner of my eye and I cut him quickly and I knew he was gone. Once I did that, I knew I had time to pick my spot (on goal) and I put it in the corner.”

on pointing to Barber after his second goal…

“I did that because Grayson is my friend… I feel like he contributes a lot to the team. He does a lot of stuff to help create space for other people to do stuff (in the game)… I have to give him props all the time!”

“After the restart, I was aware that the keeper would try to play it short when people weren’t concentrating, so I made sure I was looking from the corner of my eye and make it seem like I wasn’t really watching… It worked this time because he passed it to the center back and he took a touch which wasn’t good. I was banking on that. After that, he crumbled.”

On scoring the hat-trick…

“It felt really nice! Exciting, obviously, but the job wasn’t done and I couldn’t start celebrating yet. I was happy to score the goal and I was trying to think if I could score another one or if I could try to help someone else and try to smash this team.” 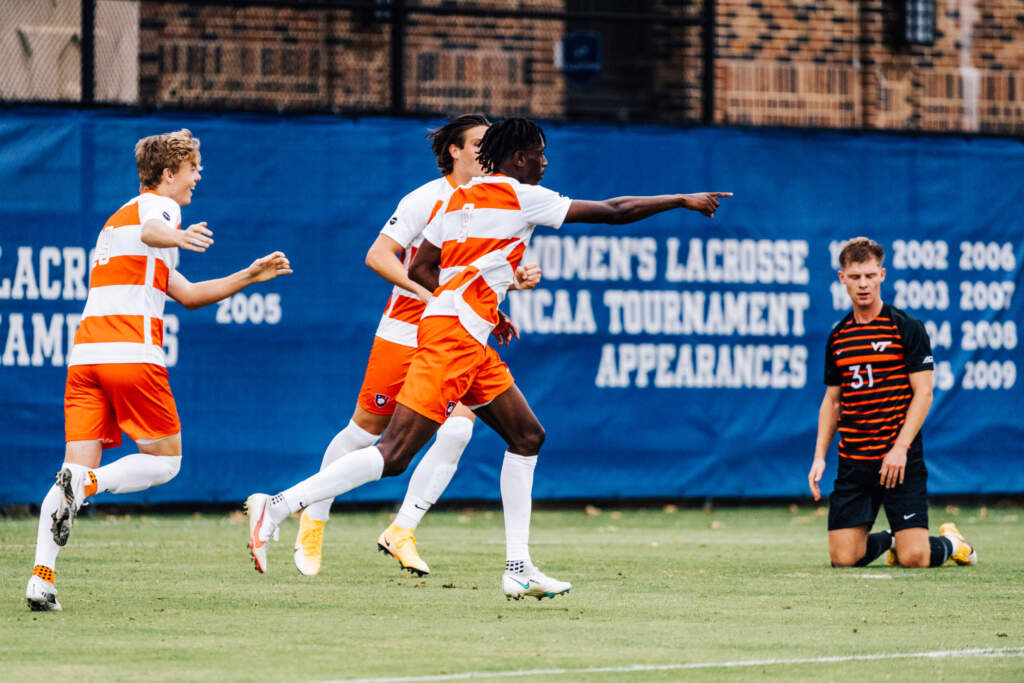 “When I saw Grayson square him (the defender) up one-on-one, I knew he was going to get past him down the line. Then with his left foot to squeeze it through like that, it was crazy. I was thinking maybe I should shoot, but I knew everyone was going to expect me to shoot, so I thought if I just pass it to James then there would be more space on the angle (to goal) for him…”