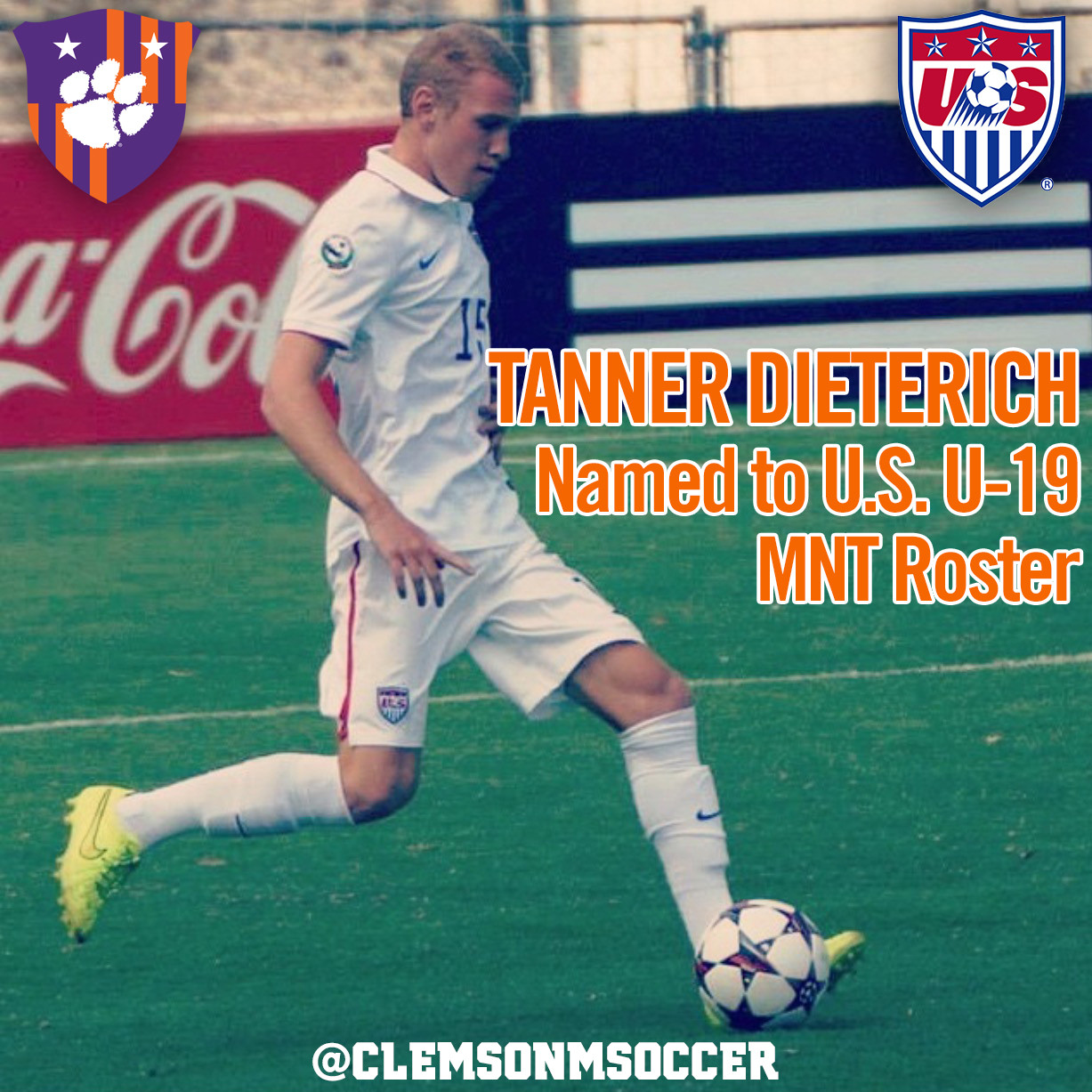 CLEMSON, S.C. – Tanner Dieterich, a January enrollee of Clemson who will be a freshman on the Tiger men’s soccer team in the fall of 2016, has been named to the roster for the U.S. U-19 Men’s National Team for its upcoming trip to Canary Islands, Spain. Dieterich is one of 23 players on the roster for the Copa de Athletico tournament from Jan. 27-Feb. 6. The U.S. team will face Spain, France and Canary Islands on Feb. 2, 3 and 5, respectively.

Players on the U-19 roster will be competing for a spot on the U.S. U-20 team for the 2017 CONCACAF Championship in Nicaragua, with the aim of qualifying for the FIFA U-20 World Cup in South Korea in 2017.

He played his first year of high school soccer at Father Ryan in Nashville, Tenn., where his father, Robin Dieterich, is the head coach. He then moved to IMG Academy in Bradenton, Fla. as part of the USMNT U-17 Residency Program, and graduated from IMG in December of 2015. Dieterich has also spent the last two years as part of the Real Salt Lake AZ Development Academy club team.