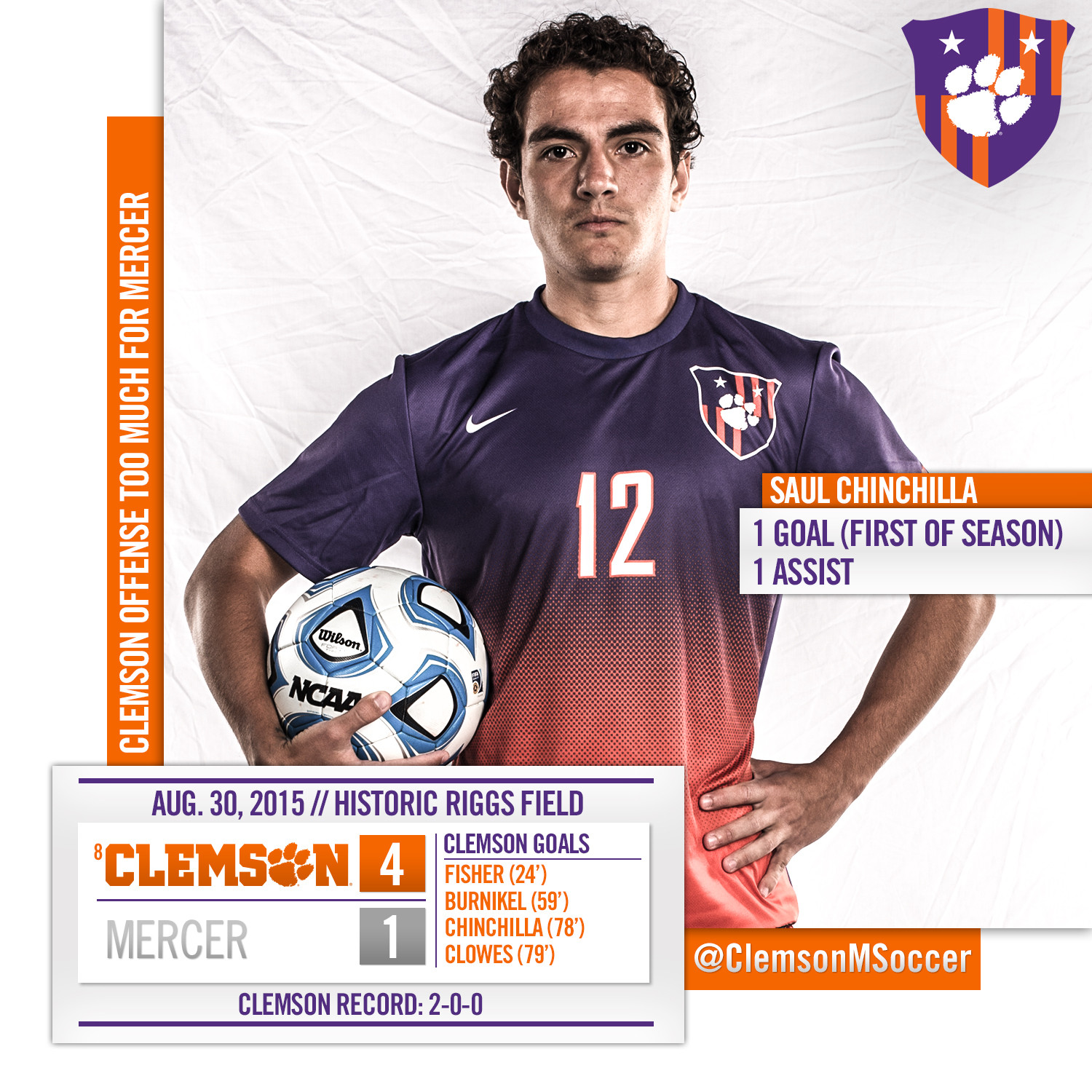 Clemson’s Offense Too Much for Mercer

The Clemson men’s soccer team improved to 2-0-0 on the season Sunday night with a 4-1 result over Mercer at Historic Riggs Field. Clemson has scored seven goals in its first two matches.

Senior captain Kyle Fisher got the offense started with a header into the net in the 24th minute. Sophomore Saul Chinchilla and junior Iman Mafi assisted on the goal, which was initially deflected by the goalkeeper.

Chinchilla scored a goal of his own in the 78th minute when senior Kyle Murphy crossed one from the right side.

“When you score the third goal in any game, it’s almost like a dagger,” Noonan said. “Saul did really well to finish that.”

Senior captain Paul Clowes scored Clemson’s final goal of the night, his second in as many games, in the 79th minute off assists from Mafi and freshman Patrick Bunk-Andersen.

Redshirt junior captain Andrew Tarbell turned in another strong performance in goal to improve to 2-0 on the season, he made three saves.

As a team, Clemson out-shot Mercer 20-9 and took 10 corner kicks to Mercer’s three.

Clemson has four days to prepare for in-state rival South Carolina, who will visit Historic Riggs Field Friday night at 7:30 p.m. Tickets and match information will be available on ClemsonTigers.com later this week.

“I’m proud and happy for the guys, but we’ve got to come back down to earth tomorrow, we need to prepare well for a big match on Friday.”