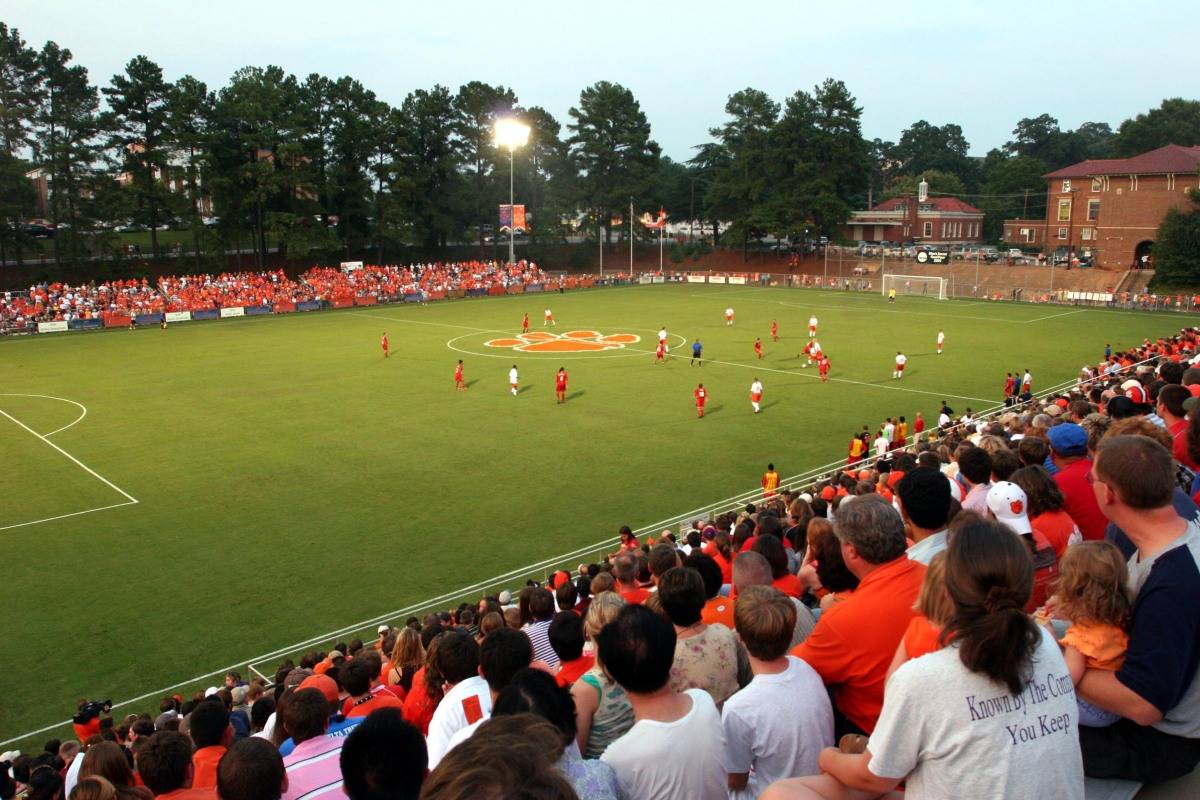 CLEMSON, SC – The Clemson men’s will play host to San Diego State on Friday night at 6:00 p.m. at Historic Riggs Field.  Clemson will observe the 25th anniversary of its 1987 National Championship.  The Aztecs were Clemson’s opponent in the National Championship game at Historic Riggs Field on December 6, 1987.  Many festivities are scheduled for the weekend as many members of the 1987 team will return to Clemson.Clemson has a 5-7-3 record overall this season.  The Tigers are led in scoring by Austin Savage with seven goals and two assists for 16 points.  Savage had a hat trick Tuesday night as he had three goals in Clemson’s 5-0 win over Gardner-Webb.San Diego State has a 5-6-2 record overall this season.  Jordan Ongaro leads the Aztecs in scoring with a seven goals and one assist for 15 points.  Kody Duff has six goals.This will be only the second meeting between the two schools.  Clemson won the only match played against San Diego State 2-0 in the 1987 NCAA Finals that was played at Historic Riggs Field.  A crowd of 8,332 witnessed the Tigers’ victory.  The crowd set a NCAA Tournament record for the championship game.

Paul Rutenis and Richie Richmond scored the two goals for the Tigers in this game.    Ironically, Clemson was the 23rd team selected for the NCAA Tournament and San Diego State was the 24th team picked in the 24 team field.