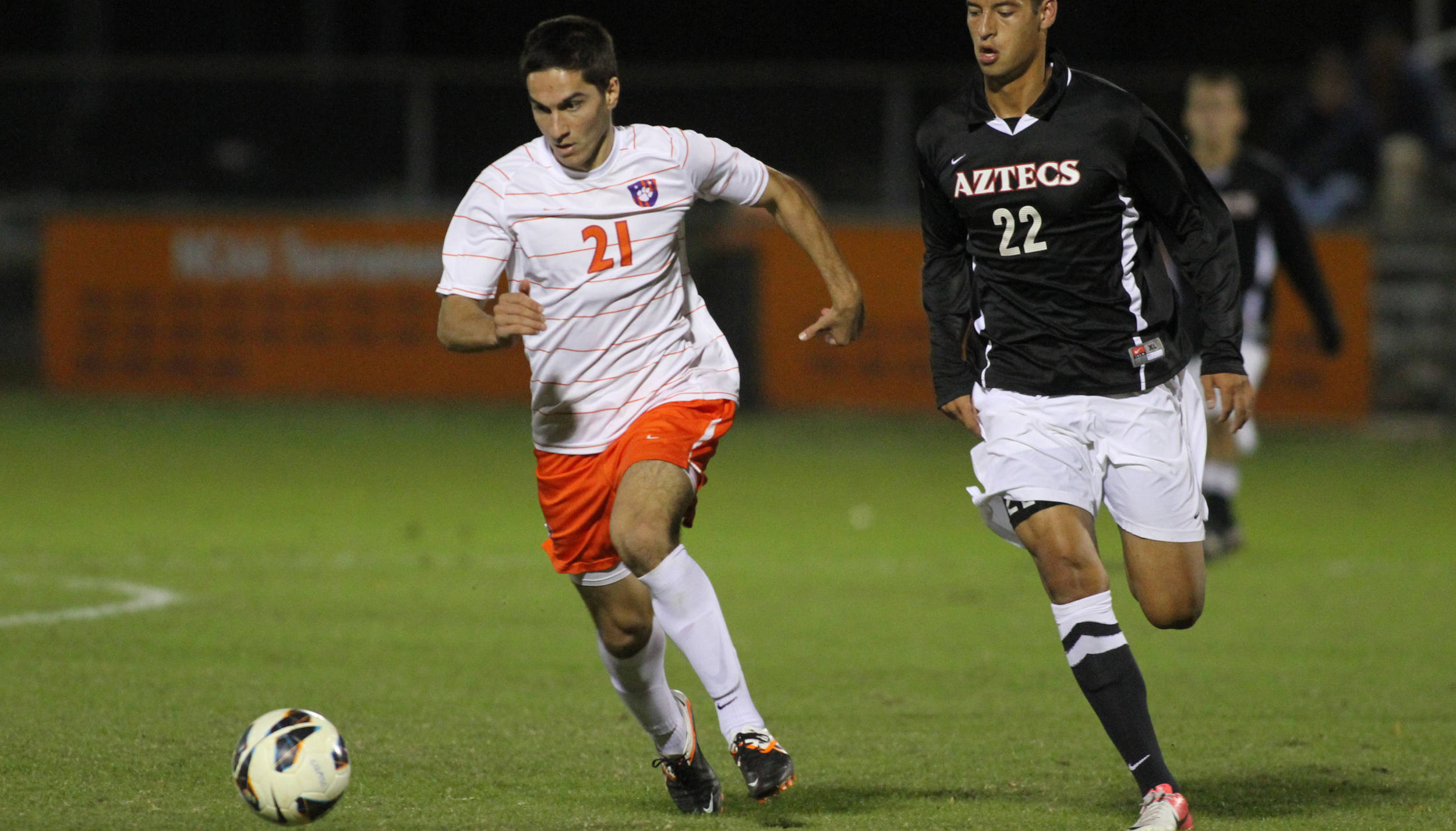 Clemson Will Open ACC Play with Virginia on Friday Night

Clemson is coming off a dramatic 2-1 overtime victory over South Carolina Monday evening as freshman Thales De Mello Moreno scored the winning goal in the 102nd minute.  Clemson is 2-0 on the season having defeated Mercer last Friday night 2-0.

Virginia’s Jordan Allen has scored one goal and has one assist for three points to lead the Cavaliers in scoring on this young season.  Brian James and Scott Thomsen have both scored one goal each this year.  The Cavaliers are 1-1 in 2013 as they lost to #10 Louisville 2-1 and defeated #19 St. John’s 2-0.

This will be the 55th meeting between Clemson and Virginia on the soccer field.  Virginia leads the overall series 27-22-5.  The first meeting between the two schools occurred on October 22, 1968, with the match ending in a 2-2 tie.  Last season, the Tigers defeated the Cavaliers 2-0 in Charlottesville, VA, as Ara Amirkhanian and former Tiger Austin Savage both scored a goal each for Clemson.