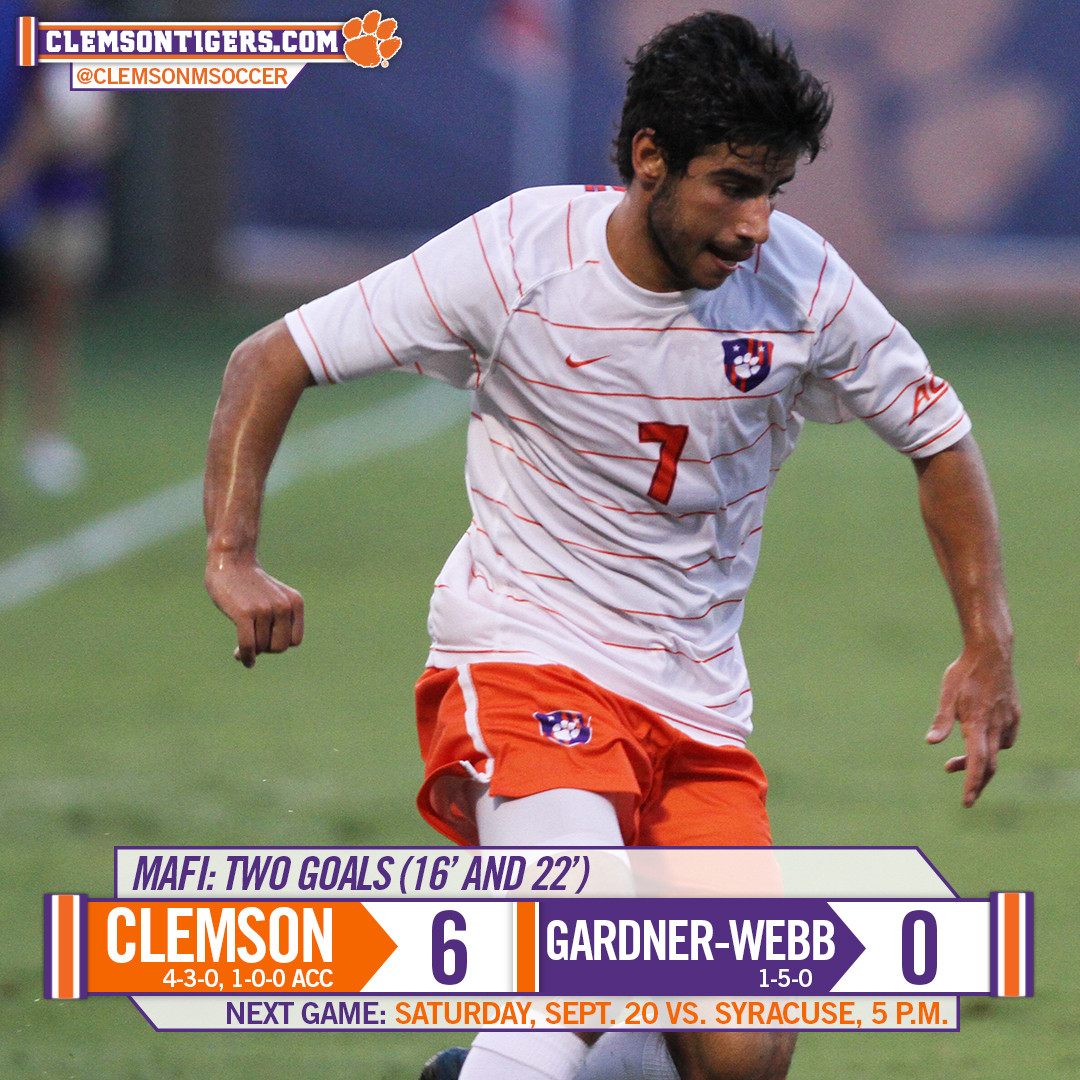 CLEMSON, S.C. – The Clemson men’s soccer team picked up its fourth win of the season Wednesday night at Historic Riggs Field, defeating Gardner-Webb by a score of 6-0. With the win, the Tigers improved to 4-3-0 on the season.

Sophomore Iman Mafi scored two goals in the first half to lead Clemson offensively. His first goal of the game, and of his Clemson career, came in the 16th minute. The score came off assists from freshman Diego Campos and senior Amadou Dia. Mafi’s second score came only six minutes later in the 22nd minute. The midfielder took a diagonal shot from 18 yards out that found the upper left portion of the goal.

Freshman Saul Chinchilla capped off the first half with his first score of the season in the 27th minute. Seniors Manolo Sanchez and Ara Amirkhanian assisted.

Sophomore Thales De Mello Moreno got the scoring started in the second half with his second goal of the season in the 46th minute. Chinchilla and freshman Oliver Shannon assisted on the goal.

Four minutes later Shannon scored a goal of his own, his second of the season. Campos and junior Paul Clowes assisted on the strike. Junior T.J. Casner capped off the Clemson scoring in the 75th minute with his second score of the season, with an assist from freshman Michael Melvin.

The Tigers return to action on Saturday as they host No. 14 Syracuse in their ACC home opener at 5 p.m. Note that the 5 p.m. game time is a change from the original schedule.