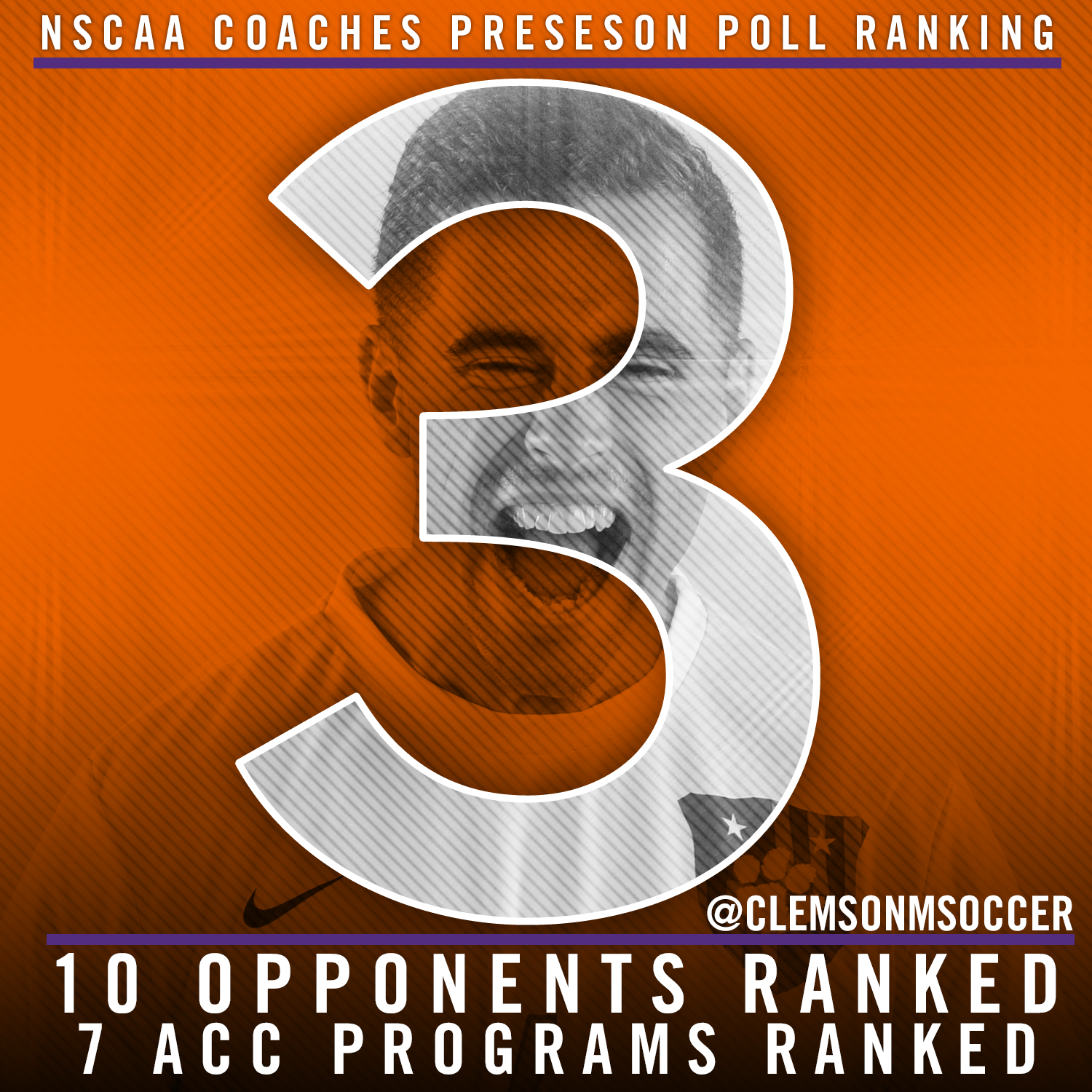 CLEMSON, S.C.- The Clemson men’s soccer team is ranked No. 3 in the NSCAA NCAA Division I Men’s Preseason Top 25 rankings and received two first place votes. A total of seven ACC programs are ranked in this year’s preseason poll released on Tuesday, five of which are ranked in the top ten. Clemson holds the highest ranking of any ACC school in the preseason rankings.

Included on Clemson’s 2016 schedule are ten teams that are ranked in the NSCAA preseason poll, and ten teams that participated in last season’s NCAA Tournament. In addition to Wake Forest (No. 5), Syracuse (No. 6), North Carolina (No. 8), Boston College (No. 11) and Virginia (No. 17), Clemson will face five non-conference opponents that are ranked in the preseason poll. The Tigers will travel to South Florida (No. 19), Coastal Carolina (No. 21) and South Carolina (No. 24), along with hosting Charlotte (No. 22) on October 11, and Creighton (No.7) in this season home opener on September 2.

The Tigers finished second in the ACC Atlantic division standings in 2016 with an overall record of 17-2-3 and a conference record of 6-1-1, and advanced to the NCAA National Championship game. Head Coach Mike Noonan who is entering his seventh season at the helm, led the Tigers to three consecutive penalty shootout wins over UC Santa Barbara in the Sweet 16, Maryland in the Elite Eight and Syracuse in the College Cup, eventually becoming the national runner-ups to Stanford.