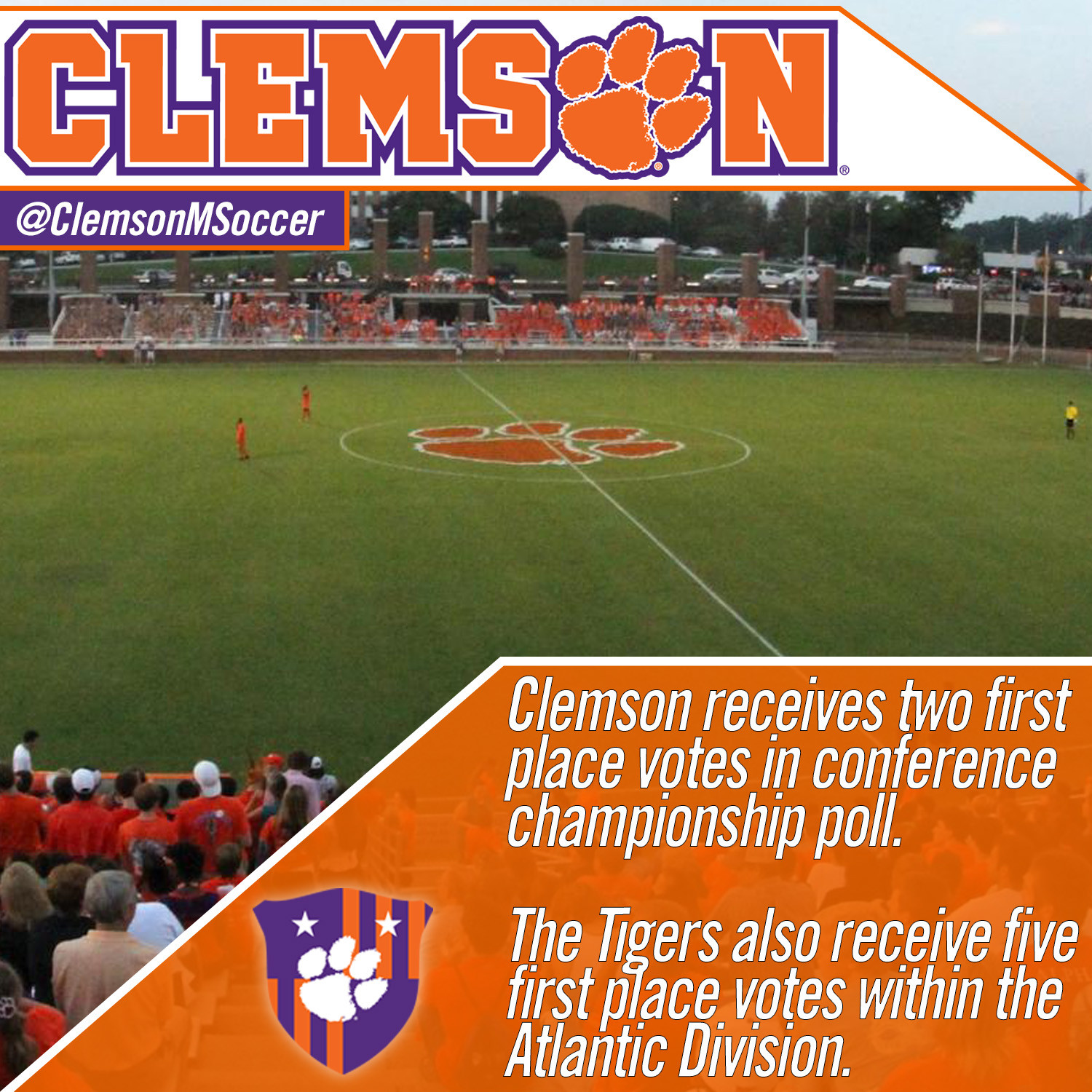 Defending national champion Virginia is tabbed as the preseason favorite, both overall and in the Coastal Division. The Cavaliers received four votes to win the conference, while Clemson, Louisville, North Carolina and Notre Dame all received two.

The ACC placed seven teams in the NCAA Championship field in 2014, marking the second-straight year that the league has had the most teams from any conference. Virginia’s national title was the seventh in the last 10 years by an ACC squad and 17th in league history.

The 2015 season, which gets underway on Friday, Aug. 28 for the Tigers against East Tennessee State, marks the second season for the ACC under a divisional format. Each team will play every squad in its division, plus three crossover games. The two division winners are guaranteed one of the top two seeds for the ACC Championship.