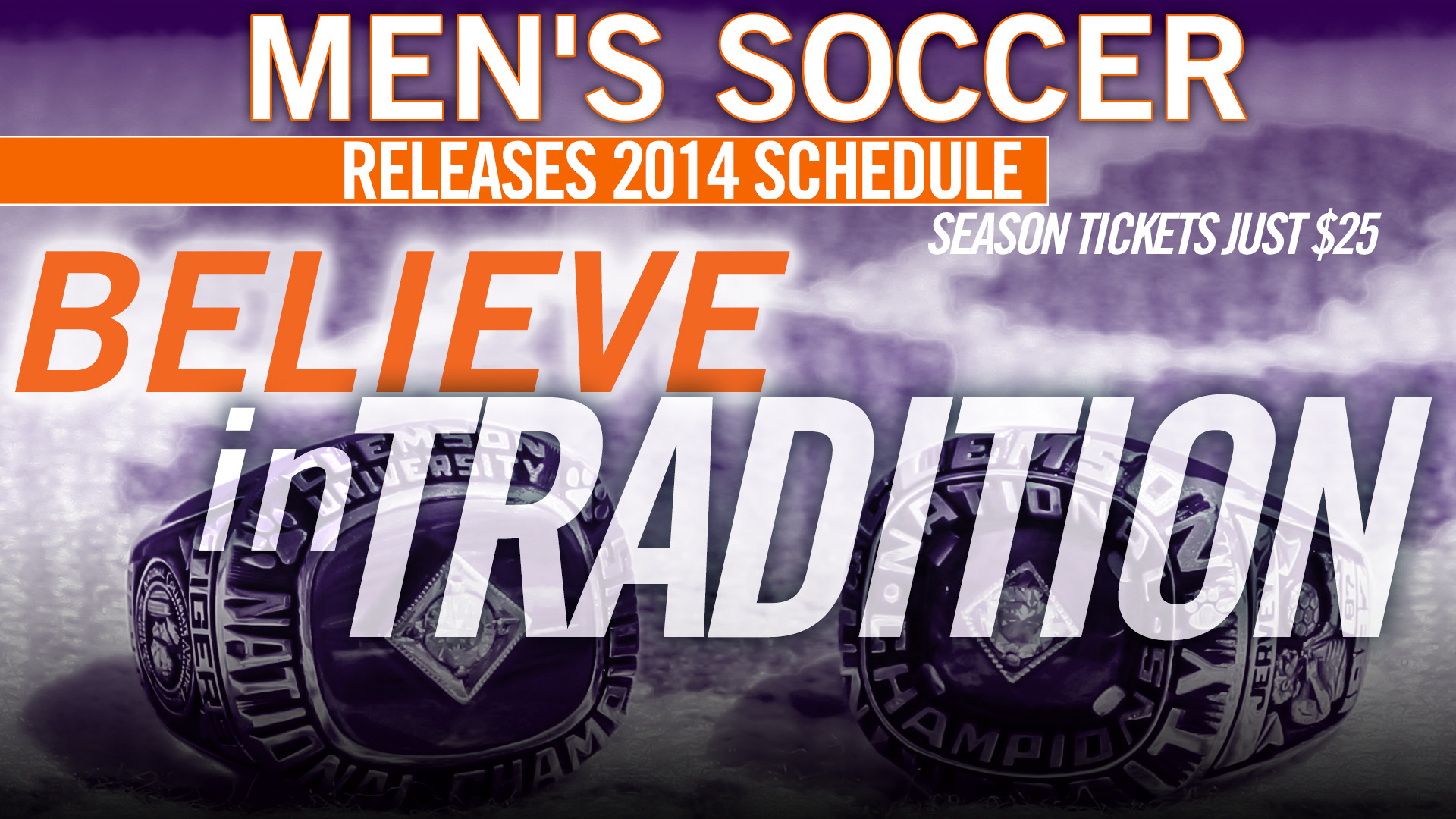 CLEMSON, S.C. – The 2014 Clemson men’s soccer schedule was announced Monday. The Tigers open the season Friday, August 29, against Radford at Historic Riggs Field, the first of nine home matches in 2014.

Season tickets for Clemson’s nine home matches are just $25 and can be purchased online at ClemsonTigers.com, by calling the Athletic Ticket Office at 1-800-CLEMSON, or visiting the IPTAY Center at Memorial Stadium Monday through Friday (8 a.m – 4:30 p.m.).

The match with Wake Forest on Friday, September 26, will be Clemson Soccer Alumni reunion night. The Tigers’ 1984 National Championship team will be honored on their 30th anniversary.

A total of nine teams that participated in the 2013 NCAA tournament are listed on the schedule, including five non-conference matches. Between September 26 and October 28, seven of the eight Clemson opponents played in the NCAA Tournament last season. Clemson returns eight starters from its 2013 team which advanced to the NCAA Tournament and finished with an 11-7-3 record overall.