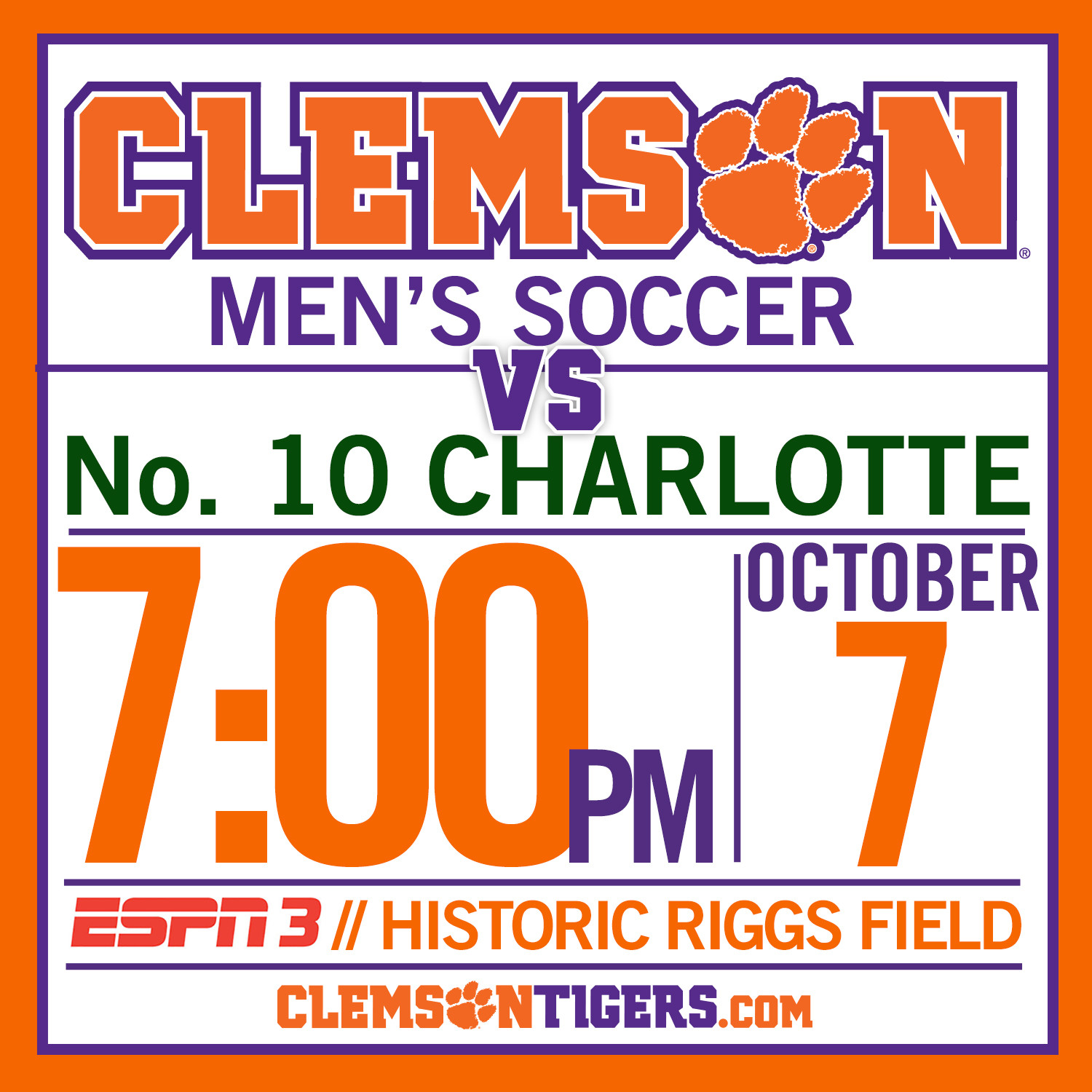 CLEMSON, S.C. – Fresh off a weekend trip to Chapel Hill, the Clemson men’s soccer team hosts No. 10 Charlotte Tuesday night at 7 p.m. at Historic Riggs Field. The game will be broadcast live on ESPN3 and tickets can be purchased via the Clemson Athletic Ticket Office.

The Tigers stand at 5-5-0 overall and 2-2-0 in the ACC this season after a 3-2 double-overtime loss to No. 9 North Carolina Friday night. Clemson scored two goals in the first 35 minutes of play, but could not hold off the Tar Heels. North Carolina scored the game-winner in the 102nd minute after a penalty kick was awarded.

Clemson has had 11 different players score this season, with junior T.J. Casner and sophomore Thales Moreno leading the way with three goals each. Casner’s nine total points lead the team and his 17 shots are second best. Sophomore goalkeeper Andrew Tarbell saved a career-best eight shots against North Carolina and has 16 saves on the season.

Charlotte is ranked tenth nationally by the National Soccer Coaches Association of America according to the poll released on Sept. 30. The 49ers stand at 8-1-0 on the season and are coming off a 3-0 win over South Carolina on Saturday, Oct. 4. Charlotte’s only loss was a 2-1 loss in double overtime to then-ninth-ranked Coastal Carolina on Sept. 5.

The 49ers knocked off Clemson last season 3-1 at Charlotte on Oct. 22. Clemson was ranked 14th nationally at the time.