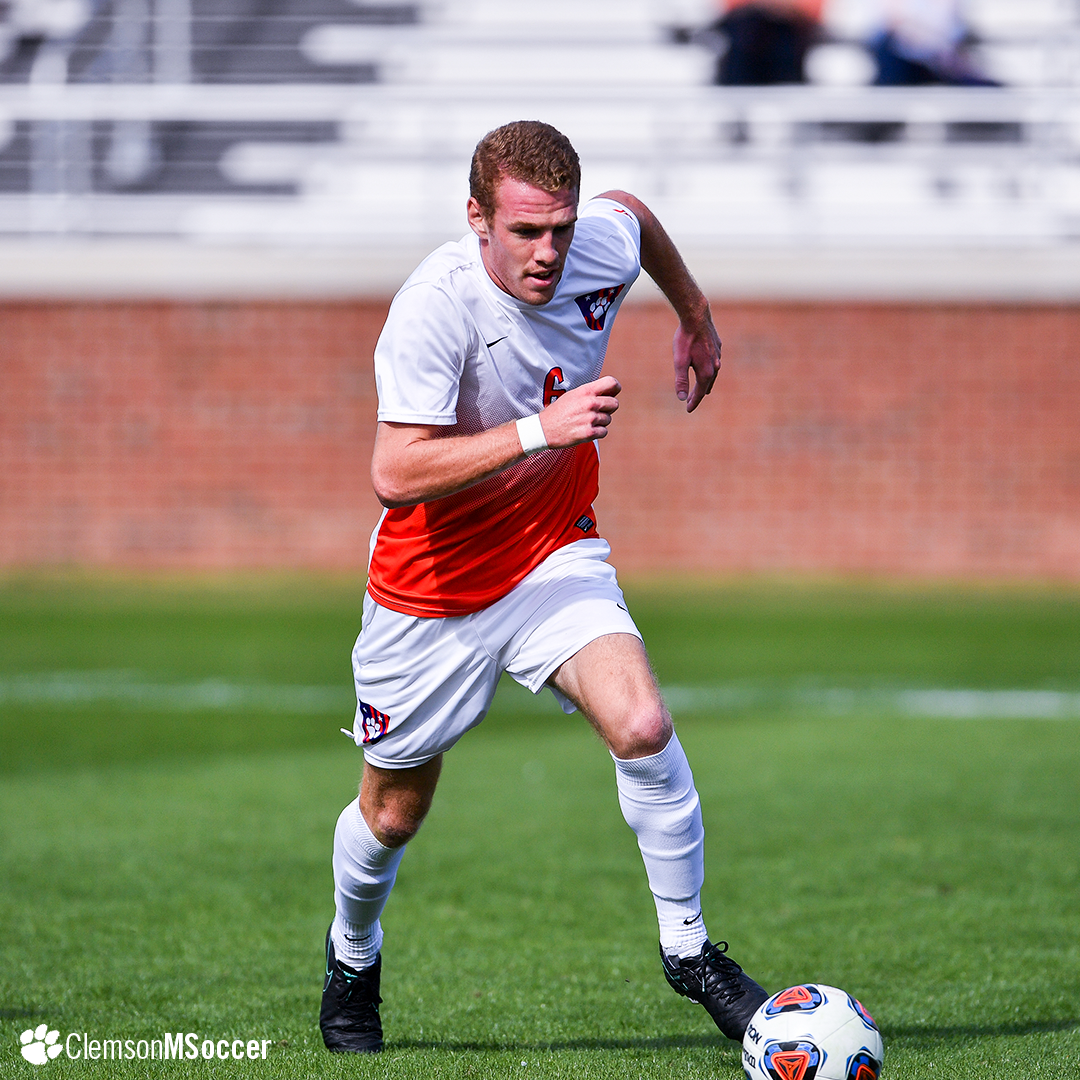 CHARLESTON, S.C. – The third-ranked Clemson men’s soccer team fell to second-ranked Wake Forest in the ACC Championship on Sunday afternoon, 3-1. The Tigers head into the NCAA Tournament (12-3-5) and turn their attention to the NCAA Selection Show tomorrow at 1:00 p.m.

Through the first 20 minutes of the match, Wake Forest had the Clemson defense pinned back deep in their half. The Demon Deacons created some dangerous set pieces, but the Tigers were able to hold strong. In the 27th-minute Wake Forest took a 1-0 lead after a clinical finish into the top shelf by Ian Harkes. Ten minutes later the Demon Deacons doubled their advantage when Jacori Hayes used his pace to beat the back line of the Tigers for his seventh goal of the season. With two minutes remaining in the half Wake Forest found their third goal of the match and would take a 3-0 advantage into the break.

Five minutes into the second half, junior Oliver Shannon had his header cleared off the goal line by a Wake Forest defender. In the 67th-minute a penalty kick was called in favor of Clemson and freshman, Tanner Dieterich stepped up and drilled the penalty bringing the score to 3-1 in favor of Wake Forest. The late surge by Clemson was not enough, and the Demon Deacons would claim the ACC Championship.

“Give Wake Forest credit they came out, had a good plan, and they punished us. We have played poorly a few times this season and haven’t been punished, and Wake Forest punished us, that is what good teams do,” said Head Coach Mike Noonan. “Tomorrow is a new day, and we are looking forward to the NCAA Tournament.”

In the match, Clemson outshot Wake Forest 14-8, and in the second half the Tigers outshot the Demon Deacons 10-4, but were unable to capitalize on their chances. Patrick Bunk-Andersen, Oliver Shannon, and Malick Mbaye were all named to the All-Tournament team