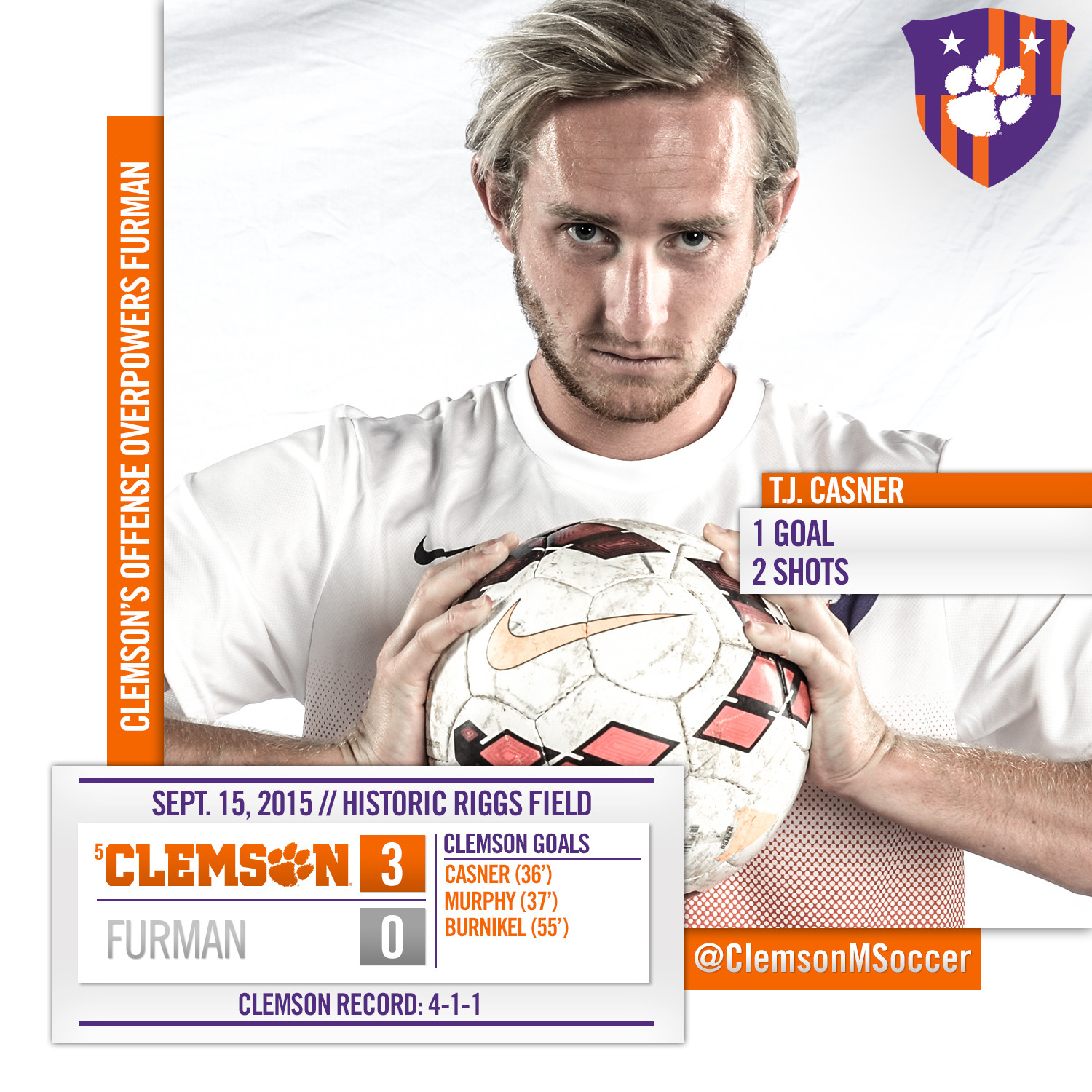 GREENVILLE, S.C. – The fifth-ranked Clemson men’s soccer team improved to 4-1-1 on the season with a 3-0 win over Furman Tuesday night in Greenville.

Senior T.J. Casner got the scoring started in the 36th minute with his second goal of the season. Casner took a free kick from the top of the box and scored into the lower right corner of the goal.

“I thought we were very fortunate to be up at halftime,” head coach Mike Noonan said. “Furman came out with a purpose. We got a good free kick goal from TJ, that kind of sent us on our way.”

About 30 seconds later, redshirt senior Kyle Murphy scored his first goal of the season to give Clemson a 2-0 lead. Murphy’s shot to the left post from 16 yards out was assisted by junior Iman Mafi, Mafi’s fourth assist of the season.

“The second goal was very well conceived, but I really thought Furman took it to us in the first half,” Noonan added.

Junior Austen Burnikel scored his third goal of the season in the 55th minute off an assist from sophomore Oliver Shannon, Shannon’s first assist of the season.

“Our response in the second half was very good. Credit to Furman, they keep coming,” Noonan said.

As a team, Clemson out-shot Furman 12-7. The Tigers took five corner kicks to Furman’s two. Redshirt junior Andrew Tarbell posted a clean sheet in goal and picked up his fourth win of the season, making two saves along the way.

Clemson returns to Historic Riggs Field for a pair of matches this weekend. Duke visits on Friday at 7 p.m., then Brown visits on Sunday at 2 p.m. More information will be posted to ClemsonTigers.com later this week.