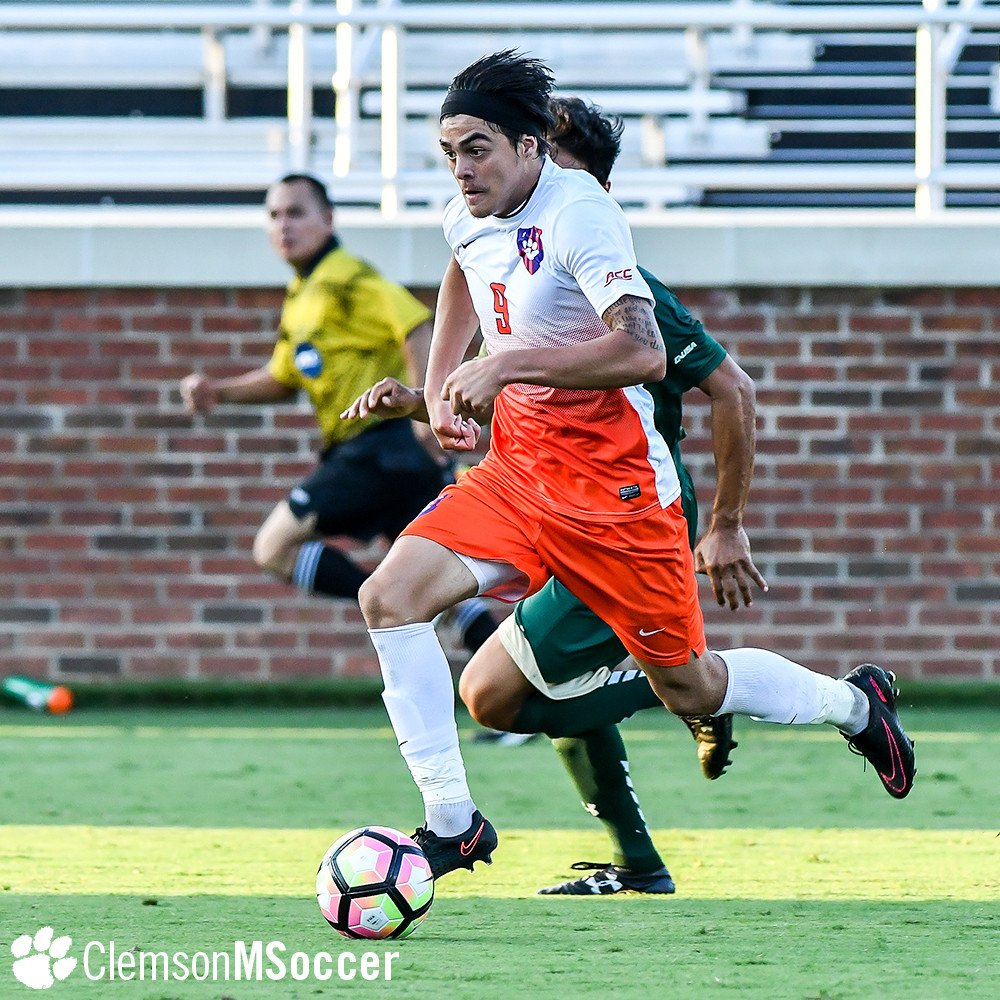 The Blue Devils jumped out to an early lead in the 10th minute, converting on a penalty kick from Carter Manely. Freshman goalkeeper Ximo Miralles got a hand on it, but could not keep the ball out of the net. Less than a minute later, the Tigers put together four quick passes before senior Thales Moreno slotted a through ball to Diego Campos, equalizing the score at 1-1. Duke gave an answer of their own just moments later when Cameron Mosley scored off a deflection from a Clemson defender, giving the Blue Devils their second lead of the night just 13 minutes into the game. The scoring slowed down and the Blue Devils took the 2-1 lead over the Tigers into the half.

The second half started much differently than the first when both sides were fighting for possession rather than goals. The Tigers and Blue Devils found themselves in great scoring positions throughout the half when the breakthrough came in the 80th minute. Senior Thales Moreno leveled the score at two after putting away a penalty with ten minutes remaining in the half.

“A great characteristic that has been developed in our program is we never give up. I am proud we were able to get something from the match,” said Head Coach Mike Noonan. “However, I am concerned that we have been inconsistent in our play. We started very poorly tonight in our first road test. We have a lot of work left to do as we prepare for an excellent South Carolina team.”

Clemson will be back in action when it travels to South Carolina for its regular season opener match on Friday, Aug. 26 at 7 p.m. The Tigers defeated the Gamecocks last season at Historic Riggs Field by a score of 3-0 in front of a record-setting crowd. The Tigers look to claim the first point in this year’s Certified SC Grown Palmetto Series.