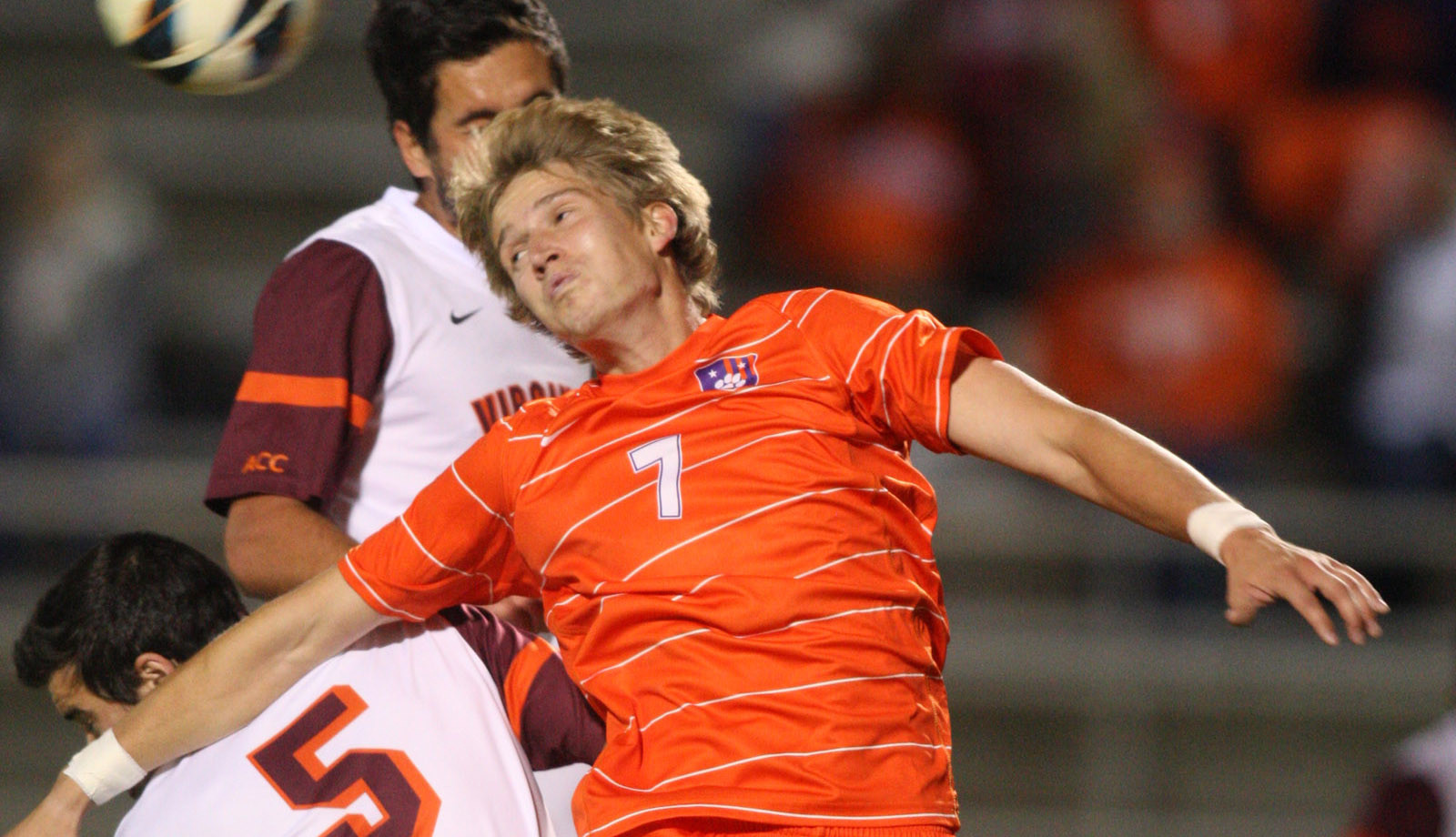 CLEMSON, SC – Alex Stockinger scored two goals and Austin Savage scored one goal and had one assist as Clemson defeated Virginia Tech 3-0 in an Atlantic Coast Conference men’s soccer match at Historic Riggs Field Thursday night.  This was the last regular season match before the start of the ACC Tournament.Tonight’s match was senior night for three Tigers, as seniors Francklin Blaise, Bo Godwin and Austin Savage were honored in pregame ceremonies.Clemson improves to 6-8-4 overall and 3-2-3 in the ACC.  Virginia Tech falls to 6-9-3 overall, 0-7-1 in league play.  Clemson will play host to Boston College on Tuesday night in the first round of the ACC Tournament at Historic Riggs Field at 7:00 p.m.The Tigers scored midway in the first half in the 24th minute.  Austin Savage collected the ball in the middle of the box and his 10 yard shot from the middle went into the netting just inside the right post for his eighth goal of the season.The Tigers struck again in the second half.  Clemson’s Paul Clowes sent a pass to Savage in the middle of the box.  He fired a shot but it rebounded off of the Virginia Tech goalkeeper Kyle Renfro.  Stockinger collected the rebound and sent a shot from eight yards out into the netting to give the Tigers a 2-0 advantage at the 63:48 mark.The Tigers scored again in the 71st minute.  Ara Amirkaninan crossed the ball from the right to Stockinger who fired a shot in the right corner of the netting for his second goal of the night and his third of the season.Clemson finished the regular season with a 3-2-3 mark in league games for a .563 pct.  This winning percentage in conference matches is the best for the Tigers since the 2001 season.”I was pleased in the way we prepared for tonight’s match,” said Clemson Head Coach Mike Noonan.  “I knew yesterday that we were going to perform well tonight.  Our preparation and hard work carried over into tonight’s match.  I am happy for our players and for the seniors on our team.  We get to play the first round of the ACC Tournament at Historic Riggs Field and this place has a great history for the Tigers being successful in tournaments.  We have the greatest fans in the ACC and I know they will show up on Tuesday as we start play in the ACC Tournament quarterfinals.”Clemson 3, Virginia Tech 0