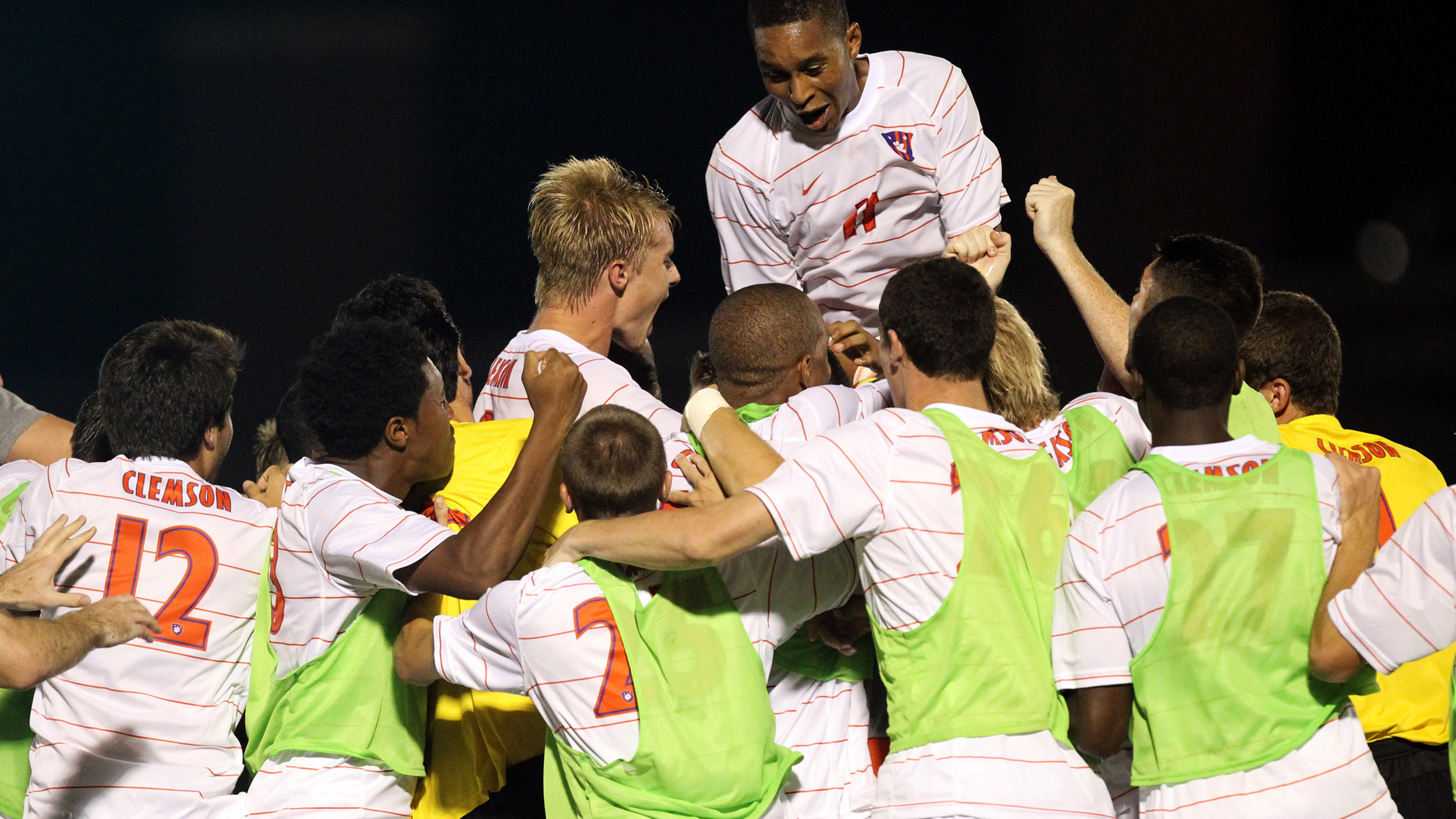 He is the first Clemson player in history to have his first career goal as a game winner in overtime against South Carolina.  This is the 11th overtime match between the two schools since the series was started in 1978.

With the win, Clemson improves to 2-0 on the season, while South Carolina drops to 1-1.

“It was a great goal as we won the game,” said Thales De Mello Moreno.   I am very happy for the team and our win.   It was the best moment for me at Clemson so far.  We must work hard and get ready for the next game.   I just remember coming up on a defender and I shot between his legs.   It’s great that we won the game.”

Clemson scored midway in the first half in the 23rd minute when Thomas McNamara converted on a penalty kick for his second goal of the year.  South Carolina’s Mahamoudou Kaba was called for a hand ball violation in the box that led to the penalty kick.

South Carolina evened the score at 1-1 in the 55th minute of play.  Ryan Arambula sent a corner kick to the far post.  Kaba headed the ball in from six yards out for his first goal this season.

Moreno scored the game winner at the 101:36 mark.  Moreno dribble down to the top of the box just left of the arc.  He sent a diagonal left-footed shot from 20 yards out that hit the right corner of the netting for his first career goal at Clemson.

“In the first half we played well, but we had only had only one goal to show for it,” said Clemson Head Coach Mike Noonan.   In the second half, we lost our way a little bit.  South Carolina deserves the credit as they stepped up the pressure.   We didn’t answer, and they scored off a corner kick.  “What I was proud of most this evening is our team took control of the game again with about 10 minutes left in regulation.   They brought the game back and started playing the way Clemson should play.   This shows that we are maturing.   We are certainly deeper that we used to be.    Thales is a young talent and has a lot of potential.  I’m very proud of him and happy for our team,” said Noonan.

The Tigers will play host to Virginia Friday night on Historic Riggs Field at 8:00 p.m. in the Tigers’ next action.