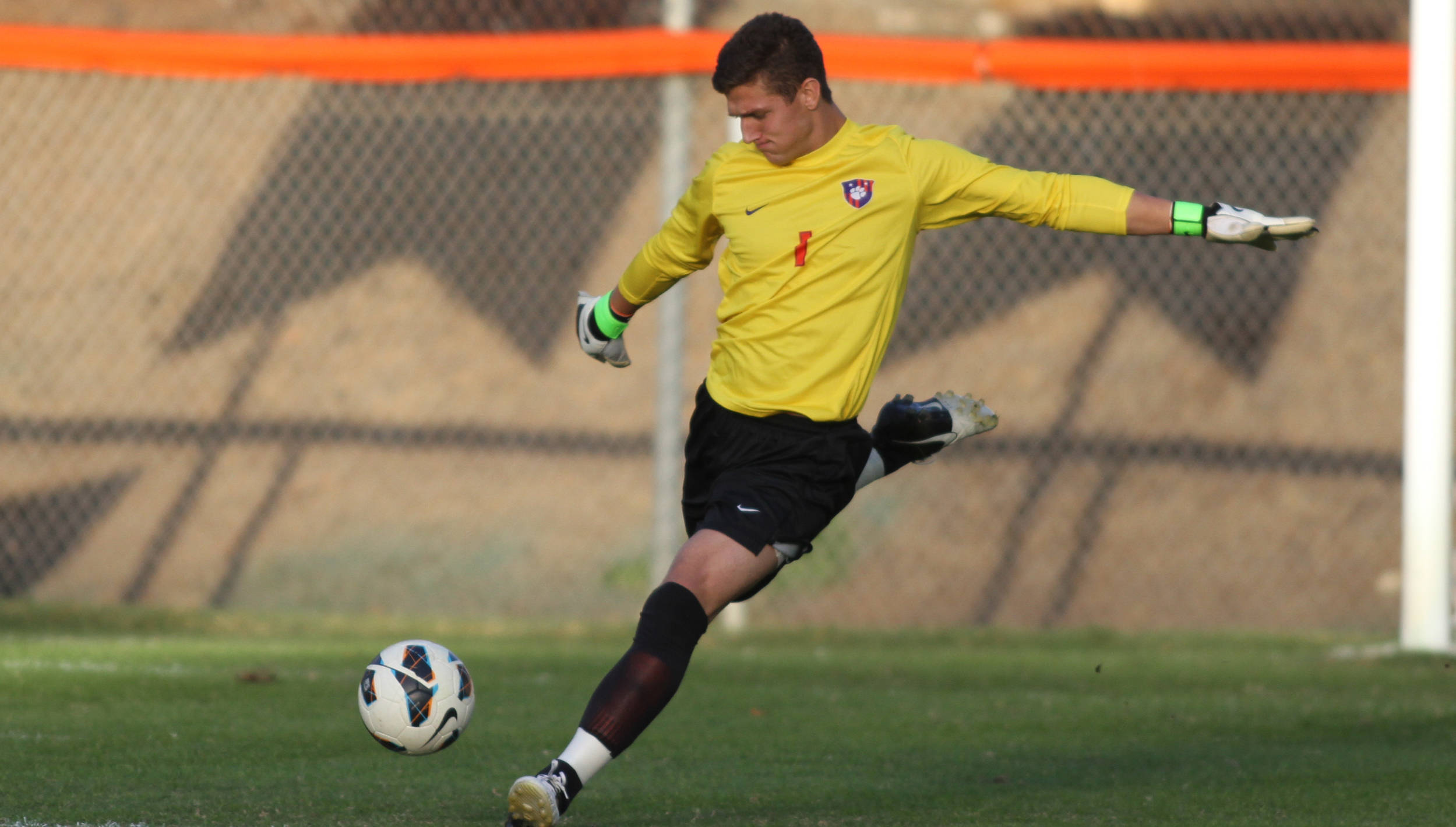 Clemson and #1-Ranked Maryland Play to a 2-2 Draw

COLLEGE PARK, MD – Clemson and #1 ranked Maryland played to a 2-2 draw in a men’s Atlantic Coast Conference Soccer match at Ludwig Field at College Park, MD Saturday night.  Clemson is now 5-8-4 overall, 2-2-3 in the ACC, while Maryland is now 14-0-2 overall, 6-0-1 in league play this season.  With the draw the Terrapins win the ACC regular season championship. Maryland scored early in the match as the Terrapins tallied a goal in the second minute of play.  Patrick Mullins fired a 20-yard shot into the netting for his 11th goal of the year giving the Terrapins a 1-0 lead. The Terrapins scored again early in the second period (46:33) as Schillo Tshuma scored his seventh goal of the season with assists by Mikey Ambrose and Sunny Jane.  Tshuma headed the ball in from close range to give Maryland a 2-0 advantage. “It’s very difficult to spot the number-one team in the country two goals and expect to come back,” said Clemson Head Coach Mike Noonan.  “It was a resilient effort by our team to come back.  Not many teams can overcome a deficit after being down 2-0 to the number-one ranked team.” “I was happy that we stayed in the game.  It was a good team effort,” added Noonan.   Clemson started the comeback in the 53rd minute.  Paul Clowes crossed the ball to Alex Stockinger who knocked the ball in the netting for his first goal of the season. The Tigers scored a short 6:27 later.  Clemson’s Austin Savage rifled a shot that hit the upright.  Amadou Dia was there for the Tigers to put the rebound in the netting for his first goal of the year to tie the score 2-2 at the 58:58 mark. “The team wanted to play well,” said Noonan.  “They have a confidence that when they play well, they can play with anyone in the nation.  Our hat is off to Maryland – they are a very good team.  We are going to work hard and prepare for Virginia Tech as they come to Clemson Thursday night.” The Tigers defeated #1-ranked Maryland 2-1 last year at Historic Riggs Field on October 28, in Clemson Phanuel Kavita scored the winning goal with 5:35 left to go in the match to lead the Tigers to victory last season. This was only the second tie in series history.  Including tonight’s match, Clemson leads the overall series 31-20-2.  In matches played at College Park, MD, the Tigers hold a 12-10-1 advantage. Clemson goalkeeper Cody Mizell and the Tiger defense withstood 17 Maryland shots.  Mizell made two saves in the match.  The Terrapins took four shots in the second period of overtime, but the Tiger defense was stalwart in the Terrapin attack.   Clemson will play host to Virginia Tech Thursday night at Historic Riggs Field in the last regular-season match of the season.  The following week the Tigers will participate in the ACC Tournament. Clemson 2, Maryland 2 Maryland – Patrick Mullins (John Stertzer) 1:28 Maryland – Schillo Tshuma (Mikey Ambrose and Sunny Jane) 46:33 Clemson – Alex Stockinger (Paul Clowes) 52:31 Clemson – Amadou Dia (Austin Savage) 58:58 Shots:  Clemson 7, Maryland 19 Corner Kicks:  Clemson 2, Maryland 5 Saves:  Cody Mizell (CU) 2, Keith Cardona (UM) 0 Fouls:  Clemson 10, Maryland 7 Attendance:  3,684