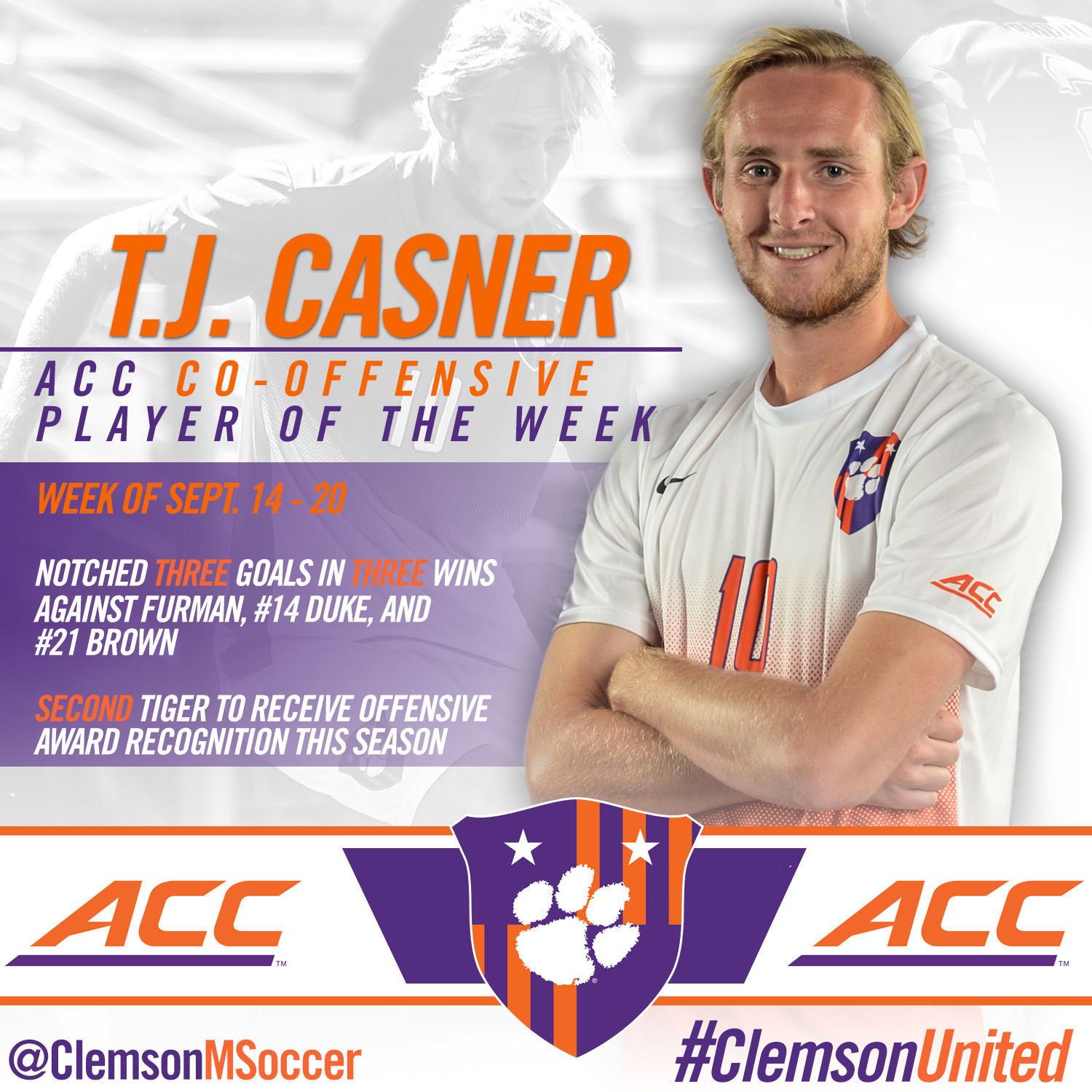 CLEMSON, S.C. – Senior forward T.J. Casner has been named ACC Co-Offensive Player of the Week for the week of Sept. 14-20, as announced by the conference Tuesday afternoon. Casner scored three goals last week in three Clemson wins, helping the Tigers improve to 6-1-1 overall on the season.

Casner scored what proved to be the game-winning goal in all three of the Tigers’ wins last week. Against Furman, he scored an unassisted goal on a free kick from 20 yards. His goal against No. 16 Duke in the 55th minute broke a 1-1 tie and gave Clemson its first ACC win of the 2015 season. On Sunday, Casner scored on a penalty kick in the Tigers’ win over Brown.

On Monday, Casner was named to the College Soccer News National Team of the Week for his performance last week. The senior from Irvine, Calif., is now tied for the team lead in goals (4) and tied for second in scoring (8 points). He leads the team in game-winning goals with three, having scored the game-winner in three of Clemson’s six wins on the season.

Casner is the second Clemson player to be named ACC Offensive Player of the Week this season, as senior midfielder Paul Clowes received the award on Sept. 1.