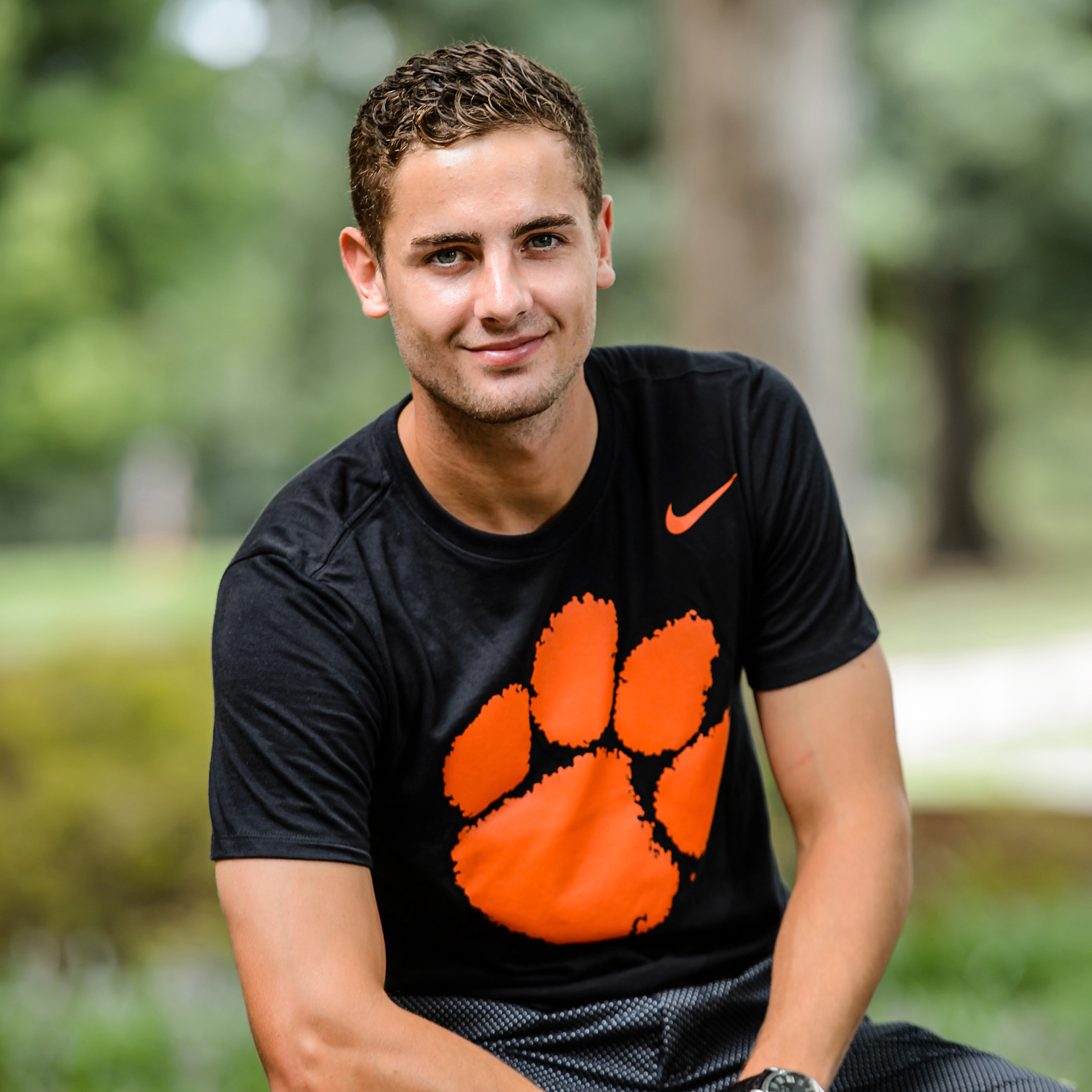 The MVP of the 2014 ACC Tournament made his first visit to Clemson on an Amtrak train and Greyhound bus and arrived at three in the morning.

Paul Clowes, a senior on this year’s Clemson men’s soccer team and team captain, is originally from Manchester in the United Kingdom. His first visit to Clemson did not get off to the best start.

“I was in Chattanooga, Tennessee all set to come here, but Clemson couldn’t get me a flight because I hadn’t taken my SAT yet,” said Clowes. “So ‘Jonesy’ (associate head coach Phil Jones) asked me to give him a few hours to figure it out. I was happy to.”

The move to Clemson was just one of several major life decisions Clowes had to make at a young age.

“When you turn nine, you have to decide on a side to play your next few years with,” stated Clowes. “I chose Manchester City despite being raised a fan of Manchester United. That was hard, but my parents let me choose. They cared more about what I enjoyed and what was important to me.

“Looking back on it, that was a pretty empowering thing for them to do for me at such a young age. They also empowered me to come over here and live my own life, which has been great.”

“It was a great learning experience for me, a great chance to develop my game a bit more.”

Around Christmas time in 2011, Clowes found out he would not be offered a professional contract by Manchester City. Still wanting to keep his dream of playing soccer alive, he starting looking at other options.

“I ended up cutting a highlight tape together and emailing over 70 schools just to introduce myself and tell them what I was about,” said Clowes. “From that, I heard back from about two-thirds of them.”

After doing extensive research, he narrowed his list down to four or five schools he was interested in visiting.

“I was all over the place,” stated Clowes. “Division I, Division II, NAIA…I wanted to see what might be the best fit for me.”

He made it to Clemson in March 2012, and he had seen everything he needed to see.

“When I came on campus, it was amazing,” stated Clowes. “The facilities we have here, compared to a very rich professional team like Manchester City, are probably better.”

Throughout all of these major changes in his life, Clowes has tried to keep one thing constant…he wants to be somewhere that feels like home.

“That’s really important,” he admitted. “It’s somewhere you feel comfortable with the people around you, where there’s a genuine care for my well-being. The coaches and everyone here are completely bought into the well-being of the student-athletes. That was huge for me. I felt that way at Manchester City at a young age, and I feel that way now.”

Those fortunate enough to spend a few minutes with Clowes will see that he looks at a much bigger picture and sees things through a much wider lens.

“I think its important to be able to discern between the places that value you as a person and realize there’s a lot to life other than soccer,” he noted. “Clemson is a place that works to develop you holistically. It’s something that’s huge to me.

“Soccer won’t last a lifetime, but an education and the friends and family you make here really do.”

With his collegiate career coming to a close, Clowes is already contemplating what his next major step might be. But beforehand, he gets to do something that is very important to him.

“I’m graduating in May, which I’m really proud of,” smiled Clowes. “I hope to graduate with above a 3.5 GPA in marketing. I set 3.5 as my goal to graduate with during my sophomore year. I’ve really prioritized academics. The education lasts a lifetime.”

The men’s soccer team got a taste of its ultimate goal last season with the ACC Tournament championship, the team’s first since 2001, but that only left the squad wanting more.

“I’m trying not to focus too much on the big stuff, because we still have a lot of things we think we can accomplish this fall. We have to keep working on the small things every day so we can be the best team we can possibly be.”

As for after Clemson, Clowes is still working on that. He would like to stay on the pitch, but he is ready for whatever might come his way.

“I want to be playing, ideally in the states and as a professional, but you never know what life holds. The future is as exciting as it is uncertain. I’m not too bothered by what happens. I trust that whatever comes my way will be the right thing for me.”