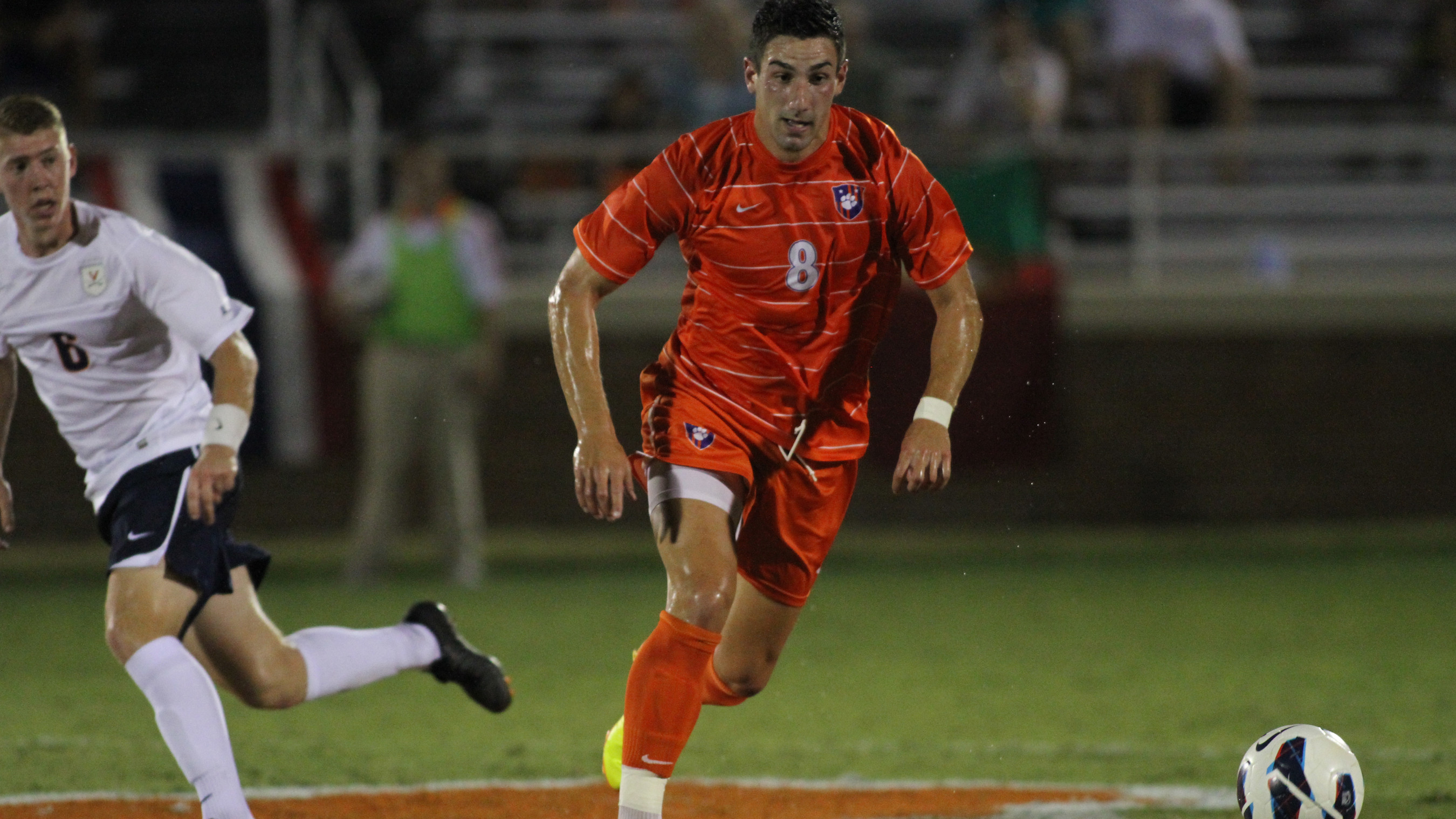 RALEIGH, NC – Manolo Sanchez scored in the first minute of play and a tough Tiger defense registered its fourth shutout of the year as ninth-ranked Clemson defeated N.C. State 1-0 in a men’s Atlantic Coast Conference soccer match at Raleigh, NC Saturday night.The Tigers scored early in the match.  With only :28 seconds gone, Manolo Sanchez scored on a diagonal shot from just inside the box.  His shot hit the left hand of the diving N.C. State goalkeeper Fabian Otte and trickled into the right corner of the netting for his second tally of the season.Clemson remains unbeaten on the season with a 5-0 record.  The Tigers are also 2-0 in the ACC.  N.C. State falls to 3-1 on the year and 1-1 in league play.  Clemson has given up only one goal in the first five matches of the season.  This is the first time that the Tigers have accomplished this feat since the 1983 season.  The 1983 Tigers gave up one goal in the first eight matches of that season.The Tigers are also off their best start since the 2006 season.  That year Clemson won its first eight matches.  It is also the first time since 2006 that the Tigers have begun 2-0 in conference play.“We rode our luck tonight,” said Clemson Head Coach Mike Noonan who won his 248th career match in tonight’s victory.  “It was a good road win, it was a physical match.“Paul Clowes, Jack Metcalf, and Chris Glodack were very critical in our efforts tonight.  It was a good team effort.  We showed mental toughness, getting the result on the road before a large crowd and facing a tough N.C. State team.”With 18 minutes left in the match, N.C. State’s Alex Martinez was driving in the center of the box.  Clemson’s Jack Metcalf, the last defender on the play, made a last- second tackle before Martinez could get a shot off knocking the ball out of the box preventing a one-on-one situation with the Tigers’ keeper.Clemson goalkeeper Chris Glodack had a career-high seven saves in the match, including one in the last three minutes of play to preserve Clemson’s lead.  The Wolfpack’s Nick Surkamp had an eight-yard shot near the left post but Glodack was there to make the save in N.C. State’s last serious threat.Clemson has defeated the Wolfpack five straight years with tonight’s victory.Sanchez’ goal is the third fastest to start a match in Clemson history.  Ironically, the second fastest goal is :25 seconds gone in a match as former Tiger Austin Savage scored the early goal against N.C. State on October 31, 2010.Clemson will play its next three matches at home.  The Tigers will play host to UNC-Greensboro on Tuesday, Maryland on Saturday Night and USC Upstate the following Tuesday.Clemson – Manolo Sanchez (Unassisted) 0:28Shots:  Clemson 6, N.C. State 17Corner Kicks:  Clemson 5, N.C. State 3Saves:  Chris Glodack (CU) 7, Fabian Otte (NCS) 4Fouls:  Clemson 11, N.C. State 12Attendance:  1,809