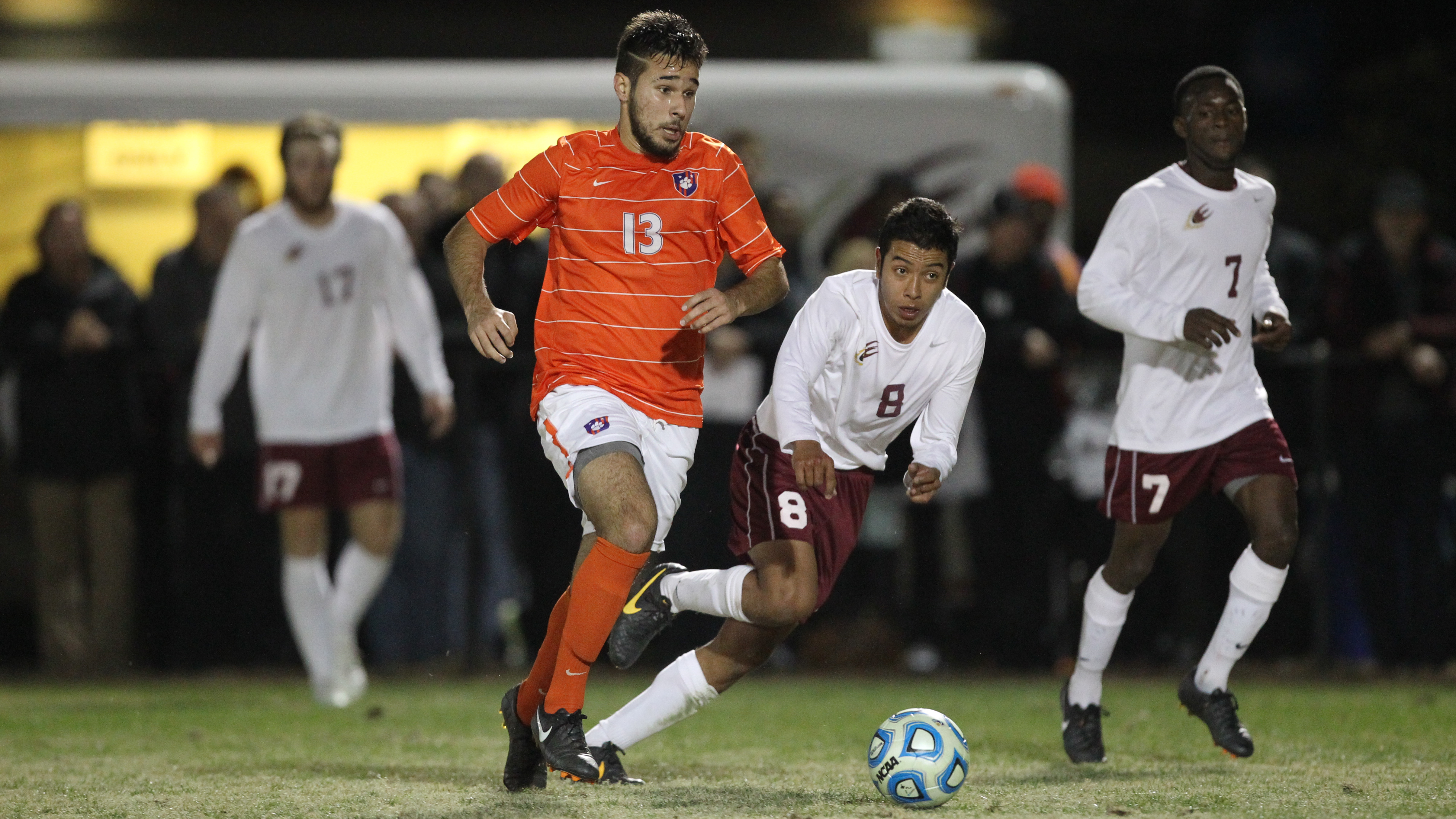 ELON, NC – #24 Clemson and #18 Elon played to a 1-1 tie, but the Phoenix won the penalty kick round 4-1 in the first round of the NCAA Men’s Soccer Tournament at Elon, NC Thursday night. Elon advances to the second round and will play at UCLA Sunday.The match ends in a tie. Elon is now 15-4-3 overall, while Clemson finishes the season with a 11-7-3 mark. Elon is ranked 18th nationally, while Clemson is 24th.Clemson dominated play in the first half. The Tigers had eight shots and six corner kicks before intermission compared to Elon’s one shot and one corner kick.In the 28th minute of play, Clemson’s Bobby Belair took a six-yard shot, but it was saved by the Elon goalkeeper, Nathan Dean. The Tigers’ T.J. Casner took an 18-yard shot that went just over the goal in the 30th minute of play.With less than two minutes left in the first half, the Tigers’ Manolo Sanchez‘ header went over the cross bar.Elon was more aggressive in the second half as the Phoenix took seven shots. They also had three corner kicks.Jason Waterman scored for Elon in the 59th minute of play. On a give and go, Waterman sent a pass to Nathan Diehl. Diehl gave the ball back to Waterman who sent an eight-yard shot into the netting near the right post. It was Waterman’s 12th goal of the season.With 27 minutes remaining, the Tigers’ Austen Burnikel had a nice look at the goal but his shot from close range was saved by a defender. Midway in the second half, Clemson’s Thales Moreno took a shot that hit the cross bar but the ball hit down in front of the goal and after a clearance, Happi missed with his follow shot.Clemson scored in the 70th minute of play. Jack Metcalf crossed the ball from the right to Moreno. Moreno fired a shot from 18 yards out at the top of the box to tie the score 1-1. This was Moreno’s second goal of the season.In the second overtime period, Elon took four shots, to Clemson’s one attempt. With 4:40 left to go in the second overtime period, Charles Howard sent a long-range shot on frame, but the ball was knocked over the goal by Clemson’s Andrew Tarbell.The Tigers’ T.J. Casner took a shot with 4:30 remaining but the attempt went high.”I’m very proud of the team,” said Clemson Head Coach Mike Noonan. This was the third different team he has taken to the NCAA Tournament. “It’s a difficult way to exit. This was a special team for us this year. I thought we played well, and we were resilient all season.”Scoring SummaryElon – Jason Waterman (Nathan Diehl) 58:51Clemson – Thales Moreno (Jack Metcalf) 69:49Shots: Clemson 19, Elon 12Corner Kicks: Clemson 9, Elon 5Saves: Andrew Tarbell (CU) 2, Nathan Dean (EU) 3Attendance: 3,348Penalty Kicks:Elon – Matt Wescoe, MadeClemson – Thomas McNamara, MadeElon – James Brace, MadeClemson – T.J. Casner, MissElon – Caue Da Silva, MadeClemson – Amadou Dia, MissElon – Jason Waterman, MadeElon wins Penalty Kick Round 4-1