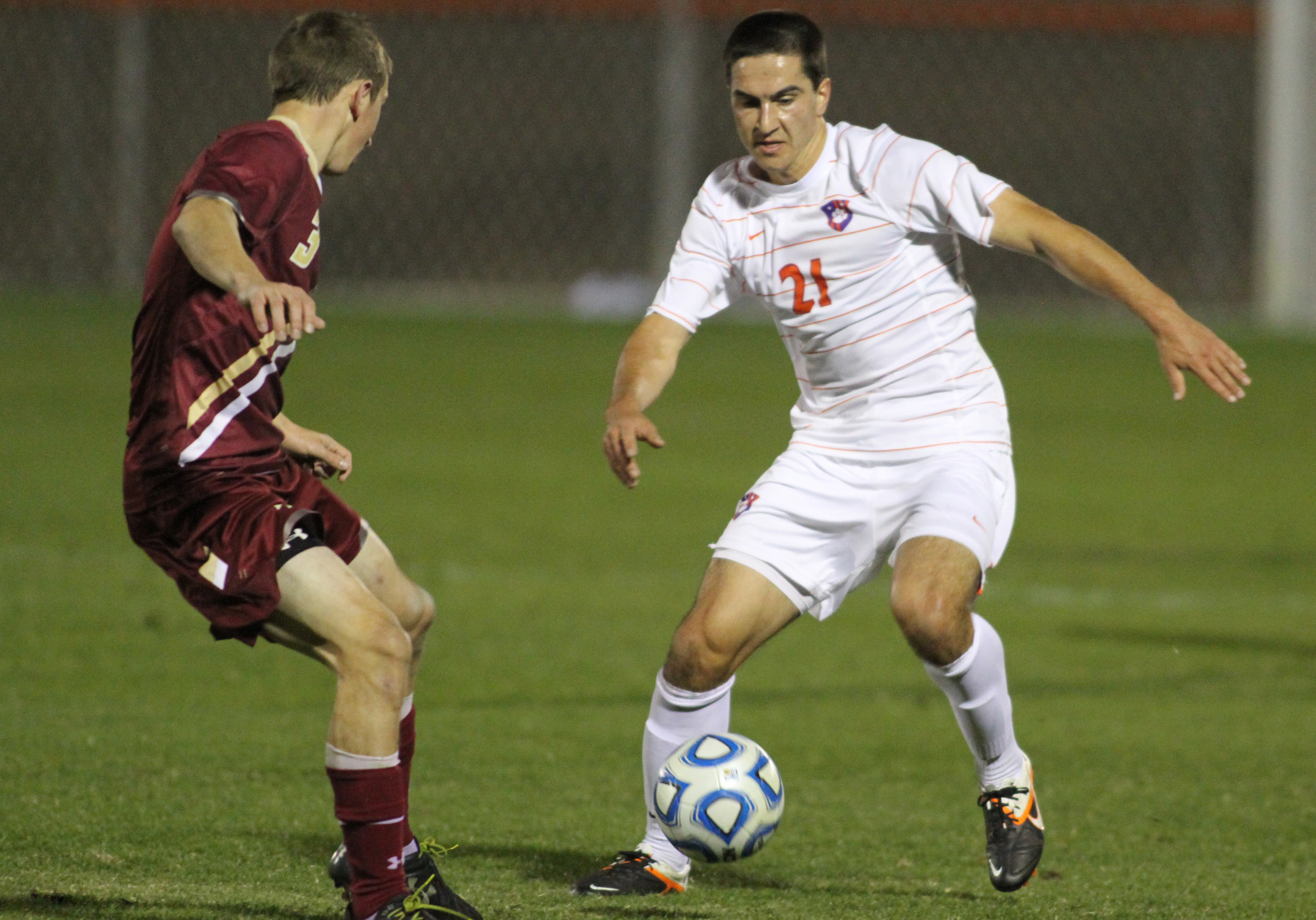 GERMANTOWN, MD – Maryland scored late in regulation and then scored on an own goal in the second overtime period to defeat Clemson 2-1 in the semifinals of the 26th Annual Atlantic Coast Men’s Soccer Tournament at the Maryland SoccerPlex in Germantown, MD Friday night.Maryland improves to 16-1-2 overall, while Clemson falls to 6-9-5 this season. The Tigers were seeded fourth in the tournament, the best seed since the 2001 season. It was also the first time the Tigers reached the semifinal round since the 2005 season. The Terrapins came into the tournament as the top seed. The two teams played to a 2-2 draw in the regular season when Maryland was ranked number-one at College Maryland, MD. Last year, Clemson defeated the number-one ranked Terrapins at Historic Riggs Field. “I thought we played exceptionally well and hard,” said Clemson Head Coach Mike Noonan. “We couldn’t sustain our level of play for the full 90 minutes. Maryland is a little deeper than we are, and we conceded a goal late in regulation.”Clemson scored first at the 23:28 mark in the game. Manolo Sanchez sent a hard, direct cross to Amirkhanian who headed the ball in for his fifth goal of the year. The Clemson defense played stingily and kept the number-two ranked team at bay until the closing minutes of regulation.Maryland tied the score with 6:31 left to go in regulation. Patrick Mullins scored his 13th goal of the year with assists by Schillo Tshuma and Jake Pace. Mullins scored from five yards out.After a shot-less first overtime period, Maryland had a corner kick early in the second overtime period and was able to end the game from this opportunity. The Terrapins scored the golden goal in the 103rd minute of play when Maryland’s Helge Leikvang served a corner kick into the box and the ball deflected hard off of a Clemson defender and into the goal. “Maryland is an outstanding team. Good teams like Maryland find ways to win these types of games and we are still learning these lessons,” said Noonan. “Sometimes the breaks do not go your way. We played hard, and we had our chances but could not convert. We credit Maryland as they are a good team,” said Noonan. Maryland outshot the Tigers 14-12 and the Terrapins added most of their second half shots in the last 10 minutes of the game. The Clemson goalkeeper Cody Mizell made three saves, while the Maryland keeper Keith Cardona also had three. ScoringClemson – Ara Amirkhanian (Manolo Sanchez) 23:28Maryland – Patrick Mullins (Schillo Tshuma and Jake Pace) 83:29Maryland – Own Goal 102:18Shots: Clemson 12, Maryland 14Corner Kicks: Clemson 3, Maryland 5Saves: Cody Mizell (CU) 3, Keith Cardona (MD) 3Fouls: Clemson 11, Maryland 12Attendance: 5,981