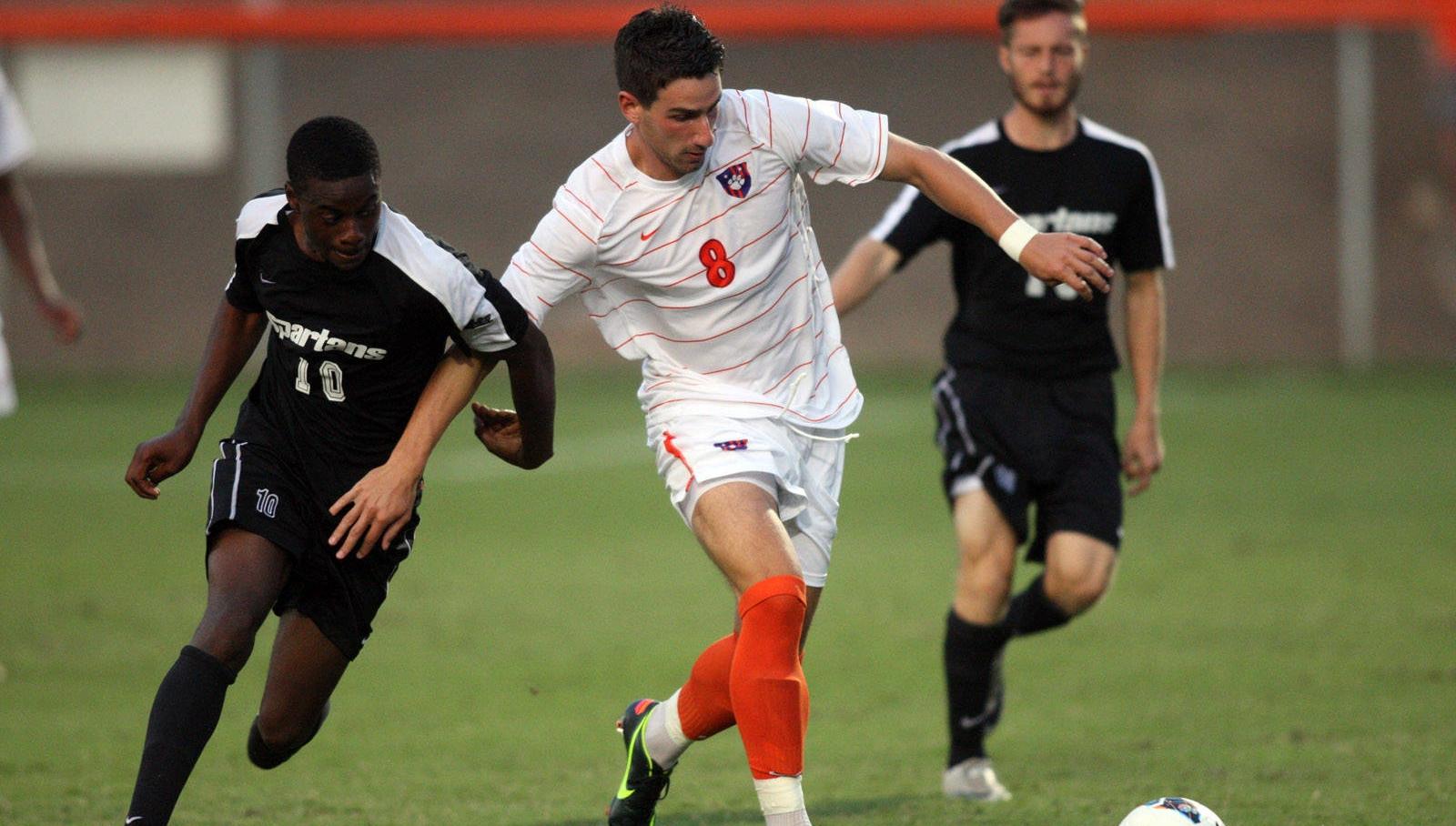 BLOOMINGTON, IN – Dillon Powers scored what proved to be the winning goal in the first half in leading 15th-ranked Notre Dame to a 2-1 victory over Clemson in the Indiana Invitational at Bloomington, IN Sunday.

With the win, the Fighting Irish improves to 3-0 overall, while Clemson falls to 1-2- 1 this season. Notre Dame is ranked 15th in the lastest polls. The Fighting Irish won the tournament as Indiana and San Diego State played to a scoreless tie in the second match of the day.

Two Clemson players, Kyle Fisher and Jack Metcalf were both named to the all- tournament team. Fisher is a freshman and Metalf is a junior.

All of the scoring was done in the first half. In the 15th minute of play, Kyle Richard took a shot that hit the post. The Clemson defense cleared the ball, but it went to the Irish’s Alex Priede who knocked the ball in the netting for his first goal of the season.

Clemson tied the score in the 26th minute. Jack Metcalf played the ball to Manolo Sanchez who fired a hard shot into the goal for his first tally of the season.

Notre Dame scored the go-ahead goal right before halftime in the 43rd minute. Ryan Finley made a run in the box and laid the ball off to Powers who sent a shot into the goal, giving Notre Dame a 2-1 advantage with 2:18 remaining in the first half. Notre Dame took 19 shots, six of those were on frame.

Clemson took six shots, and three of those attempts were on goal. Notre Dame had six corner kicks, and the Tiger had five. Both teams had four corner kicks in the second half. Clemson had a chance to knot the score in the 66th minute. Sanchez took a shot and hit the cross bar, and the Tigers followed with a flurry, but was unable to score.

Clemson will play host to ACC-foe Wake Forest on Friday night at 7:00 p.m. at Historic Riggs Field in the Tigers’ next home match.