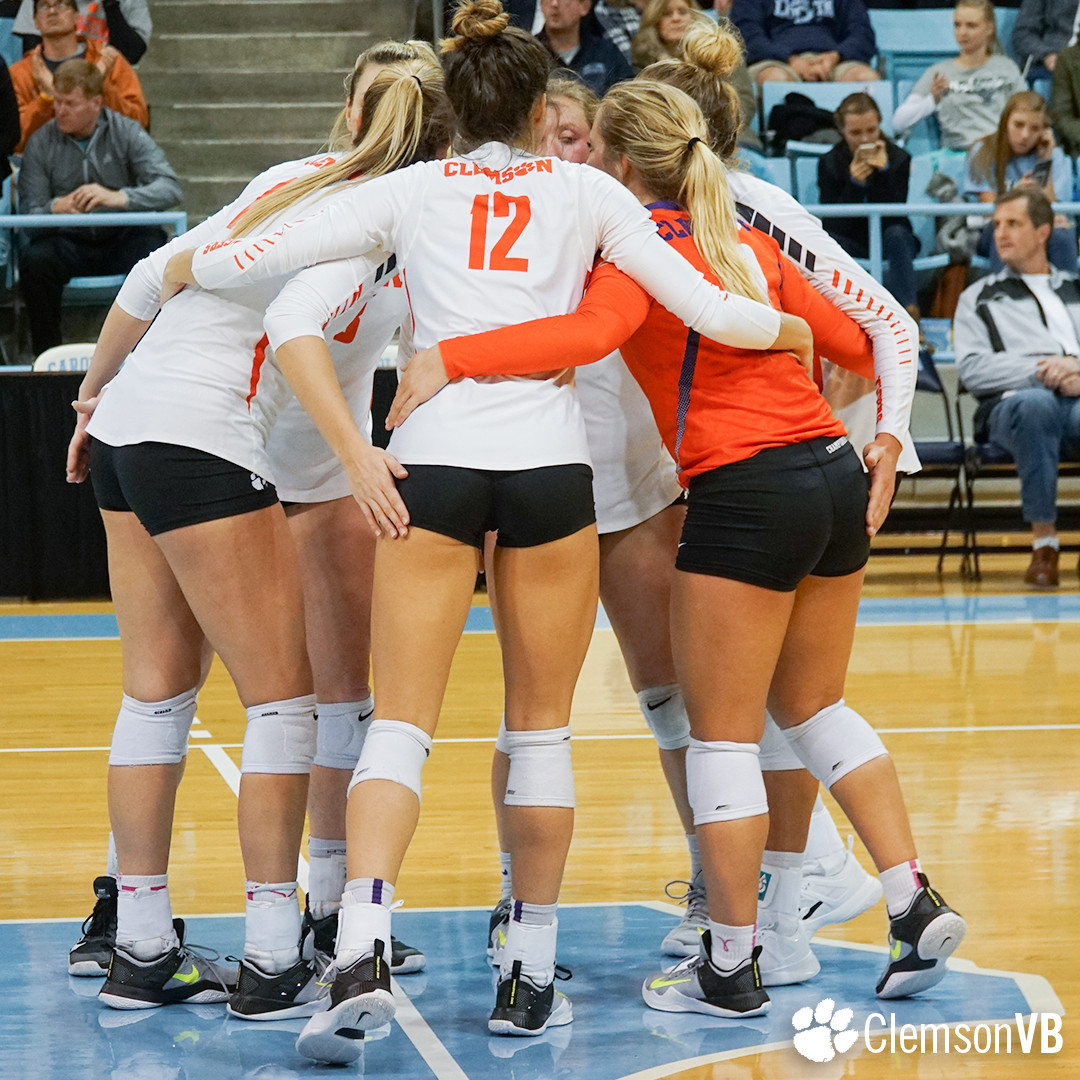 The Tar Heels came out firing to open the match, pushing out to an early 15-6 lead. A kill from freshman right side hitter Alyssa Deloney that was dimed by senior setter Keely Hayes shifted momentum the Tigers’ way. Deloney’s kill initiated a 10-1 Clemson run, which would tie the match at 16-16. The Tigers and Tar Heels traded the next four points before UNC went on a 7-2 run to take the first, 25-20.

After trailing 4-1 to open the second, Clemson went on a 4-0 run with sophomore defensive specialist Emily Curtis behind the service line for three straight points to take a 5-4 lead. The two teams stayed neck and neck midway through the second as a Korte kill tied the set, 15-15. From there, the Tar Heels embarked on a 10-3 run to close the set, taking a 2-0 lead heading into the break.

Clemson kept it close early in the third as a kill from junior middle blocker Megan McGinley tied the set, 4-4. From there, the Tigers could not find their rhythm, surrendering a 10-4 run to give the Tar Heels a 14-8 lead midway through the third. A UNC attack error put Korte behind the service line, but the Tigers could not create a run of their own as UNC closed out the set and match on an 11-3 run.

Up next, Clemson travels to Georgia Tech Wednesday for the Tigers’ final road match of the season. Wednesday’s contest against the Yellow Jackets will air on ACC Network Extra. Live stats for next week’s matches can be accessed on clemsontigers.com.